It’s no secret that Americans love big and heavy vehicles. According to recent annual sales from Kelley Blue Book, a vehicle valuation and research provider, the move towards SUVs and trucks will only get better.

While most of these vehicles project dismal fuel economy, they make up for it with ample space and utility, not to mention the pride of owning a larger machine.

In our list of cars that weigh around 5000 lbs, we have only included models that are still very popular today and some of the top-selling vehicles in 2021 and beyond.

Now, let’s get down to business and look at the cars that weigh 500 pounds.

With a curb weight of 5017lbs, the Mercedes-Maybach is almost 400pounds heavier than the non-Maybach model. This is thanks to the additional luxury equipment and the extra sheet of metal added on the S560.

For the simple fact that this Maybach is bigger, heavier, and more luxurious than the S-class, expect it to be more expensive and with poorer fuel efficiency. The car is in the same class as the Rolls-Royce Phantom, so in reality, you are getting a great deal.

Naturally, electric cars are heavier than their gasoline-powered counterparts, especially if you are talking about SUVs. It’s no surprise then that the Tesla Model X series weighs around 5000 pounds, with the heaviest P100D tipping the weight at 5531lbs.

This new model has the added practicality of a third row of seats which is very appealing for families. The vehicle may not be as luxurious as the Model S sedan, but it’s more spacious and handles better on the road.

At 5335lbs, the Mercedes-Benz GLS easily makes it to the list of cars that weigh around 5000 pounds. It’s also one of the largest luxury SUVs and one of the most powerful. Throw a pair of cylinders under the hood of this vehicle, and the weight goes up to 5578lbs.

The Mercedes-Benz GLS boasts a lavish cabin, more than ample cargo capacity, and a range of powerful engines. The car has amazing gas mileage and handles pretty well for that size, especially on rough terrain.

The 2021 Volvo XC90 is one of the most stunningly stylish mid-range SUVs in the market today. Looking at it from the outside, you cannot believe the car weighs 5170 pounds. However, this is easier to believe once you see the spacious interior with 3-row seats, all with ample legroom.

The new Volvo XC90 boasts a trio of four-cylinder engines, a gloss-black grille, and an updated speaker system that makes it sound like a club. You would be forgiven to think this is a lightweight car seeing how it leans around curves, but it has a pleasing heft that kicks the balance between feather-light and heavyweight vehicles. 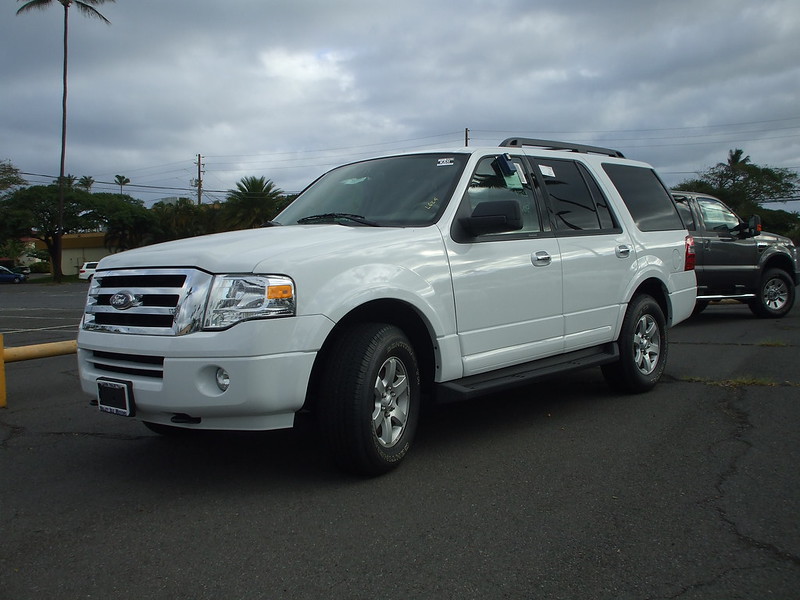 The use of aluminum helped the Ford Expedition shed some weight to where it is today at 5433 lbs in short wheelbase and 5544lbs with a long wheelbase. This new Ford Expedition also uses a lighter V6 engine, bringing the weight down by at least 300lbs.

This is a great improvement in weight as one of the first Expeditions weighed over 7600 lbs and came with a 7liter turbodiesel V8 engine. Despite the additional equipment Ford has used to make the jump from mainstream vehicle to a luxury one, the Ford Expedition remains at a good weight, now below 5500 pounds. 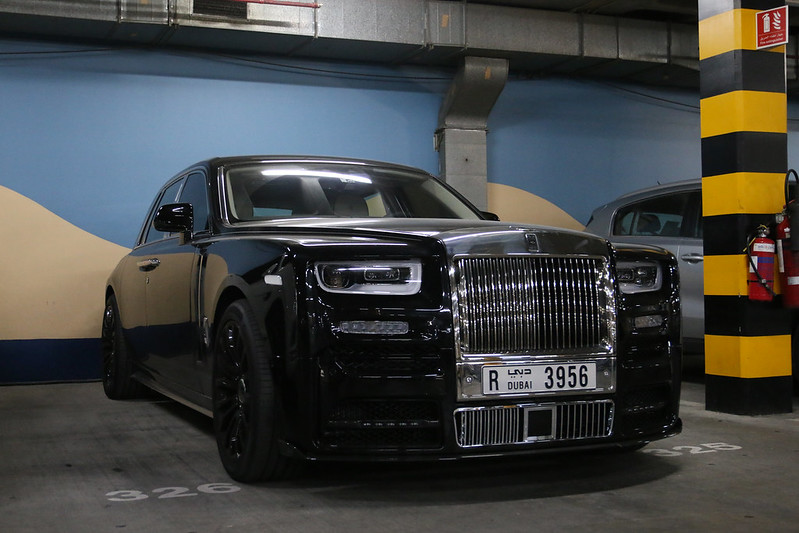 Luxury doesn’t get better than the Rolls-Royce Phantom. As you can imagine, such luxury comes at a weight, 5643 lbs to be specific in its short wheelbase form. If you want the extended wheelbase, the vehicle’s weight goes up to 5745 pounds easily.

This elephantine weight is despite the fact that the Phantom is made of aluminum, at least for the space frame. However, you get to appreciate the weight when you hear that a car can move from 1-100 miles per hour in 12 seconds. 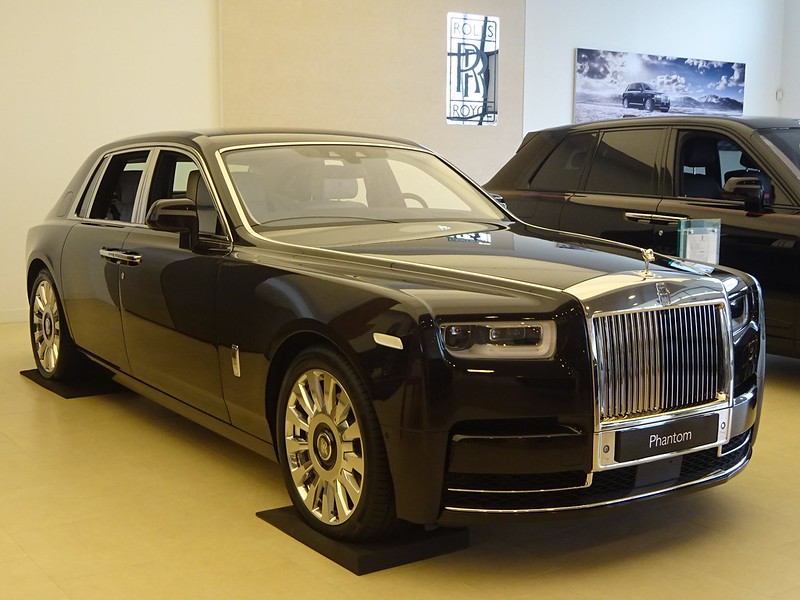 The Rolls-Royce Ghost needs no introduction as it’s one of the most famous cars in the world. Named in honor of the Silver Ghost, the new Ghost was designed to be a smaller, more realistic version of the Phantom, which explains the lower price tag.

Ghost weighs a comfortable 5445lbs, thanks to the new aluminum space frame chassis, a move away from the BMW platform that the old Ghost was on. The new space frame means significant weight savings, which translates to a more comfortable ride. While the vehicle may be smaller in theory, the space between the front and rear seats is quite generous so passengers can relax in comfort.

According to Ford, the new F-150 Raptor is tougher than before and smarter than ever. This vehicle has been purposely redesigned to be the toughest, most productive truck in our time and its 5208 lbs curb weight is evidence of that.

The Ford F-150 Raptor merges premium-grade muscle with next-level intelligence and design, making it a beast with a brain. Its strength comes from the high-strength military-grade aluminum-alloy body and high-strength steel frame. It is a true off-roader designed to take on the toughest terrain that any other 4-wheeler would not be able to. 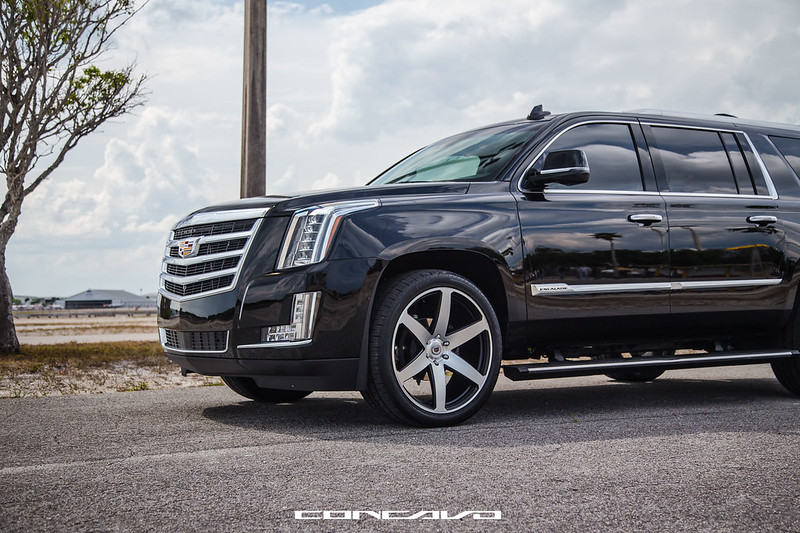 The Cadillac Escalade ESV is one of the heaviest cars in the market. A two-wheel drive weighs around 5831 lbs, while a smaller one is 5578 lbs without a four-wheel drive.

However, this weight is justifiable considering the vehicle’s trunk space is nearly 121 cu ft when you fold the two back rows of seats. If you can’t imagine the size, most dorm rooms are smaller than that. 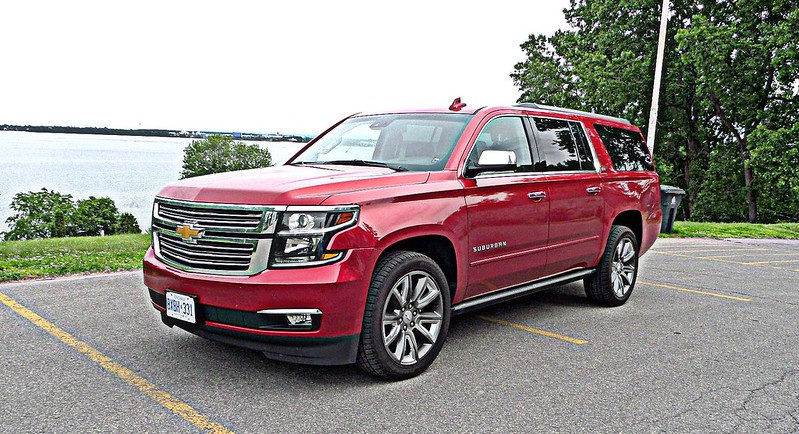 The 2021 Chevrolet Suburban was voted in as the Best Large SUV for Families by the U.S News & World Report for good reasons. With a curb weight of 5586 pounds, this vehicle offers best in class legroom for both second and third-row, providing plenty of space for passengers and a massive cargo area.

The Chevy Suburban comes in six trims to ensure every driver finds the perfect mix of comfort and utility, including legendary off-road capabilities.