Buses get heavier and withstand larger and larger loading capacities the further we move into the twenty-first century, as the technology and engineering surrounding mass transportation also advances forward with the times.

This engineering phenomenon has led to the creation of some truly massive machines that allow humanity to move large groups of people at once, particularly in high tourism areas. These buses are some of the heaviest in the world and are designed to navigate some of the most crowded street traffic.

Ten of the heaviest buses in the world from lightest to heaviest, according to curb weight or gross vehicle weight in pounds (lb) are as follows:

Read on to find out more about each of these monster machines and how much they weigh. 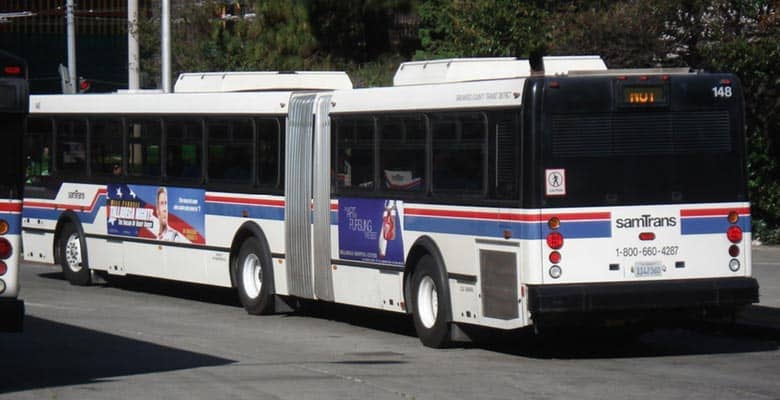 The NABI 60 LFW is a bus by the North American Bus Industries (NABI) and is a 60-foot low floor articulated bus that was manufactured from 2002 through 2008.

In 2009, all NABI 60 LFW buses were abruptly pulled from service following a series of recorded structural problems such as poor suspension, malfunctioning rear doors, and weakness of the articulation joint. 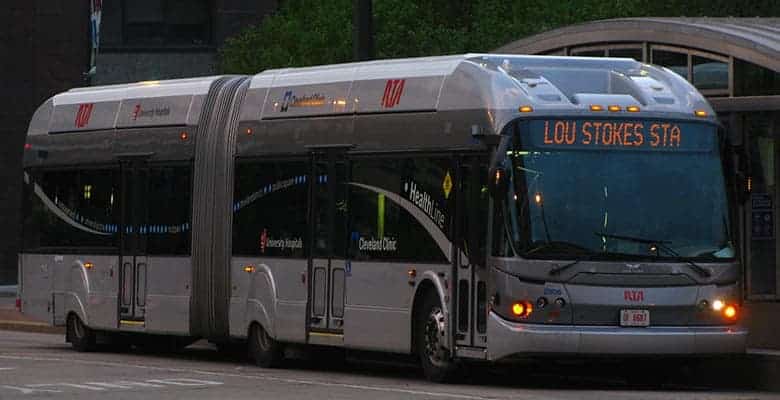 The New Flyer Low Floor (LF) 60-foot articulated bus was designed for Bus Rapid Transit (BRT) systems and was manufactured by New Flyer Industries from 1991 through 2014.

The LF line of buses was discontinued when New Flyer Industries introduced the Excelsior bus in 2014. New Flyer LF buses were sold with a variety of motors ranging from conventional diesel and combustion engines to electric hybrids and buses powered by hydrogen fuel cell. 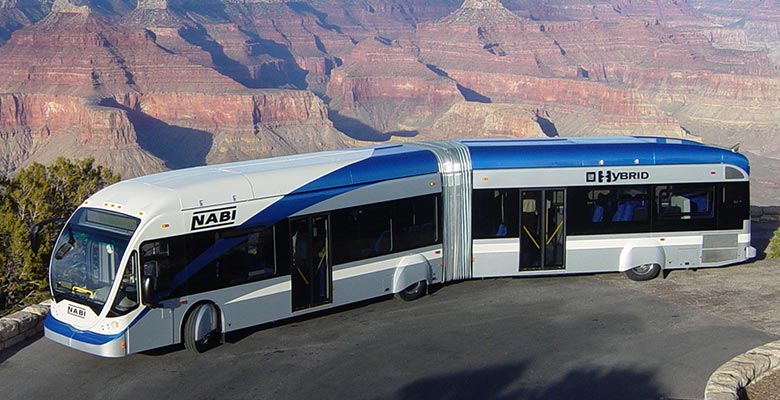 The NABI 60-BRT is a 60-foot low floor articulated transit bus that was first delivered to work the Los Angeles mass transportation system in 2005. The NABI 60-BRT’s passenger capacity (including standing room) is 119 people including the driver.

NABI was acquired by the transit corporation New Flyer in 2013, and all the NABI’s products, including the NABI 60-BRT, were discontinued by 2015. The NABI 60-BRT hybrid model was used on the Orange Line of Los Angeles County, the first dedicated BRT corridor in America. 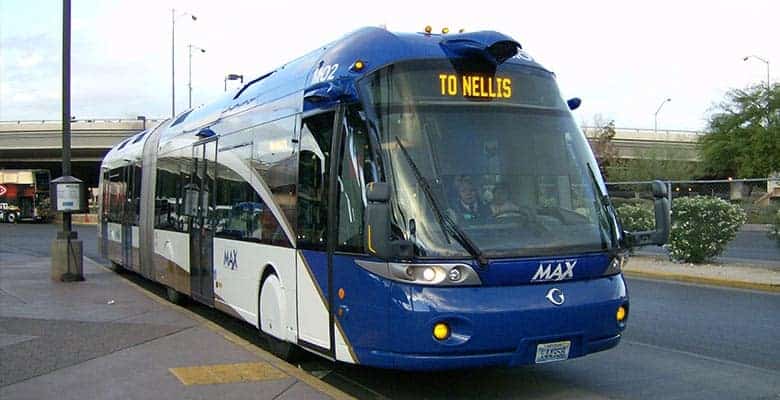 The French-built Irisbus Civis is an articulated transit bus designed for the bus rapid transit system of Las Vegas, Nevada. Las Vegas was the first and only operating system of the Civis in North America.

The Civis is a diesel-electric hybrid and features self-guidance that allows the bus to steer itself while the driver maintains control over acceleration and braking functions. 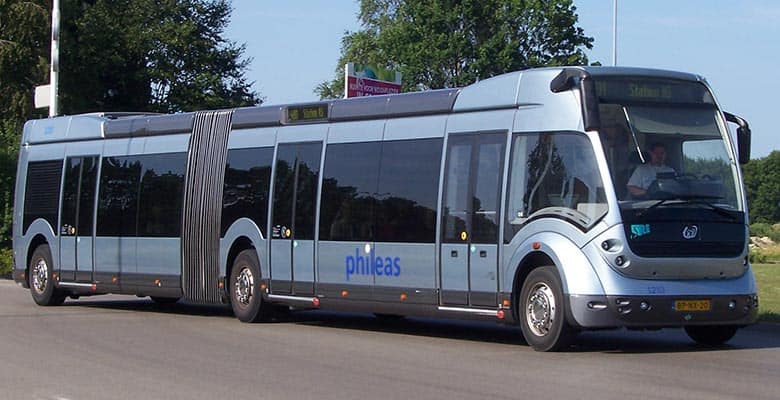 The Phileas 80 and 85 are rapid transit buses developed by Samenwerkingsverband Regio Eindhoven (SRE) and are named after Phileas Fogg, the protagonist of Jules Verne’s Around the World in Eighty Days.

The Phileas 80/85 were originally designed to be operated without a driver via magnetic guidance system, but this system has since been discontinued by the regional authority for urban transit in Eindhoven.

These buses have been procured for tourism purposes by Istanbul, but due to routine overcrowding of the buses that far exceeds their recommended carrying capacity weight, modifications were later made to the bus axles to mitigate the problem.

The Volvo 9700 is a coach style travel bus introduced by Volvo in 2001 as a replacement model for the Carrus Star bus and the Vector/Regal model lines.

In Sweden, Norway, and the northern part of Finland, the Volvo 9700 is available as a bruck, or a bus-truck hybrid, for the function of transporting heavy cargo. The bruck style Volvo 9700 went out of style after the mid-engined B12M bus chassis was discontinued in 2009.

The Setra S417TC has a gross vehicle weight of 50534 pounds (22921 kg) and is manufactured by Setra, a German bus division of EvoBus GmbH. The name “Setra” comes from the German word “selbsttragend”, which means “self-supporting”.

This refers to the integrated nature of Setra’s bus engineering standards back in the 1950s, when all its closest competitors still featured a separate chassis and body.

The designation S417 is meant to classify the S417TC in two ways. The 400 class means that the bus features a high floor construction (no wheel arches in the passenger cab) and the “17” means that the bus contains seventeen seat rows. The “TC” stands for the model “TopClass”. 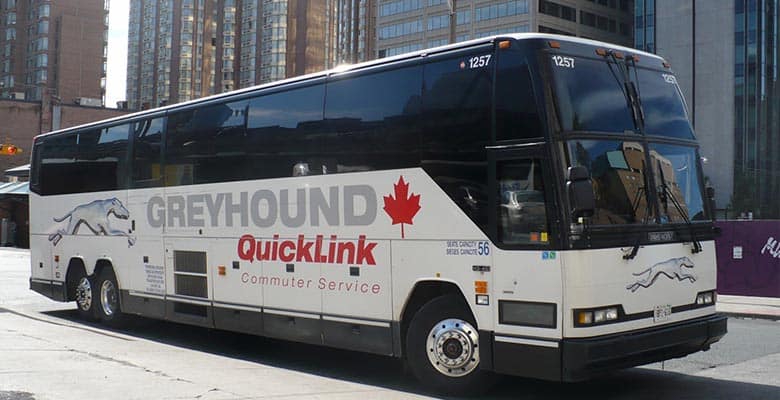 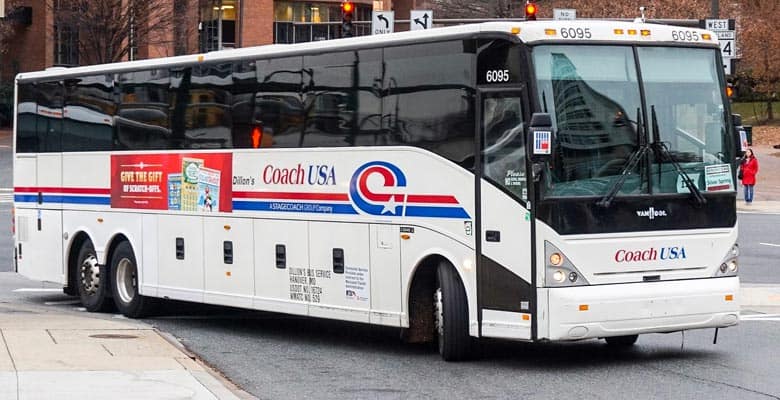 The Van Hool CX45 is manufactured by ABC Companies, the North American branch of Belgium’s Van Hool corporation. This motor coach was launched in November 2013 along the TX range of motor coaches in central Florida. The CX45 is an evolved model of the C2045. 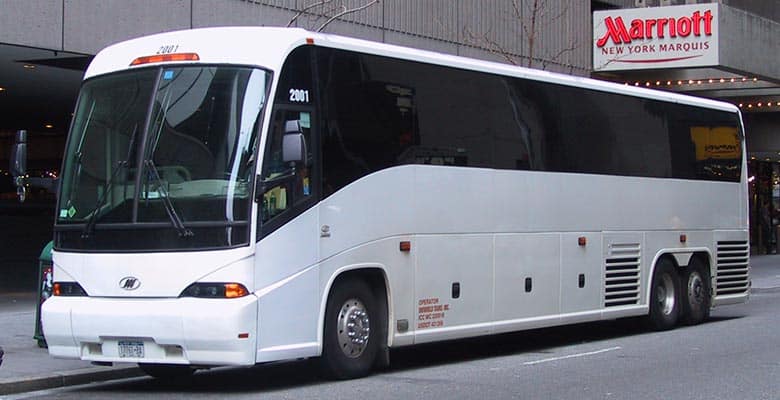 The MCI J4500 was introduced to the market in 2001 at the UMA Expo in Atlantic City. This motor coach can seat up to 56 passengers. 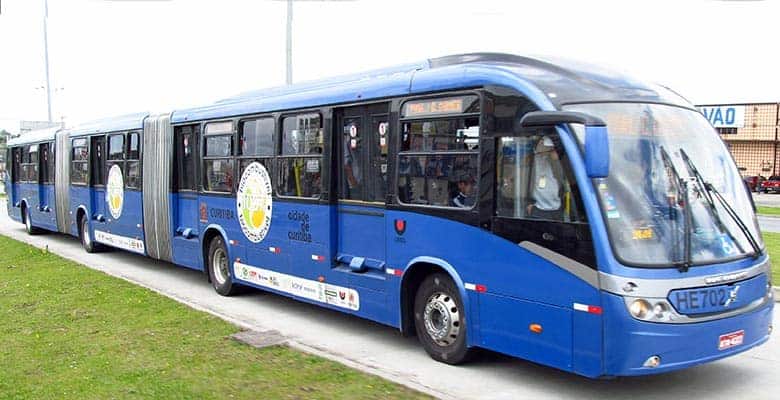 While no curb weight or gross vehicle weight specifications were readily available for the Volvo Gran Artic 300 at the time of this writing, no list of the heaviest buses in the world would be complete without mentioning this leviathan.

Billed and revealed as the single largest bi-articulated bus model operating on the planet today, the Volvo Gran Artic 300 is just shy of a hundred feet long and can seat up to 300 passengers. To put that in other terms, it’s like seating an entire movie theater full of people in one vehicle.