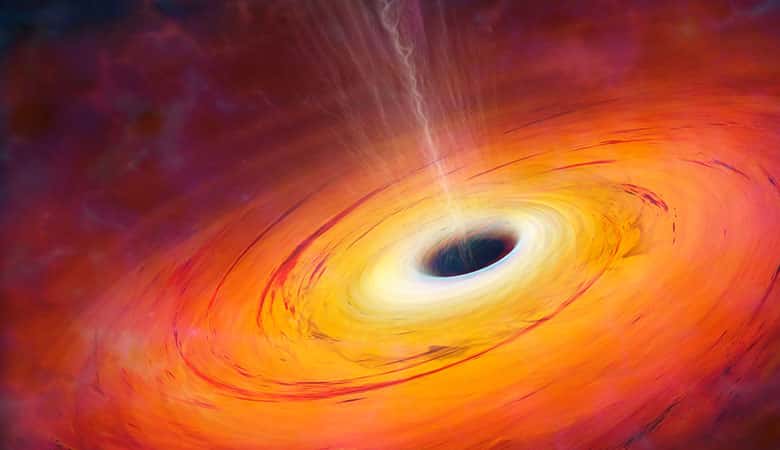 When looking at the entire universe, you have everything to choose from when finding the heaviest objects! This includes the planets and all the matter in our solar system. All of these things are definitely heavy, but there are some that are much heavier than others. It can be difficult to understand just how heavy they are as they surpass anything we find on Earth.

The Heaviest Things in the Universe include:

These are based on the objects with the greatest mass in our universe. The traditional measurements of weight we are used to using are dependent on the forces of Earth’s gravity acting upon objects. Because we are looking at the entire universe, we will be using mass as the measurement of how ‘heavy’ these objects are.

The Heaviest Things in the Universe

It can be difficult to measure the weight of various things in the universe as they are almost inconceivably heavy with more zeros than you could imagine.

Because galaxies make up a collection of items within the universe, you can count them as the heaviest things in the universe! They include collections of stars, planets, black holes, and everything in between. They are absolutely massive in size and mass.

We are going to use the Milky Way Galaxy as a reference point for our measurements! While there are thousands of galaxies throughout the universe, the Milky Way is on par size-wise with most of them. The Milky Way weighs upwards of 1.5 trillion solar masses with billions of stars and many black holes within.

The heaviest objects in the universe are black holes, specifically supermassive black holes. Black holes are densely packed objects that have an incredibly strong gravitational pull, taking everything in the vicinity with it. There are many black holes in our universe, some being much heavier than others.

The next closest black holes are 18 billion solar masses, and there are plenty found throughout the universe that come in at over 10 billion times larger than the sun. Because they are so large and heavy, we use the sun as a reference point, with 1 solar mass being the mass of the sun.

Neutron stars are formed when massive stars explode in a supernova, but instead of becoming black holes, they collapse into a dense and compact unit. The pressure from gravity acts upon the star so heavily that the protons and electrons that existed combine to become neutrons, hence their name.

The heaviest neutron star has the mass double that of the sun. Most of these stars are 1.5 solar masses. There have been incidents where neutron stars have collided, resulting in incredibly large black holes. These were recorded through the detection of gravitational waves.

Stars come in a wide range of sizes and weights throughout the universe. Some of the most massive stars are far bigger than our sun, with the largest being 265 solar masses. This star is known as R136a1 and is said to have been formed by the combination of multiple stars. Most stars are not nearly this large, but there is a significant number that surpass the sun’s mass.

The collapsing of large stars often results in the formation of black holes or neutron stars, which comprise some of the heaviest objects in the universe.

Our sun is one of the largest and heaviest objects in the universe, weighing in at 1.989 x 1030 kg. To get an idea of how big this is, this is 330,000 times the weight (mass) of Earth. In our solar system, the sun is by far the heaviest object.

Jupiter is the largest and heaviest planet by far. When looking at the heaviest things in the universe, Jupiter is much smaller than those mentioned before on the list but also significantly bigger than the rest of the planets (which happen to be the remaining heavy items). Jupiter’s mass is 1.898 x 1027 kg.

Compared to other planets and objects in the universe, Jupiter is not very dense but accounts for a large amount of mass based on its large size. You could fit over 300 Earths into Jupiter, but only 11 Earths will equal the mass of the large planet.

The remaining planets in the solar system are our heaviest objects, but they are not very heavy when you compare them to Jupiter, or the larger ones mentioned on our list. Saturn is the second-largest planet in our solar system, being nine times wider than Earth. The mass of Saturn is 5.683 x 1026 kg.

Saturn is a planet with impressive icy rings surrounding it, weighing around (1.54 ± 0.49) x 1019 kg. This is a fairly significant amount of weight in itself, adding to the overall mass of this large planet.

Neptune’s mass comes in at 1.024 x 1026 kg and is 17 times heavier than the Earth. Of all the gas giant planets, including Jupiter and Saturn, it is the smallest. Neptune is a cold and dark planet with icy rings, being the furthest planet from the sun.

Neptune is deemed the 4th largest planet because it is actually smaller than Uranus. It is one of the denser planets, placing it in the 3rd spot for mass! Neptune has five rings, which are dynamic and changing as time passes.

Uranus has a mass of 8.681 x 1025 kg. The planet is 14.5 times bigger than Earth. Uranus is the 7th furthest planet from the sun and also has rings, but they are difficult to see. The planet is larger than Neptune when comparing diameter, but it falls short in mass, placing it below Neptune on this list.

After Saturn, it is the least dense planet when comparing its size to its mass. It also has 13 known rings, which help to contribute to its mass, but they are quite small.

Finally, we come to the ‘smallest’ heaviest thing in the universe, our planet Earth. It is hard to fathom that Earth is considered small but compared to the very large objects found throughout our solar system and the larger universe, Earth becomes quite little. The mass of Earth is 5.972 x 1024 kg.

The diameter of the earth is 12,756 kgs (7,926 miles). This seems fairly small when comparing it to the much larger planets and objects on our list!

The Heaviest Things in the Universe

There are incredibly heavy things on Earth that are difficult for us to comprehend, making the size and mass of objects in our solar system and the universe even more difficult to grasp. Even the #1 galaxy on our list and the size of #10 Earth are considerably different in mass, making Earth seem incredibly small compared to much heavier things in our universe.

The insane number of zeros behind each measurement should not scare or confuse us but allow us to appreciate the incredibly small piece we are in a much larger puzzle.