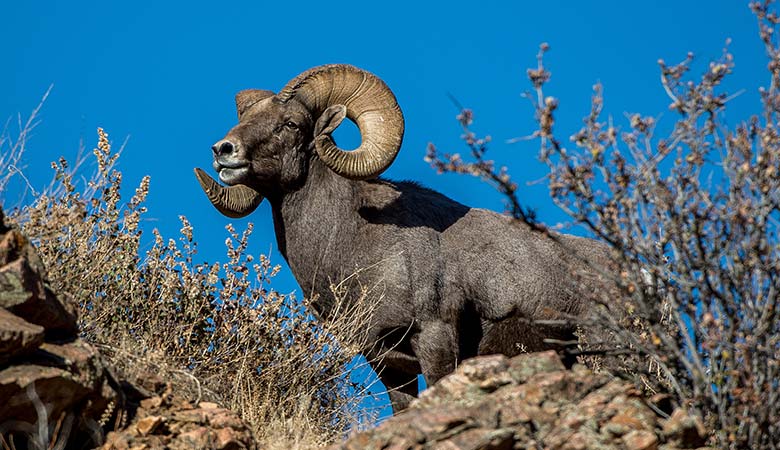 Which animals weigh around 150 pounds?

While many of these animals live in different geographic locations and habitats, and eat different diets, they all have similar average weights. We’ll talk more about each animal in more detail.

The White-Tailed Deer is a medium-sized species that is native to the Americas. Also known as Whitetails, this species thrives east of the Rocky Mountains in North America and is found as far south as Peru and as far north as Canada.

White-Tailed Deer range in weight depending on their location, but males average 150 lbs across different subspecies. Deer in the northernmost reaches of the range can weigh up to 400 lbs, while deer in the southernmost reaches can weigh as little as 50 lbs. White-Tailed deer vary as much as their environments, but many weigh in around 150 pounds.

Mountain Goats eat mostly grasses and mosses. Goats that weigh 150 lbs might eat a different mix of vegetation than their 20-lbs counterparts, but even the heaviest of them lives on a vegetarian diet.  Mountain Goats have special hooves that allow them to climb and balance well high on top of mountains and can jump almost 12 feet high.

The Red Kangaroo has long, pointy ears and is the largest terrestrial mammal that is native to Australia. Red Kangaroos are the largest species of marsupials on the planet. While males tip the scale at roughly the same weight as the average American male, Red Kangaroos eat primarily grasses and shrubs.

Cougars weigh in at around 140 pounds. Males can weigh anywhere between 120 to 220 lbs, and females can weigh between 64 and 120 lbs Cougars are found as far north as Canada and as far south as Argentina and Chile.  The cougar is the second heaviest cat in North America, after the Jaguar.

Like all animals, Cougars follow Bergmann’s rule and tend to be larger the farther away they are from the equator. The heaviest Cougars live in the Yukon region of Canada, and the lightest live around countries like Brazil. Cougars around 150 lbs live around states like New Mexico.  Cougars are ambush predators and eat everything from insects to deer.

This large breed of dog tips the scales at 150 pounds. Neapolitan Mastiffs hail from the Neapolitan region of Italy. The breed can range in size from 120 to 200 pounds, but most males weigh 150 at their heaviest.

Neapolitan Mastiffs are descended from Italian guard dogs in central Italy. Like many large dog breeds, Neapolitans have a relatively short life expectancy. The average Neapolitan mastiff will only live to 7 years old. The breed was only first recognized by kennel organizations around 70 years ago and has continued to gain popularity ever seen.

Gray Wolves are native to Eurasia and North America. The Gray Wolf ranges dramatically in weight depending on their native range. North American, Indian, and Arabian Gray Wolves typically weigh under 100 lbs, but Russian wolves can weigh as much as 200 lbs

Grays Wolves in central Russia weigh around 150 pounds at the lighter end of their spectrum. The species can vary dramatically depending on the contents of their stomachs, but the Russian subspecies typically weighs in at around 150 pounds.  Russian Gray Wolves typically eat moose, deer, and wild boar, among other ungulates.

Cheetahs can vary in weight between 50 and 160 lbs Other big cats can tip the scales at close to 700 lbs, but lighting fast Cheetahs are leaner and lighter. Cheetahs are the world’s fastest animal and are understandably significantly lighter than tigers and lions.  Cheetahs can run up 70 miles per hour, making it easy to hunt prey.

Cheetahs are carnivores like all species of cat — both big and small. Cheetahs have different diets depending on their natural range, with most eating different species of gazelles and antelopes. Unlike their fellow carnivorous cats, the tiger, cheetahs can weigh in at 150 lbs living off a very similar diet.

Giant Pandas are native to China but mostly thrive in the Sichuan province. The largest male pandas can reach a top weight of 300 lbs, but female pandas often weigh around 150 lbs Giant Pandas eat between 25 and 85 lbs of bamboo per day to sustain their weight, with lighter pandas obviously requiring less food to sustain their mass.

The heaviest female Giant Pandas weigh in at close to 200 lbs, but are often found at close to 150 lbs Females are typically 10 to 20% lighter than males, but animals of both genders have been recorded at 150 lbs

Bighorn sheep weigh in at just over 150 lbs on average. The largest Bighorn sheep sport horns that weigh up to 30 lbs and the largest sheep can weigh up to 300 lbs total. Bighorn Sheep are no longer as widespread throughout North America as they once were, but the population was once widespread after their initial migration from Siberia.

Bighorn Sheep are herbivores and graze on grasses and shrubs. Males tend to ruminate after grazing, which leads to increased growth. Females tend to walk after feeding — to protect their young and to avoid predators — and grow to a smaller size.

Indus River Dolphins are sexually dimorphic, with females typically larger than males. The larger individuals will weigh in at nearly 250 pounds, but the lighter males will only come within 100 lbs of that.  Indus river dolphins can be found in River Beas in Punjab, India, and in the lower parts of the Indus River in Pakistan.

Animals As Heavy As People

Although different types of animals vary greatly in size, many species of animals weigh around 150 pounds, just about the weight of the average human.  These animals range from canine to feline and come from a variety of places, from land to sea, but they all weigh about the same amount. Humans may be very different from other species, but their size is about the same as many species from the animal kingdom.