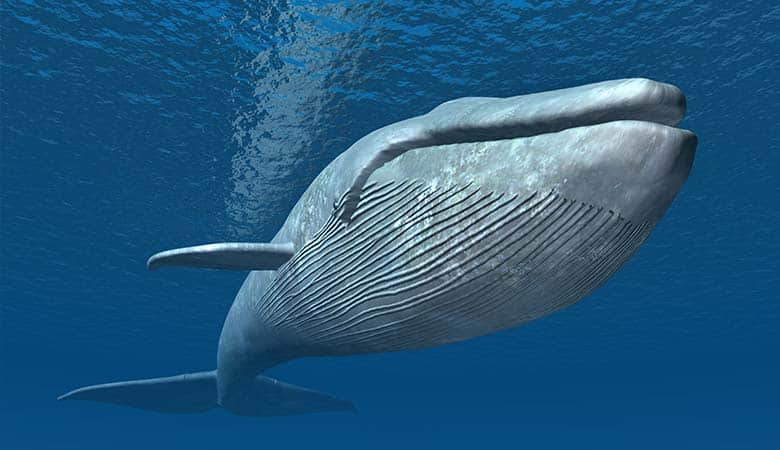 Learning about smaller animals is fun, of course. However, there’s something magnificent about discovering animals that are almost unimaginably heavy, right?

How much is a ton, anyway? Well, there are two different ways tons are measured. There’s the metric ton, which is approximately 2,205 pounds, and there’s the regular ton, which is 2,000 pounds.

The two tons aren’t terribly far apart in weight, so we’ve included animals with a starting weight of either without giving it much thought at all. Any animal weighing in at over 2,000 pounds was good enough for us.

Sea Animals That Weigh More Than a Ton

Some of the largest animals you’ll find in the entire world live just under the sea. Just because they’re out of sight in no way means that they can be out of mind, though. The ocean is taking a serious hit due to climate change and ocean pollution, so being able to monitor the weight trends of these animals over time will help determine if we need to step in and help a struggling species.

The blue whale is said to be the largest animal in the world, and for a good reason.  A fully-grown blue whale measures about 30 meters, which is almost 100 feet. It weighs around 330,000 pounds, which is equivalent to 165 US tons. For reference, that’s about the length of a Boeing 737.

The blue whale is considered endangered by the IUCN, but their numbers are rising as protections are put in place to ensure that these gentle giants aren’t being hunted or struck by large ships. The blue whale is a massive animal, and humans are its only real predator, mostly hunting it for meat and oil.

Great white sharks are definitely not as large as a blue whale is, but they do make it over our one-ton mark. An adult great white shark can reach up to 2,400 pounds and up to 20 feet in length. One of the most massive great white sharks on record, named Deep Blue, was 20 feet long and exceeded two tons. Though there is no way to prove she’s the largest ever, she’s definitely up there.

These big guys are listed as vulnerable by the IUCN, meaning that they are relatively close to becoming endangered. The main reason for this, besides ocean pollution, is the amount that they are hunted. Sharks are hunted for their fins, which get sold in gift shops as souvenirs, as well as their teeth and their meat. People will often boil the shark fins to make soup.

The southern elephant seal is one of the larger species of sea animals as well. They can weigh up to 8,800 pounds, which is the equivalent of over four tons. They reach about 20 feet in length, just like the great white shark. These guys are mammals, and they can travel about 20,000 miles a year, eating a whole lot of squid, fish, and even sharks along the way.

These are one of the 18 living species of seals, and they tend to hover around the Antarctic, which explains their need for that massive amount of blubber. The blubber is what gets them in hot water; they are hunted sometimes for the blubber.  It is rendered down to make oil. However, it does not happen enough to cause the IUCN concern, which earned them a place on the least concern list. Their population numbers are currently stable.

There are plenty of massive animals under the sea, sure, but there are arguably even more on land. The animals listed here won’t even make a dent, but it’s a good start.

Unfortunately for the African bush elephant, they are a favorite among poachers and trophy hunters. They are hunted often for their ivory tusks and leathery skin, which sell for a considerable amount of money. The extensive amount of poaching and trophy hunting impacted the species, earning it a classification of vulnerable on the IUCN Red List. Protections have been put in place for them, though, and their numbers are slowly but surely increasing.

The Hippopotamus is probably one of the first animals you think of when you think of big animals that seem like they weigh over one ton, and you’re right. An adult male hippopotamus can weigh up to four thousand pounds, which is equal to two US tons.

There are people on this earth that simply want to pet everything they see. Petting a hippo will most likely get you seriously injured; these bad boys and girls are ranked as the world’s deadliest animal, and if you saw their teeth, you’d know why. Their jaws snap shut with an estimated 2,000 pounds of pressure per square inch. That’s a whole US ton in and of itself.

The white rhinoceros is native to Africa and weighs almost exactly one metric ton when fully grown. They, of course, have that trademark horn of theirs, which will spear even the strongest of competitors. Despite what the name says, a white rhinoceros is actually just light grey.

These light grey rhinos are nearly threatened, according to the IUCN. They are another favorite for poachers and trophy hunters–often hunted for their horns and skin, which is sometimes used to make bags or handles for knives because of its durability.

Bringing it back from the African Savannah is the horse, many types of horses can weigh in at around 2,200 pounds (1 metric ton) when fully grown. You might not think they could be so dangerous because of their kind and gentle nature, but an angry horse can put you into the hospital and go on about its day like nothing even happened.

Horses do not concern the IUCN; their population is stable, and they are not something anybody particularly wants to hunt for, seeing as you’ll rarely find a horse outside the farm. In the past, people made glue from the hooves and bones of horses, but that is rarely the case anymore as we’ve switched to synthetic glue.

Everybody loves to yell “cows” when they see them, but they hardly stop to think about how much they weigh. An adult bull weighs approximately 2,400 pounds, which tops the weight of both the US ton and the Metric ton. Cows get heavier depending on what they’re used for.

Some cows are given growth hormones, which make it bigger and increase size and milk production for dairy cows. They’re by no means endangered, though they do get used for meat quite often, of course. You won’t see anybody out on the farm trying to hunt down a cow, though.

Now we have a little bit f both. Saltwater crocodiles weigh anywhere from 880 pounds to over one ton when they’re fully grown. They’re certainly not an animal even the most experienced handlers want to provoke.

The saltwater crocodile does get hunted for its meat and skin sometimes, but the IUCN ranks it at least concerned on its Red List. There are not a lot of animals in the wild that would be willing to take it on, and crocodile hunting has mostly become a thing of the past as synthetic skins become more popular.

Here ends our tour of animals that weigh over a ton.  Due to the damage we are causing the environment, one day the only places we might see some of these massive animals will be in a zoo or aquarium.  That would be a truly sad day.