Cruising on the sea is one of the most efficient ways to relax and also travel. The architecture of boats over time has constantly developed in many aspects including weight. Ever been curious about how much boats weigh and what boats weigh around 10 000 pounds?

Stay glued to this piece to learn more about these kinds of boats!

The hull’s 10-foot beam gives enough space for the deck and below. The aft cockpit has fold-out bench seats that accommodate four persons without taking up cockpit space.

The 10,500-pound Cutwater sedan cabin cruiser is really powerful and a top choice for cruiser sails.

The Contessa 32 is a 9.75-meter (32-foot) fiberglass monohull sailing boat designed and constructed by Jeremy Rogers in 1970. Over 750 hulls of the yacht have been built.

The Contessa 32 is a race-ready one-design with an active Association that can travel offshore in bad weather. The Contessa 32 weighs 9800 pounds but retains its speed prowess.

With his 30-foot Arpege, Michel Dufour established Beneteau and Jeanneau as the main players in the French import industry long before they did.

When they were initially introduced in 1966, almost 1,500 of these boats were built, and they included various first-of-their-kind amenities, such as a huge kitchen, comfy sea mattresses, and sufficient storage space in the forepeak.

This boat’s workmanship is exceptional, and its rated weight is an optimum of 9600 pounds. 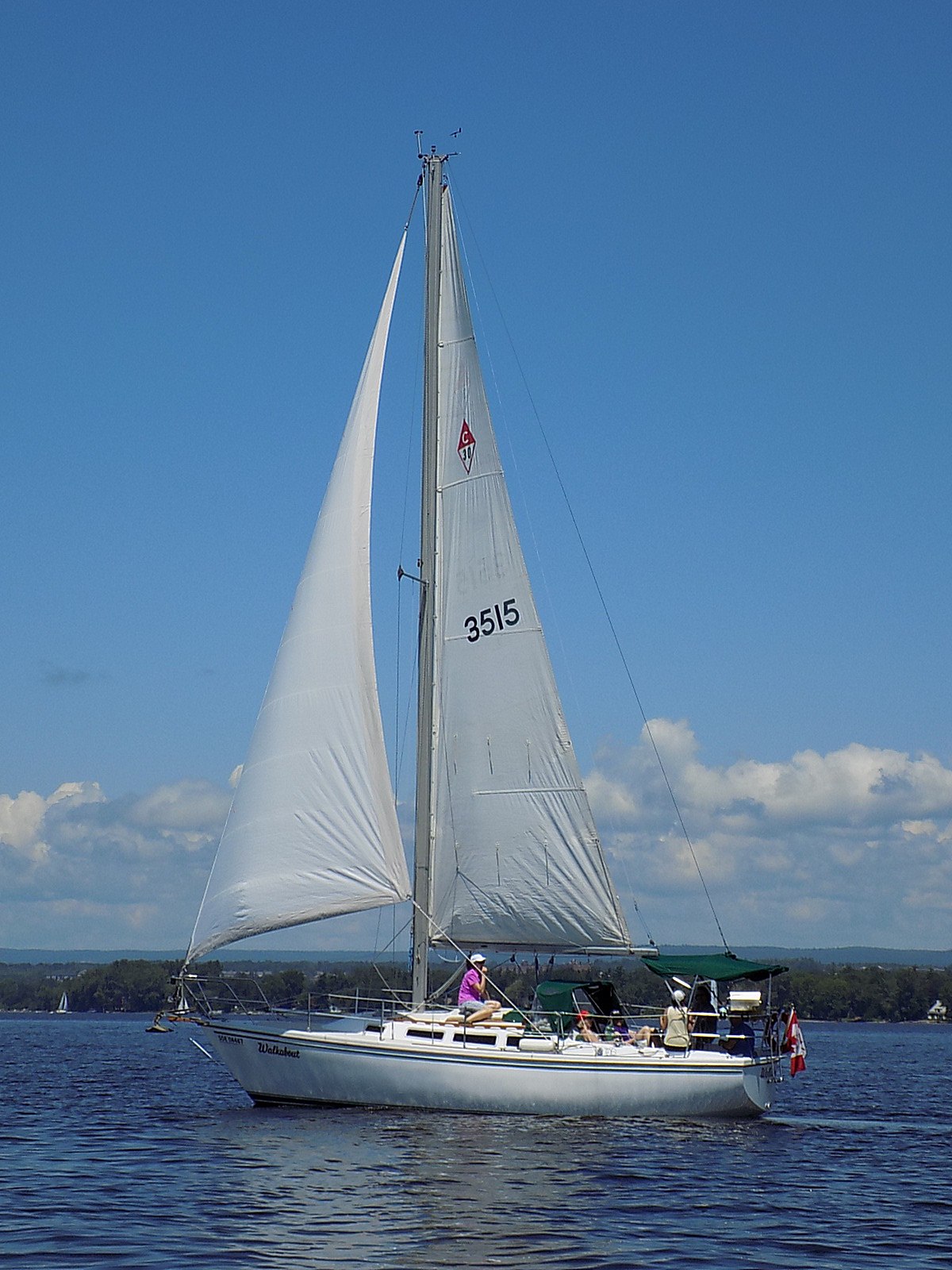 The Catalina 30 is a recreational boat. It’s made of fiberglass with wood trim and has a Masthead sloop rig, spade-type rudder, and fixed fin keel. In the mid-1980s, the Yanmar diesel engine was replaced with the three-cylinder Universal M-25 diesel. 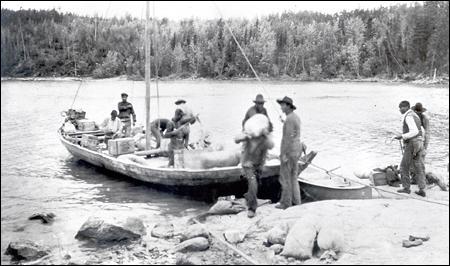 Workers at York Factory were able to build the York Boat, named after the factory, thanks to William Sinclair, a Masked Chief Factor at the plant. There were early prototypes of York boats running in 1746, and the first official boat was constructed in 1749.

After 1821, the York boat, or “canot du nord,” superseded the canoe as a mode of transportation for freight.

York Boats are made in three different sizes but our concern is the 100 pieces capacity boat which weighs 10,000 pounds.

Class (B) CE certification limits the range of the fiberglass/grep hulled boat to 200 nautical miles. All of this adds up to a hefty 9,900 lbs.

The 43DS, which stands for “deck saloon,” was designed by French naval architect Daniel Andrieu.

It was one of the company’s first attempts to add a raised deck with lots of windows for light and visibility inside, as well as more volume and living space. There were a lot of builders who tried to make DS boats, but nobody made as many or was as successful as Jeanneau.

This boat has an optimal weight of 9300 lbs.

The Nonsuch 30 is a sailboat from Canada. It was made for the first time in 1978 and was designed by Mark Ellis.

It was the first in a line of sailboats called Nonsuch, and it was built in different sizes, from the Nonsuch 22 to the Nonsuch 40.

With a weight of 10,500 pounds, this boat works well and efficiently.

In 1984, a subsequent pattern that was not linked to the original was also introduced, and it was sold under the name Tartan 34. The Tartan 34 is a top choice with a weight of 10,200 pounds.

The ketch-rigged Whitby 42 has been a mainstay in far-flung anchorages since it was first built in 1942.

It is a big, strong 42-foot boat that meets the sometimes conflicting needs of long-distance voyaging and long-term living on board.

The Brewer 12.8 was first made in Canada with a long, fixed keel. In later years, a version with a centerboard was made and given the same name.

This boat makes this list because it is 10,500 pounds.

The M36 turns like a meter boat, points like a postage stamp and reaches like a sports boat. Her relatively shallow underbody, big and effective rudder and fast fin keel (with ballast bulb) all help her move around and stay safe in bad weather.

This boat also has a great weight of 9300 pounds.

Passport 40 is a masthead sloop with a length of 39.42 feet. It was designed by Robert Perry and made of fiberglass by Passport Yachts between 1980 and 1991.

The Passport 40 is a sailboat with a medium weight and just enough power. It is stable and stiff, and if it flips over, it has a great ability to right itself.

It works best as a boat for long trips on open water due to its weight of the Passport 40 is 9300 pounds.