The weight of a dirty bike affects its performance, and you should consider this when buying one.

These bikes have been in production for years, and they keep getting better and better.

Earlier dirt bike models were pretty heavy because of the steel frames until steel was replaced by aluminum. On average, a dirt bike weighs around 200 pounds.

Here are some of the heaviest dirt bikes currently in the market. While learning about their weights, you can also use this list as a reference to purchase a motocross bike.

The XR650L is Honda’s dual-sport motorcycle and is one of the bikes in the Honda XR series.

The first bike was presented in 1992 and had the RFVC engine and a strong chassis that supports off-road capabilities.

TheThe bike has many components, including a 644 cc engine, an electric starter, headlights, and others that contribute to its 346 lbs. weight.

The Suzuki DR-Z400S is a dual-sport bike from Suzuki that has been in production since 2000.

The motorcycle currently ranks as the second-heaviest dirt bike on the planet at 317 lbs.

It runs on a 398 cc four-stroke engine and packs a punch in both on-road and off-road performance. Kawasaki also sold a different version of the DR-Z under the name KLX400.

The only difference is the accessories and bodywork. Some versions of this bike are not street legal in the United States, so you have to understand the specs when buying one. 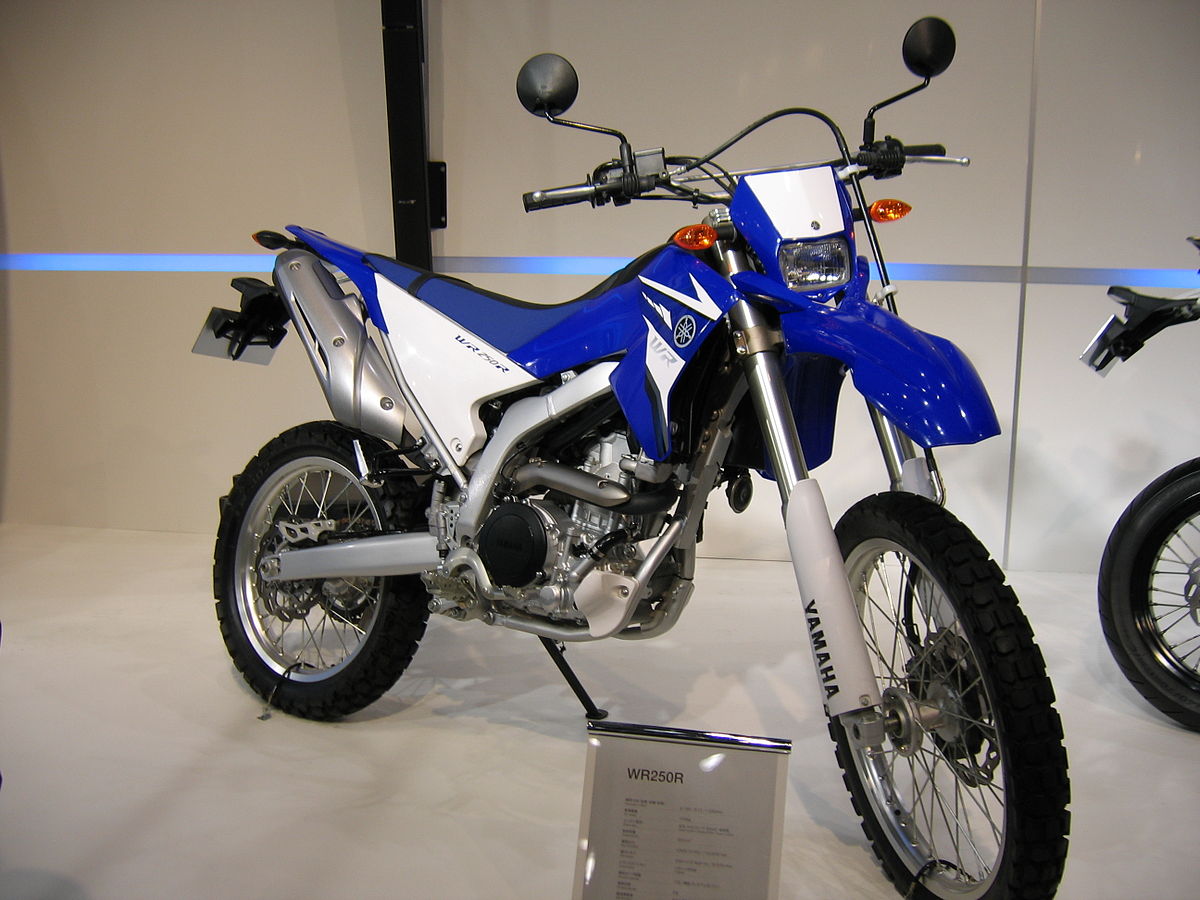 Yamaha Motor Company released the WR250R for riders who enjoy off-road performance instead of on-road.

The bike is neither enduro nor a sports bike, but its dual-sport features are worth every penny.

The bike has been in production since 2008, and most of its features remain unchanged such as the electronic fuel injection system.

The bike was last produced in 2020 after Yamaha announced its 2021 product lineup discontinuation.

This dirt bike has sports and enduro capabilities because it is primarily marketed as an off-road motorcycle. The bike has a 250 cc liquid-cooled single-cylinder engine.

The first version of the bike was introduced in 2001 and took a lot from the YZ250F motocross. The bike has proven its abilities in enduro challenges, extreme endure competitions and hard enduro competitions. 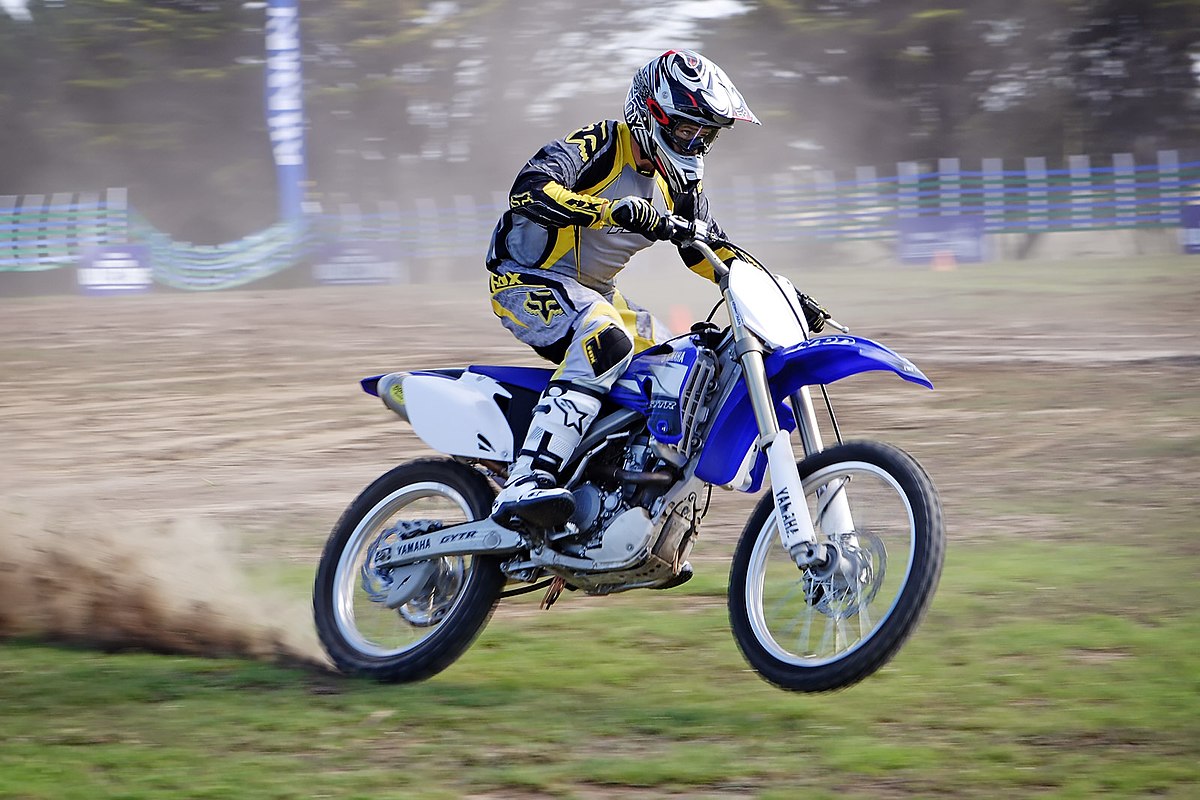 Yamaha Motor Company released the Yamaha YZ250FX in 2001 as a motocross motorcycle. This bike is one of the heaviest dirt bikes at 249 pounds.

It is fitted with a five-valve, DOHC, four-stroke engine, and when it was first released, the YZ250FX had a steel and aluminum frame.

This was later replaced by an all-aluminum frame that was introduced in 2006.

Honda is famed for its dual-sport motorcycles, the Honda CRF230F being one of the best in their product line.

The bike was built between 2008 and 2009 and was designed to have a lightweight frame to support beginners and adventure riders.

The bike weighed 249 pounds and was only available in the United States and Canada. It was designed to replace the XL 185S, and the name CRF was added to show its road-legal status.

The Suzuki RM-Z450 still ranks as the champion’s choice bike due to its sleek design, strong engine, and race-equipped accessories.

The bike weighs 247 lbs. It has plenty of performance-oriented specifications. It has strong brakes with excellent stopping power, a powerful engine with a great peak, and a stable chassis for on- and off-road performance.

This motocross motorcycle is a masterpiece from a collaboration between Kawasaki and Suzuki and is a direct clone of the Suzuki RMZ250.

The bike was first introduced in 2004 and has been a success. Kawasaki later took over its production to release a 250F with no ties to Suzuki.

When it comes to extreme power performance, Honda’s CRF bikes seem to be the perfect picks for the job.

The newer version, CRF450X, is the enduro version of Honda’s CRF450R. The bike first hit the market in 2002, and unlike the Yamaha YZ426, it has a full aluminum frame.

The Suzuki RM-Z250 is among the best motocross bikes with excellent cornering abilities.

The bike has undergone massive improvements, including the frame and swingarm.

Other additional components have seen the bike become heavy, weighing 230.4 pounds. The bike achieves its agility from the engine being pushed towards the rear.

Husqvarna motorcycles understand how to differentiate the 250 and 450 four-stroke dirt bikes from the FC 350 motocross motorcycle.

It runs on a liquid-cooled, DOHC 350 cc engine designed for riders who look forward to more power beyond 250F.

The Kawasaki KX 500 is a two-stroke single motocross motorcycle by Kawasaki that was produced from 1983 to 2004.

The bike is among the top heaviest dirt bikes at 220.4 pounds.

This bike came when Kawasaki was struggling to build competitive bikes. It first won a race in 1986, leading to Kawasaki dominating the races.