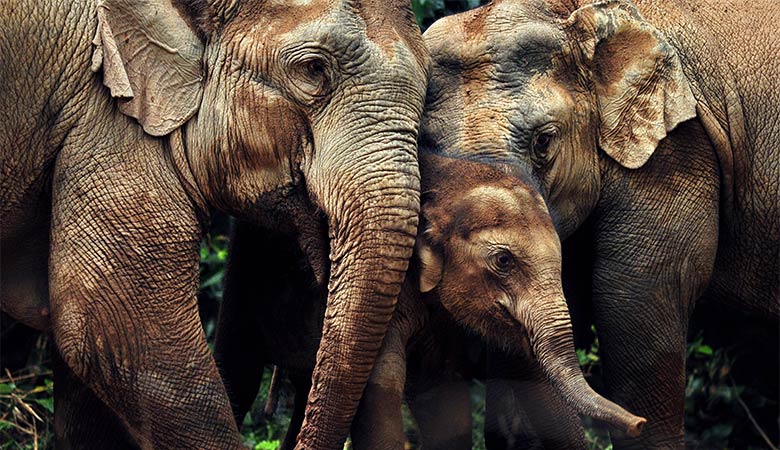 Earth is home to many different kinds of animals. Some of these are small and covered in feathers, while others are enormous and have their own unique skin textures and colors. Even though many of the largest animals on our planet have similar characteristics, they are different in their own ways.

So, what kind of animals are we talking about? Let’s find out what some of Earth’s largest animals are, and what makes each of them so unique. Different areas of the world have their own breed of large animals, which can result in one type of animal being more substantial than another in the space species who live in another location.

A lot of us think that the heaviest animals have to be exotic. While that is definitely true for some animals, there are a lot of large animals that live in our own backyard. Even some regular animals such as cows, bulls, and horses may surprise you with how heavy they actually are!

The Heaviest Land Animals on Earth

What are the Heaviest Land Animals on Earth?

Elephants, by far, are the heaviest land animals on Earth. Not only are they the largest animals as well, but there are three distinct types of elephants throughout the world. The largest is the African bush elephant, followed by the Indian elephant and the African forest elephant. Some of the largest animals have been determined to be over 20,000 pounds, and elephants can also stand over 14 feet tall.

Similar to elephants, rhinoceros have five different types of breeds across the world. Out of the five types – Black, Indian, Javan, Sumatran, and White, the white rhino is the largest. Rhinoceros can weigh anywhere between 7,000 pounds to over 9,000 pounds. Although rhinoceros are heavy animals, they are not as tall as the average elephant. They can be anywhere from 4 feet to over 6 feet in height.

Hippopotamus are unusual animals in that the male of the species actually continues to grow their entire life. Although they are considered land animals, they spend the majority of their day in some body of water to keep cool. The average hippopotamus can range anywhere from 5,000 pounds all the way to over 9,900 pounds. With their length being anywhere from 9 feet to over 14 feet, they are one of the most formidable animals in the wild.

In addition to being one of the heaviest land animals on Earth, giraffes are also the tallest animal in the world. Giraffes can grow over 20 feet tall, and they can weigh anywhere from 3,200 pounds to over 4,500 pounds. The long necks on a giraffe make it easy for them to reach food in trees to maintain their size. Most of the weight on a giraffe is actually located in their neck, and they have a heavy heart as well.

Mostly found in exotic locations, the saltwater crocodile is the largest reptile in the world. Most saltwater crocodiles weigh in around 2,100 pounds, and some have even been found to weigh over 4,000 pounds. On average, they can be 15 feet to over 21 feet long. Saltwater crocodiles are larger than the standard alligator. Crocodiles can also take out many of the animals on this list due to their similar size and immense strength.

Both the American bison and the Indian bison are large animals. American bison can weigh up to 2,900 pounds, with an average weight of around 2,200 pounds. Their size, speed, and horn length make them an intimidating animal. The Indian bison is the larger of the two. They can weigh up to 3,400 pounds, and their height and horn length are much larger than their domestic relative. Also known as, Guar, they are the tallest breed of cattle on Earth, and their main enemy is the saltwater crocodile.

Water buffalo can sometimes be confused with bison, but they are much smaller in weight and height. The Asian water buffalo have the longest horns of all cattle breeds and can weigh over 2,400 pounds. They are mostly found in Asian countries and are currently on the endangered list. The Cape Buffalo is found in Africa, and they are also considered one of the most dangerous animals in the world as well. They can weigh up to 2,600 pounds, are cattle that cannot be domesticated due to their unpredictable nature.

There are eight different kinds of bears in the world. The black, brown, polar, sun, sloth, panda, Andean, and Asiatic bears can all be found in different areas of the world, and they all have their own unique characteristics. Male bears can sometimes be double the size of female bears, and their weight has a lot to do with where they live and the available food sources.

The larger bears such as the Polar and Brown bear are the two that truly belong on this list, but for size comparison, it is essential to know just how much bigger they are than the other species of bears in the world. With bears, the larger breeds are not only bigger in height and length, but they are also more aggressive.

Another member of the bovine family, Wild yaks, can be up to 11 feet in length and have been known to weigh in over 2,000 pounds. Found mostly in the high areas of Asia, they have a long coat which helps them stay warm. The male wild yak can be up to three times the size of a female. Domesticated yaks are also found in a similar area. They can weigh up to 1,300 pounds and can stand anywhere from 5 feet to 7 feet.