There are many absolutely massive land vehicles that will blow your mind. They are not your average vehicles. Some do construction or excavation. One works for NASA. Another carries some of the biggest ammunition in the world. Others can carry tons and tons of cargo. These vehicles are truly impressive.

Prepare to be amazed at this list of 10 of the heaviest vehicles in the world.

The following are the 10 heaviest land vehicles in their respective roles: 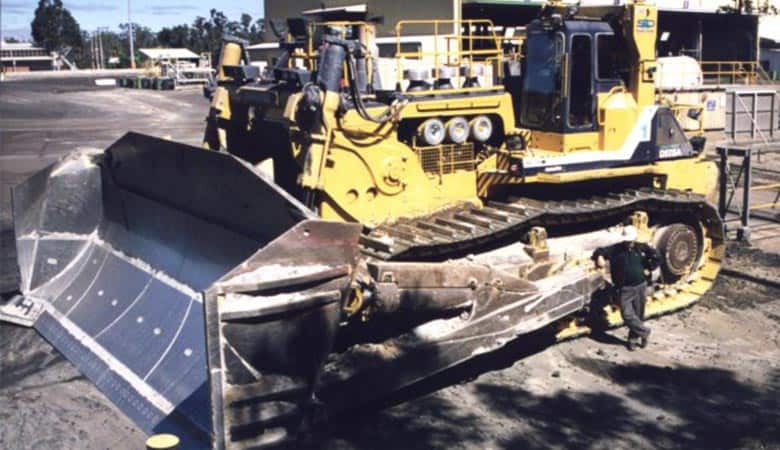 This land vehicle is a 1,150 horsepower tractor crawler that serves as a dedicated bulldozer. It was introduced in 2001, and it has a better, re-designed operator cabin than its predecessors and a powertrain electronic control system to maximize its productivity. This super dozer also boasts a large number of durability improvements like reinforced undercarriage roller guards and longer-life hoses. 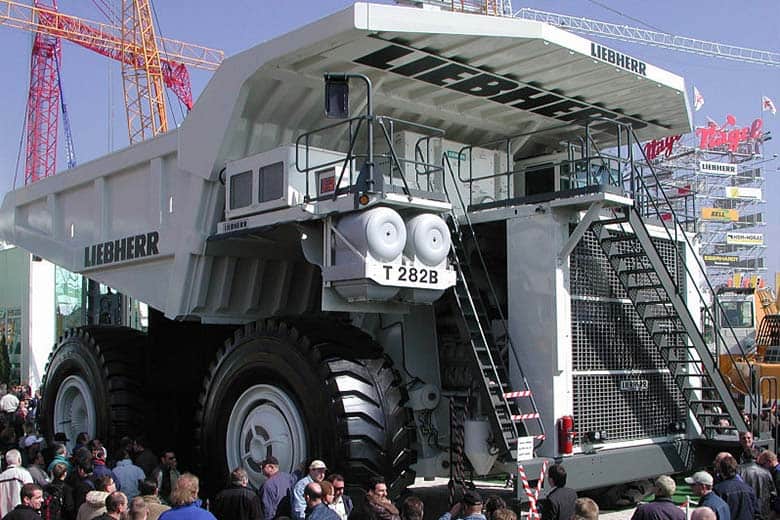 This vehicle is the member of a series of off-highway, ultra-class, rigid frame, two axle, diesel electric, AC powertrain haul trucks. They have a 327+ ton payload capacity and are used for large scale mining operations. The largest of the series is the Liebherr T282B that has a payload capacity of 363 tons and was made for high-production mining applications all over the world. 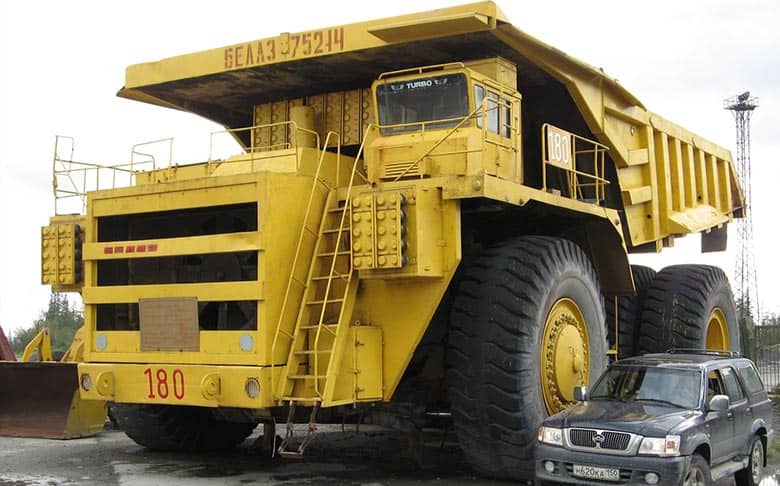 This vehicle is an ultra-class haul truck and, as of 2016, it is the world’s largest, highest payload capacity haul truck. This huge vehicle is powered by two MTU 65 liter 16-cylinder four stroke diesel engines for a total of 4,600 horsepower, two AC alternators, and 4 AC traction motors! As large as the BelAZ is, it can still reach speeds of up to 40 miles per hour. 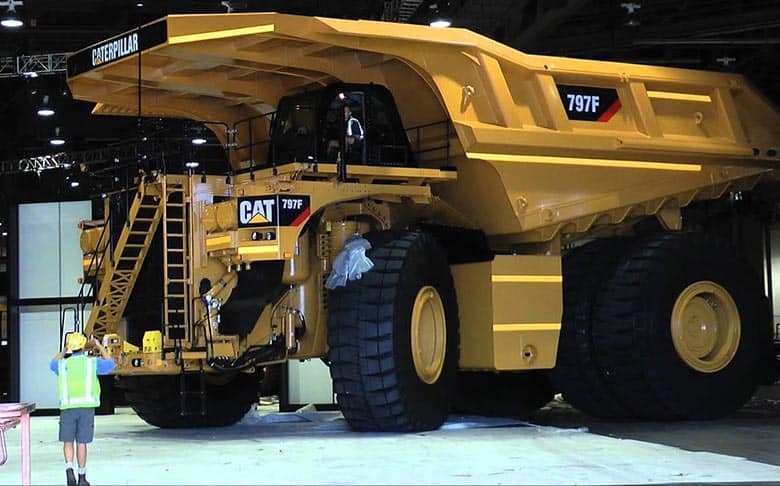 This vehicle is the largest of a series of Caterpillar 797 off-highway, ultra-class, two axle, mechanical powertrain haul trucks. The 797F has the highest payload capacity of all mechanical haul trucks at 363 tons. This is also one of the largest payload capacities of any haul truck in the world. This series of trucks was designed with computer-aided design technology, which was a first for the Caterpillar brand. 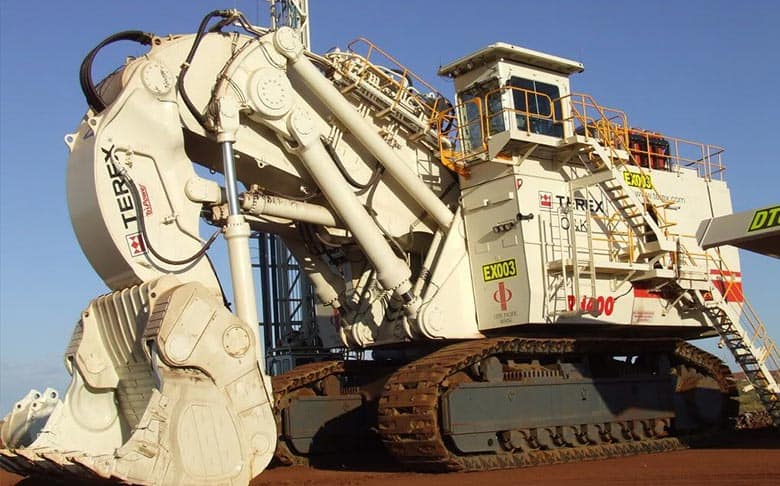 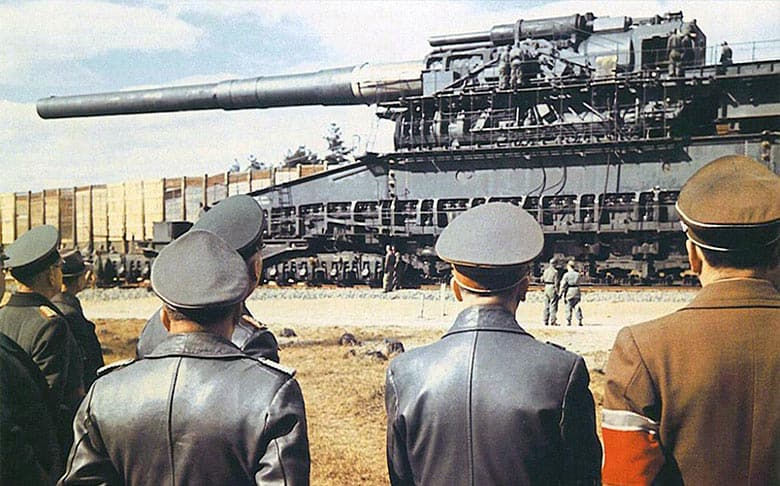 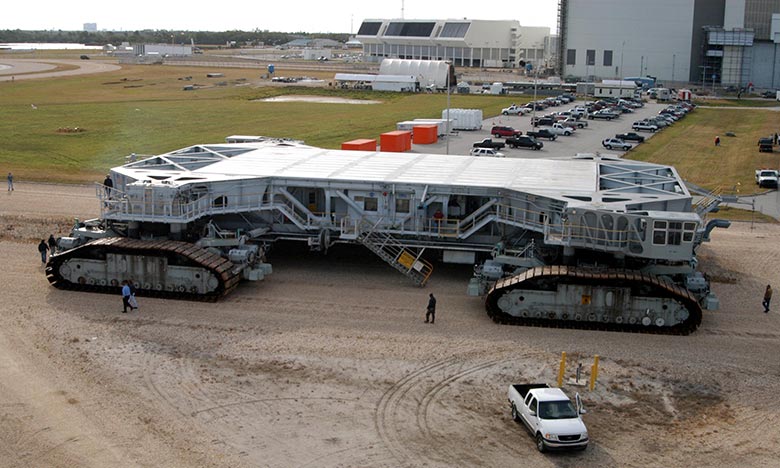 The NASA Crawler Transporters are a pair of tracked vehicles that transport spacecraft from NASA’s Vehicle Assembly Building to Launch Complex 39. These crawlers were used to transport the Saturn IB and the Saturn V rockets. They were used again to transport various space shuttles from 1981 to 2011. The NASA crawler transporters were added to the National Register of Historic Places in 2000. 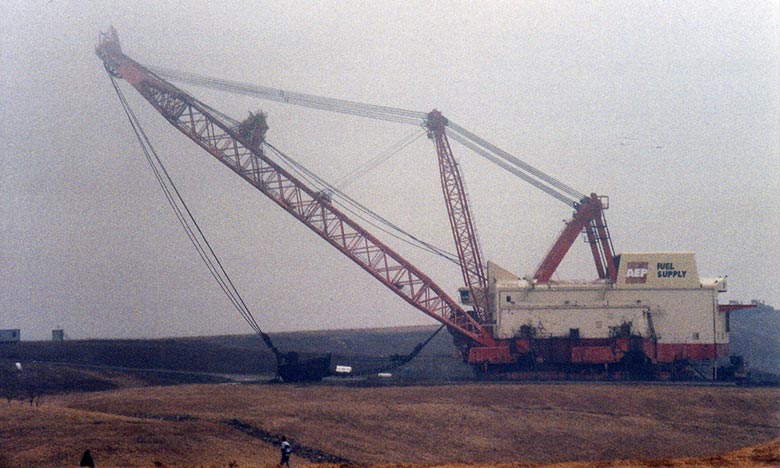 This vehicle stands almost 22 stories tall! It is an incredibly impressive coal mining Bucyrus-Erie excavator. It was the only one of its kind ever built and was in operation in Ohio from 1969 until 1991. Big Muskie was the largest single-bucket digging machine ever built and one of the biggest mobile earth-moving machines. 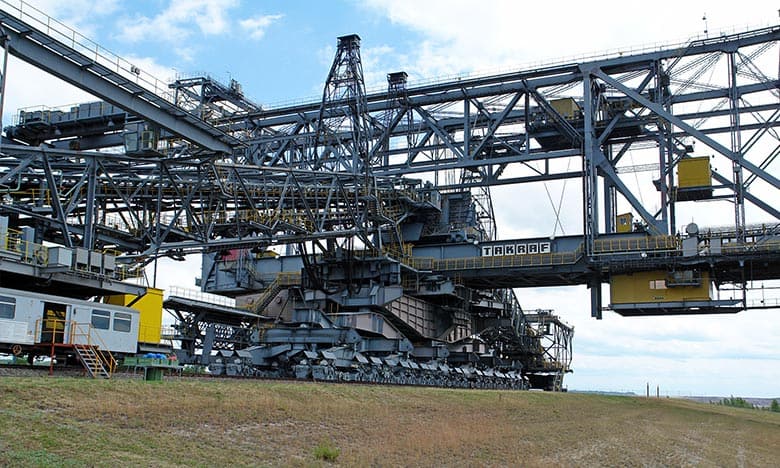 This vehicle is not only the longest vehicle ever made, but it is literally the largest vehicle by physical dimensions ever built by mankind. The bridge is called the lying Eiffel Tower because of its massive size. It is used to transport overburden that lies over coal seams for coal mining. There are five overburden conveyor bridges that are all of equal size and are the largest movable technical industrial machines in the world. 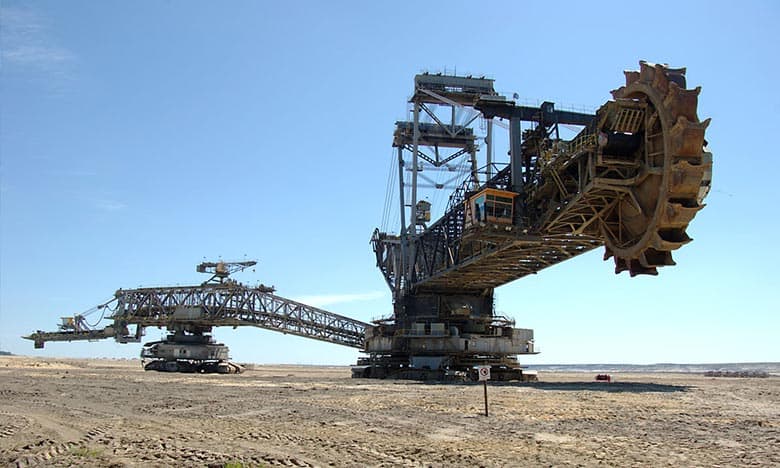 Once known as MAN TAKRAF RB293, Bagger 293 is a humungous bucket-wheel excavator. It is so huge that it holds records for land vehicle size in the Guinness Book of Records! The vehicle requires 5 people to operate it and is powered by an impressive 16.56 megawatts of externally provided power. One fun fact about Bagger 293 is that it has appeared on the Westworld television series.

In order to understand the enormity of these vehicles, you must be able to comprehend the measurements. Not all of the terms detailed in the specs of the vehicles are common knowledge.

Some terms you should know to be able to better understand the size of these vehicles are:

Knowing these terms will help you relate the specific measurements of each vehicle to things that you already know in order to portray a better mental picture of the vehicle.

These land vehicles are phenomenal in size. It is difficult to fathom how big some of them are. And manufacturers are still building bigger and better vehicles every year! From mining to construction to transporting spaceships, these vehicles perform amazing jobs. They are honestly incredible.