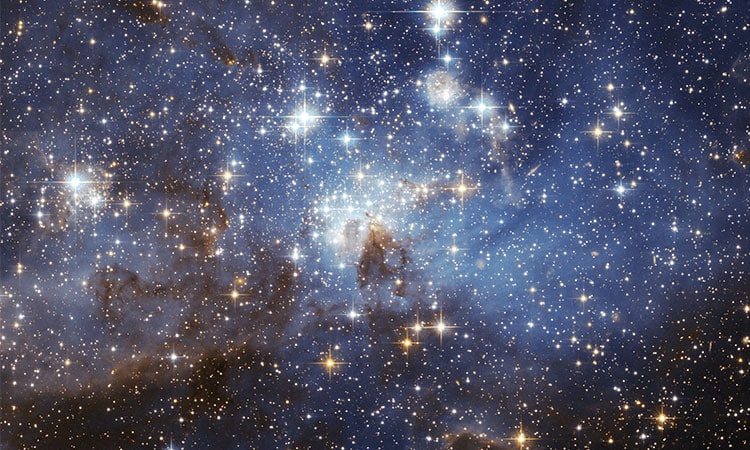 Space is the final frontier. For centuries, we have looked at planets and stars in the galaxy, but we were limited to what we were able to understand. Like everything on Earth, even stars have their own weight, but how much does a star really weigh?

How much does a star weigh? While we cannot determine the exact weight of star, science is advancing to let us get closer than ever before. Gravity plays a huge role in how much something weighs. The gravitational pull of a star can be compared to planets and stars around it. The orbit of a star determines the mass of it, and the size of the star determines the life of the star.

Stars are some of the most fascinating bodies in our galaxy. The closer we get to learning more about space, the more we learn about everything else. While we cannot determine precisely how much a star weighs, we are getting closer to finding new ways to make it a reality.

How Much Does a Star Weigh?

All of the stars in our galaxy and beyond have a definite mass to them. This weight can range anywhere from beyond the weight of the sun to just a small portion. Like humans, stars can change colors and even temperature as they age, which is why the mass of some stars is difficult to determine. The weight of a star can also be hard to decide on because some stars have their own gravitational atmosphere that impacts the pull the star has on other stars and planets.

Are Mass and Weight the Same Thing?

To put it, no. If you are referring to the mass or weight of an elephant, you can typically use those terms interchangeably, but that does not mean they are the same. However, in reference to our galaxy, they have very different meanings. So what are the actual differences in terms of mass and weight?

Solar mass is often the measurement used to determine the weight of a star. One solar mass is equal to roughly 4.385e+30. It was created due to the actual mass of cosmic bodies being too dense for measurement in kilograms.

How Do You Weigh a Star?

The mass of a star can also be determined by the temperature at which it burns. The larger the star, the hotter the temperature will be. While this seems definitive, it also has faults. As a star ages, it will measure hotter than younger stars. This theory is also only relative to stars that have been formed by fused hydrogen atoms, main-sequence stars.

The last leading theory is that the mass and age of a star can be determined by the light they give off. Blue stars are the hottest burning around 25,000 K with the colors white, yellow, orange, and red following in decreasing order.

It’s important to remember that mass and weight are not the same. While it is essential to be able to identify specific information about a star, the mass of the star you see may not necessarily be the same weight, and the size of a star does not always determine the weight.

Do All Stars Weigh the Same?

Our universe is full of different types of celestial bodies. Some stars can be over 600 million miles while some may be the size of your favorite theme park. As we know, stars differ in mass, temperature, and even the color that they give off. Just as oranges are not all the same weight, stars are not equal either.