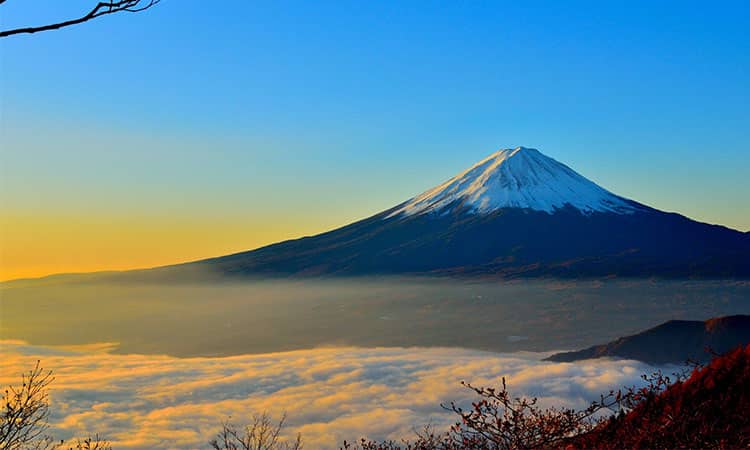 Apart from being the highest peak in the world, there’s much more cool stuff to learn about Mount Everest. Climbing to the top of this snow-covered rock summit has been an archetypal dream to mankind. Below are some of the interesting facts that you should understand about Mount Everest.

This is quite thrilling, right? Read on to learn more about this fascinating mountain.

How is the weight of Mount Everest estimated?

To get this weight estimate, there are some assumptions made. First, Mount Everest is assumed to have a cone-like shape. To calculate the volume of a cone, we take a third of its base area then multiply by its height. When the radius is squared, we get an average of 2.5 miles then multiply by pi then divide by three. It gives you 547 million square feet which when multiplied by the height (11,500 feet) results in a volume of 2.1 trillion cubic feet. When multiplied by Eureka and density, we get an estimated weight of 357 trillion pounds.

It is thought that the mountains are tall because of their lightweight. They are also assumed to have light roots that make them float high in the crust of the earth. Mount Everest is the tallest in the entire world. The mountain sits on Tibetan plateau which is twice the height of the mountain.

The mountain doesn’t have the shape of a perfect cone but the weight is calculated from the 60-degree angle estimate. The height of the mountain is thought to grow by 2.5 inches every year. In the last 2600 years, the mountain is believed to have increased by a full mile in its height.

What adds up the weight of Mount Everest?

If you are a mountain climber, then you must have always had the dream of climbing to the top of this highest mountain. But do you know what makes it up? To understand what makes up Mount Everest and its weight, we have to study about its geology.

Mount Everest is thought to have formed about 65 million years ago when two crustal plates – the Indo-Australian and the Eurasian plates collided. The collision resulted in the formation of the mountain where heavy rocks were pushed down into the mantle of the earth and lighter ones like sandstone and limestone pushed upwards to form the mountain. The Indian subcontinent moved towards northeast thus crashing into the Asian continent. The Indian plate moved by 1.7 inches each year. It is also being pushed by the Asian plate that declined to move thus leading to the formation of the Tibetan Plateau and the Himalayas. The plateau continues to rise by 5-10 mm per year.

At the top of Mount Everest, you will find old fossils and shells of sea creatures dating back to over 400 million years. The remnants are thought to have been deposited at the shallow bottom of the tropical seas. It is these fossils that were deposited at the top of this tall mountain.

Additionally, at the peak of the mountain, you’ll get marine limestone that was once submerged under the Tethys Sea. This is an exposed watercourse that once existed below the Asian and Indian subcontinents about 400 million years ago. These remnants of marine creatures have turned into rocks. We can, therefore, say that the top of Mount Everest is made of marine limestone.

The mountain also contains sedimentary layers composed of marble, limestone, pelite, and shale. Under these sedimentary layers are old rocks such as pegmatite, granite, metamorphic rocks and gneiss. The whole mountain is made up of three distinct layers of rocks. At the base are Rongbuk, North Col in the middle and Qomolangma at the top. The rock layers are separated by small fault angles that have forced over one another resulting in a zigzag pattern.

The Rongbuk Formation is composed of basement rocks. These are metamorphic rocks that include gneiss (a fine banded rock), and schist. Between the beds of these old rocks are massive sills of pegmatite dikes and granite. These are thought to have formed when molten magma sipped into the cracks of the rocks then solidified. At the middle is the North Col Formation. This starts from about 4.3 miles as you rise up the mountain.

The layer is composed of several sections. At the topmost part is the Yellow Band. This is a yellow-brown rock made of marble, semi-schists (sedimentary rock that is slightly metamorphosed) and phyllite with biotite and muscovite. The yellow band also features old fossils and skeletons of marine creatures, crinoid ossicles. There are several interchanging layers of schist, phyllite, and marble below the Yellow Band. At the bottom is a huge layer of schists which consists of metamorphosed sandstone, limestone, and mudstone. Lhotse detachment is found at the bottom. This is a push fault that separates the underlying Rongbuk and North Col Formation.

At the highest section of the mountain is the Qomolangma Formation which is at the summit of the mountain. This layer is made of recrystallized dolomite, limestone from the Ordovician, laminae, and siltstone. The Qomolangma Formation starts from about 5.3 miles above the North Col Formation where there is a fault zone. The upper sections of this layer are made of several marine fossils like the trilobites, ostracods, and crinoids.

Other factors that affect the weight of Mount Everest

Gravity changes as you go up. Science has it that the force of gravity is weak around the equator because of the centrifugal forces caused by the rotation of the planet earth. Similarly, in high altitude areas that are far away from the center of the earth like the summit of Mount Everest, gravity tends to be weak. This can affect your overall weight. The larger the distance between you and the bulk of the earth’s mass, the lower the gravitational force exerted on your body. Therefore, when you climb high up Mount Everest, your weight will reduce.

If you can dig a hole deep into the center of the earth, then your weight will become zero. This is because various gravitational forces going from all directions will be acting on you. Hence, we can say that the weight of Mount Everest is an estimate because gravitational force affects the weight of layers of rocks and stones at the upper layers.

Moreover, the mountain is also thought to continue growing taller each passing year. This results in the increase in the height of the mountain which still affects its weight.

Mount Everest is in which country?

Mount Everest is found at the border of Tibet and Nepal in the Himalayan Mountains. It is located between China and Nepal. From the Nepal side, it forms part of Solukhumbu District. It forms the Tibet Autonomous Region from the China side. It is the highest mountain in the world and most mountain climbers have always wanted to get to its peak.

What is the average temperature at the top of Mount Everest?

According to the reports by CNN Travel, the average temperatures at the top of Mount Everest varies from 31 degrees Fahrenheit (-0.5 Celsius) and -4 Degrees Fahrenheit (-20 Celsius). There is less wind in the month of May and is the right time to climb Mount Everest. But again, there is ice, snow, and glacier. It can be very dangerous to climb because of the very low temperatures.

Does your mass change while at the top of Mount Everest?

Mass doesn’t change like weight. It is constant regardless of where you are. It doesn’t depend on gravitational pull that changes based on your location. To get your weight at sea level, you multiply your mass with gravitational pull and the mass of the earth then divide with the distance between you and the earth’s center. Mass is always the same.