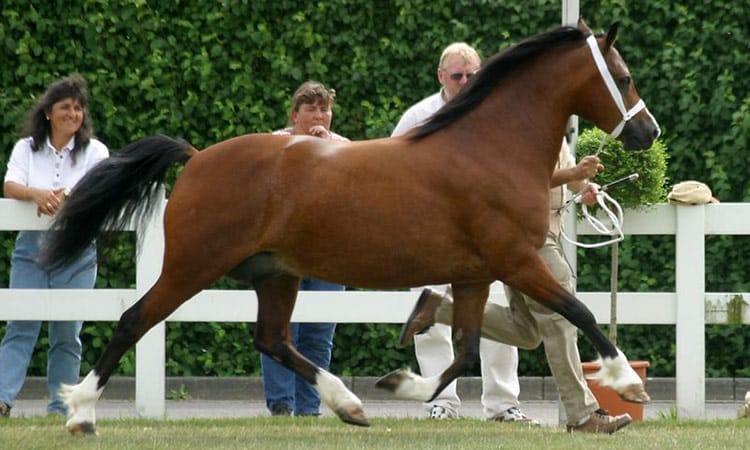 Can you picture what 700 pounds looks like? If you can’t, you may want to know some animals that weigh that much to help you.  Even if you can picture 700 pounds, learning about animals at that weight can put everything into perspective.

Thinking about weighing 700 pounds may be scary, but it’s normal for many members of the animal kingdom. Even though they weigh almost five times as much as humans, they aren’t overweight. Consider these animals that average about 700 pounds.

When you think of the Ice Age, you probably think of animals that are all extinct. However, the Musk ox is still alive and well, and it weighs about 315 kilograms, which is roughly 700 pounds. When fully grown, some of them can reach closer to 800 pounds.

Musk oxen can reach up to five feet tall when they’re adults. They have thick coats of fur to keep them warm in the cold conditions up north.

Today, they’re a relatively large animal, at least for the Arctic animals we have now. Compared to other animals from the Ice Age, though, the Musk ox is fairly small. Animals like the mammoth and mastodon were much bigger.

Still, you don’t want to mess with a Musk ox. At 700 pounds, they can be scary, and their strength is what kept them alive while other species died out. In the wild, they live in the United States, Canada, and Greenland.

If you prefer to visit them in a zoo, you can find them at the Minnesota Zoo in the United States. While you won’t find them outside of the arctic, they are at low risk of going extinct.

While not one animal by itself, the combination of a male and a female lion equals about 700 pounds. Female lions weigh about 280 pounds on average. Meanwhile, male lions tip the scale at about 420 pounds.

Add those two averages together, and you get 700 pounds of adult lion. And since males and females need to be together to reproduce, you can probably find a couple. If you don’t want to travel to Africa to find them in the wild, your local zoo probably has a lion or two that you can visit.

As predators, lions need to be big so that they can scare and catch their prey. Both male and female lions can hunt, so it’s interesting to see how much bigger males can get when compared to females.

However, that doesn’t mean that 420 pounds is the maximum weight of a male lion. It may not be common, but a few male lions have weighed almost 600 pounds. That makes for a large cat that you don’t want to mess with.

Another large animal that weighs around 700 pounds is the Bongo, which is a species of antelope. They can be as small as 525 pounds or as heavy as 800 pounds when fully grown, and they average about 680 pounds.

Bongos are the largest forest antelope in the world, and they have brown fur with white stripes. Both males and females have horns, which isn’t too common with other species.

These animals tend to be shy, and they don’t usually interact with large groups. They live in countries in western and southern Africa. Unfortunately, they are considered a near-threatened species. In the future, they may be more at risk of extinction.

If you want to see them in a zoo, you can visit them at the Los Angeles Zoo. While their weight does vary, you can get a good idea of their average size without having to venture on a safari.

Believe it or not, the domestic donkey can easily reach 700 pounds. The animal stands about five feet high as an adult, at least in terms of shoulder height.

Their weight can fluctuate, particularly along with water levels. They can lose 30 percent of their body weight if they need to go without water for a long time. However, they will regain that weight after they get a chance to drink enough water. They’re also used to going without food.

Donkeys use unique calls to communicate with other donkeys when in the wild. If you own one, you can use it to protect your other livestock.

Domestic donkeys live in stony desert regions, but you can find them all over the world. They got their start working to help people build the Great Pyramids since they could carry up to 200 pounds.

Whether you’re a farmer or not, domestic donkeys are amazing animals. After all, males are responsible for creating mules when they breed with female horses. You can find them at zoos, like the Peoria Zoo.

Another animal that weighs about 700 pounds, though usually a bit more, is the Icelandic pony. Like the domestic donkey, these ponies are smaller than your average horse, but they’re still pretty big.

On average, the Icelandic pony weighs about 700 to 900 pounds as an adult. They stand about four to four and a half feet tall. The species arrived in Iceland with the first settlers, and it has stayed there ever since.

Because of this, you will have to travel to Iceland to see one in person. They are friendly, non-aggressive horses.  Icelanders are very proud of their ponies, or horses, depending on who you ask.

Over the years living on the island, Icelandic horses have evolved to have thick coats to keep them warm. To keep them from contracting horses common to horses, you cannot import other breeds into Iceland. All of this care means that these animals can live an average of 40 years, and some live much longer.

If you want to see a 700-pound pony outside of Iceland, you might have better luck finding a Welsh pony. They can weigh about 400 to 700 pounds as adults, and they are about four to five feet tall at the shoulder.

They got their start in Britain, and they were crossbred with Arabian horses and other bloodlines. In the late 19th century, Welsh ponies started coming to the United States.

The breed is grouped into four categories based on the height of the specific pony. Smaller ponies are great for children to ride since the ponies are 12 hands, or 48 inches tall. However, adults usually ride the ponies that are 15 hands, or 60 inches, tall.

While riding is a great activity, Welsh ponies have done a lot of work, from pulling cargo to going on mail routes. Today, the horses are growing in popularity, so you can find one to ride or meet more easily.

If you’re looking for an individual animal who weighs exactly 700 pounds, you may not find much. However, if you’re willing to combine two animals or go slightly above or below, you can find plenty that weigh around 700 pounds. The next time you need to picture what 700 pounds might look like, you have a few easy options.