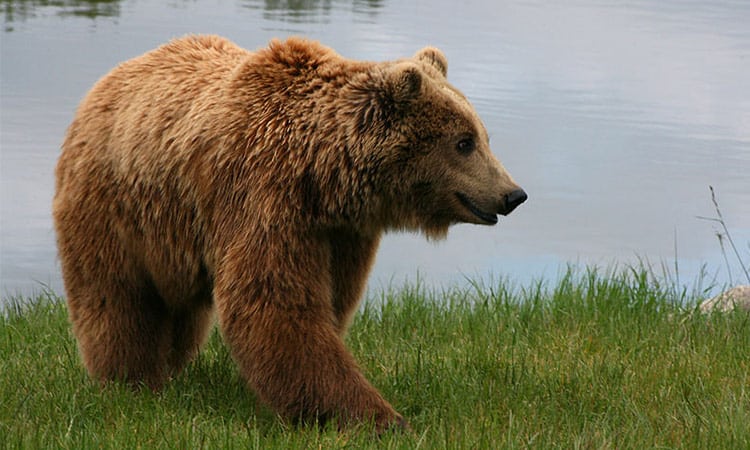 The diversity of the animal kingdom is simply amazing. Life has adapted to dwell in the air, on the land, and in the sea. The smallest animals weigh just a few ounces and are hard to see with the naked eye. The largest animals are bigger than buses, trucks, ships, and other man-made machinery that we’ve developed to do big jobs.

Which animals weigh around 2000 pounds? It can be hard to wrap our heads around the size of huge animals. After all, a Blue Whale can be 100 feet long and weigh up to 300,000 lbs. Even if we only consider land animals, an African Elephant can weigh 24,000 lbs. Just to put the amazing stature of these giants in perspective, let’s consider all of the animals that weigh in around 2,000 pounds.

Our list is only going to include animals that are alive today, so there won’t be any Titanoboas or Wooly Mammoths. It’s going to use the average adult weights that the scientific community agrees on for each species so we’ll be leaving Hogzilla off the list and there won’t be any Blue Whales in their terrible two’s either. Still, we’ll be talking about mammals, fish, and reptiles that represent six of the seven continents.

As you read the list, keep in mind that it would take almost 150 of each animal to equal the size of a Blue Whale or a dozen of each to equal an African Elephant!

11 Animals That Weigh Around 2000 Pounds

An adult Pacific Walrus can weigh between 2,000 and 4,000 lbs. They live on ice floes in Arctic waters. They eat worms, shellfish, snails, shrimp, and fish. They can dive to depths of more than 250 feet and hold their breath for up to a half-hour. The predators that prey on Walruses include Killer Whales, Polar Bears, and humans. A Walrus can live to between 40 and 50 years old.

An adult Wild Yak can weigh up to 2,200 lbs. They live on the Tibetan Plateau in Asia and eat grasses, shrubs, and other vegetation. They are an important source of meat, milk, wool, and transportation for people in that region. Predators of the Wild Yak include the Tibetan Wolf, Brown Bears, and Snow Leopards. A Wild Yak can live for up to 25 years.

An adult Gaur can weigh between 1,400 and 2,200 lbs. They are one of the largest species of cattle, and they live in the forests and grasslands of south and southeast Asia. They eat grass and leaves. Gaur are also known as Seladang or Indian Bison. Humans and tigers are the main predators for Gaur. They can live for up to 25 years.

An adult American Bison can weigh between 700 and 2,200 lbs. The American Bison roamed the entire North American continent before hunting drove them close to the point of extinction. Today their habitat consists of grasslands in areas where herds have been reintroduced. They eat grass. Their size makes them difficult prey for anything but humans when they are healthy, but young, old, or weak bison are preyed on by wolves, bears, and mountain lions. They can live to be 15 years old in the wild and up to 25 years old in captivity.

An adult Leatherback Turtle can weigh up to 2,000 lbs. They are the largest turtles on earth, and they can be found in the Atlantic, Pacific, and Indian Oceans and the Mediterranean Sea. The feed on primarily on jellyfish but have been known to eat other soft-bodied organisms as well.

The predators that threaten Leatherback Turtles vary according to the stages of their lifecycle. As eggs, they are prey to crabs, lizards, raccoons, dogs, coyotes, and mongooses. As young turtles trying to reach the ocean, those same species and many birds prey on them. Once they reach adulthood, they are rarely threatened by anything other than the largest predators like Killer Whales, Great White Sharks, and Tiger Sharks. They can live to be over 100 years old.

The Alaskan Moose is the largest subspecies of Moose. It can be found in Alaska and the western Yukon Territory of Canada. It can weigh up to 1,600 lbs. They graze on wetland grasses, shrubs, buds, shoots, and leaves. Brown Bears, Wolves, and humans are their primary predators. They can live between 8 and 15 years.

An adult Polar Bear can weigh up to 1,500 lbs. They are the largest species of bear, and they live on ice flows over Arctic waters and on land near the shore. Their diet consists primarily of seals but they will also eat Beluga Whales, Walrus, Fish, Narwhal, Reindeer, seabirds, and carrion. They are the only animal known to actively hunt humans. Humans, Killer Whales, and other Polar Bears are the only species to prey on Polar Bears. They can live for up to 25 years.

The second-largest species of bear, an adult Brown Bear, can weigh up to 1,500 lbs. They have a wide range of habitat, but the largest Brown Bears are known as Kodiak Bears and they are found in the coastal regions of Alaska. They are omnivores that feed on everything from insects, rodents, and fish to reindeer, moose, bison, sheep, and carrion. They also eat berries, grasses, roots, bulbs, and fungi. Other bears, humans, and tigers are the only predators for adult Brown Bears but cubs are preyed on by mountain lions and wolves as well. They can live to be between 20 and 30 years old in the wild.

An adult African Buffalo can weigh up to 1,500 lbs. They live in the forests, woodlands, and savannahs of Africa and eat grass and other vegetation. They need to drink water on a daily basis, so they never stray too far from a watering hole. Humans and Lions are known to prey on adult African Buffalo but Leopards and Spotted Hyenas prey on calves. They can live to be up to 30 years old.

There you have it! These eleven animals all weigh within a few hundred pounds of 2,000 pounds as an average weight for a full-grown adult. Of course, some of these species are capable of growing quite a bit larger on an individual basis. The next time that you stand next to a full-grown Hereford Cow or a family sedan, take note of the size, and you’ll be able to get a good sense of how big these animals are. Then consider that a blue whale is 150 times that size!