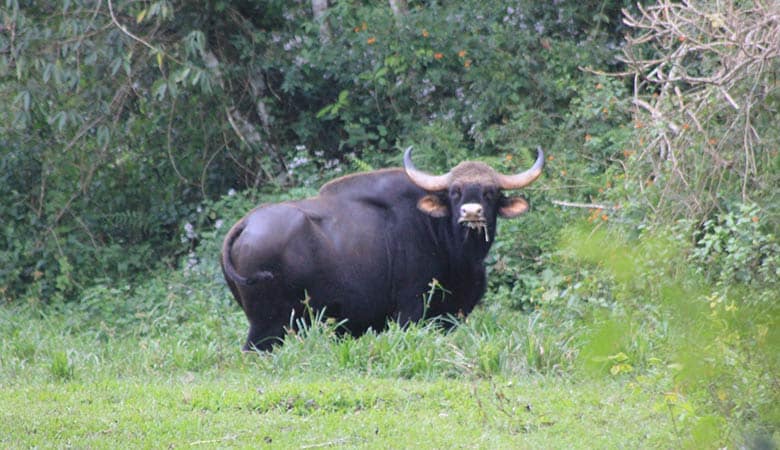 As we all know, animals come in many shapes and sizes. Usually, when we think about animals, we think either the biggest animals like elephants and whales or we think of the smallest like hummingbirds and frogs. Animals that lie in between these two usually get overlooked but we won’t overlook them today.

What are some animals that weigh around 600 pounds? Just like humans, animal’s bodies and weights can vary on lots of different factors, so even though these animals are found around 600 pounds doesn’t mean they always weight that much. Here are five results we found:

A grizzly bear is a subspecies of the brown bear that only inhabits North America. Many different forms of grizzly bears have come along over the years like Kodiak bears and Peninsular grizzlies. Each of these bears is categorized based on what they eat and where they live.

There are currently around 55,000 grizzly bears located in North America. Most of this population actually resides in Alaska, and the rest of them live in northwestern states like Montana and Wyoming.

Grizzlies’ diets usually differ depending on where they live. Certain types live inland on mountains and in jungles while other types live on the coast of the ocean. Inland type bears get a lot less fish and prey, so they usually end up eating rodents, berries, and various grasses.

Coastal grizzlies get lots of salmon and other types of fish, along with a lot more prey from other types of animals living around the coast. Because the grizzlies on the coast get much more food, they usually end up weighing much more than the inland bears. On the other side, though, inland bears tend to be a lot more aggressive because it’s not every day they get a big meal.

When we think of zebras, we think they live on savannahs like what we watched on Lion King, but there are more types of zebras than that. Mountain Zebras are native to Namibia and South Africa and live on mountain slopes, open grasslands, and woodlands.

These zebras can be 7 feet to 8 feet 6 inches long, and their tail can be as long as two feet.  Mountain Zebras can weigh from 450 to 820 pounds with an average weight of around 600 pounds.

Their ideal habitat is up in the mountains, where it is hot, dry, and rocky. They look for slopes and plateaus that are 3,300 feet above sea level. During the winter, though, they may migrate to lower levels of the mountain to escape the cold temperatures.

Mountain Zebras do not live in large herds like plains zebras. They form small groups that usually have one male and one to five females along with the offspring. These zebras also need to find water for everyday living, which could be scarce in some mountains. If they can’t find water, they’ll dig in river beds for ground water.

A grey seal is a large seal that is found on the coasts of the North Atlantic Ocean. Grey seals are also known as Atlantic seals and horsehead seals. An easy way to distinguish between grey seals and other types of seals is that these grey seals look like they don’t have ears.

Grey seals are significantly bigger than other types of seals. From head to tail, males, or bulls, can be 6 feet 5 inches to 7 feet 7 inches long and weigh anywhere from 400 – 680 pounds. Female seals, or cows, usually weigh between 220 to 420 pounds.

These seals can be found on the shores of the Atlantic Ocean. On the Canada and United States side, they can be found in places like Newfoundland and Quebec. The largest colony known is in Nova Scotia. They also form packs as far south as North Carolina although they mostly stay near Maine and Massachusetts.

Grey seals, as you can expect, feed on different kinds of fish they can find. They look for fish like sand eels, herrings, and cod but will also settle for bigger sea creatures like lobster and octopus if they can’t find anything else. Grey seals need around 11 pounds of food every day.

Probably the one animal that most will never have heard of, the Dexter cattle is a European breed of cattle. They originally were found in Ireland and were then brought to England in 1882. They can now be found all over the world, including North America, South Africa, Australia, and many parts of Europe.

Dexter Cows are a small breed of cows that have an average weight of 600 to 700 pounds, although there are some bulls that have reached weights close to 1000 pounds. This type of cattle is seen as particularly small compared to cattle we normally see which weigh about 1600 to 2400 pounds.

Another way to distinguish a Dexter cow from others is that they don’t look like traditional cows we think of. They are either black, red, or brown and usually have zero white markings on their body.

Dexters are known to be a small, dual-purpose breed of cattle. Farmers can use these cows for beef or milk but usually stick to one or the other because of their small stature. They also are known to produce milk that is very rich and high in butterfat.

The green anaconda is one of the heaviest and longest snakes known to mankind. They can grow to longer than 29 feet and weigh up to 600 pounds. The craziest thing about these green anacondas is that they measure more than 12 inches in diameter.

Unlike all the other animals on this list, females are actually much larger than males. There are other types of anacondas like reticulated, yellow, and dark-spotted, but all of these forms of anacondas are smaller in weight and length.

Green Anacondas can be found in swamps, marshes, and streams with slow-moving water. They usually stick to rain forests in the Amazon and Orinoco basins. Their style of attack is staying stealthily in the water, spying on their prey. Because their eyes and nasal passages are on the top of their head, they can look and breathe outside the water while the rest of their body is submerged.

When you think of snakes, you think they eat mice and other rodents. That’s not true with these snakes. Green anacondas diets consist of wild pigs, deer, turtles, and more. They’ve even been known to capture and consume jaguars. Anacondas are not venomous creatures. They instead coil their bodies around their prey and squeeze until the animal suffocates.

Their jaws are able to open wide enough to swallow any of these creatures whole. Because they eat these big creatures, it settles in their stomach and doesn’t get digested right away. This allows green anacondas to go weeks or even months without food.

link to List of the 20 Lightest Fruits in the World

Asking which fruit is lightest is a little bit like the old riddle about a pound of feathers and a pound of lead. After all, it isn’t shocking that a watermelon weighs more than a raspberry—but...

Our society is obsessed with superlatives. What is the biggest, longest, tallest, heaviest, fastest, richest, most popular, most dangerous, most expensive, etc. Also channeling our attention is the...