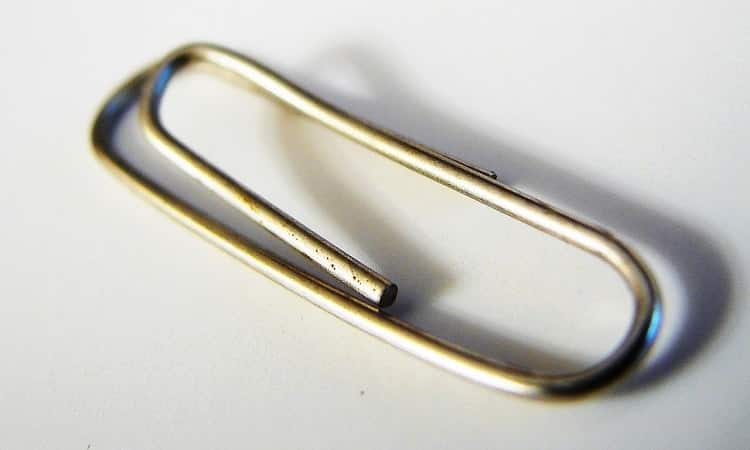 The measurement of a gram is one of the most widely used measurements, but the number of items that weigh exactly a gram is quite short. If you jump back to your elementary school years, you may remember your teacher trying to explain to you just how small a gram was, and there was probably a bit of a struggle to determine a reference object that weighed a gram.

How many things weigh a gram? This question is quite difficult to answer because a gram is a very light weight to measure, and there are few things with the exact measurement. With some research and trial and error, I was able to compile a list of 10 items that weigh a gram.

When looking at grams, we typically think of measurement for medicine because of the small dosages. However, there are some concrete objects that weigh a mere gram.

Ten Objects that Weigh a Gram

Finding objects that weigh a gram can be challenging. When I was a classroom teacher, we often referred to the old standby of a paperclip weighing a gram. Not only was it readily available in the classroom, but it was also a known visual reference for the students.
As an adult or teacher, perhaps you are curious to know what other objects weigh a gram.

This is referring to American currency, which means it could also be stated as American paper currency weighs 1 gram. Because currency in other countries may not have the same dimensions, density of ink, or weight of paper, it cannot be generalized as all paper currency.

The ever-popular paper clip example for a gram. When you think of a paperclip, you probably have a visual of a small or large paperclip. When using it as an exemplar for a gram, it is important to note the paperclip will be the small size, not jumbo or decorative.

I bet you never thought of the weight each of the candles on a cake could be. If you take a standard birthday candle and weigh it, you will recognize that it weighs a gram. When speaking of standard, it is a one-color candle without any extra embellishments on it.

You have probably seen, received, or given multiple business cards throughout your lifetime. Did you know the matte cards weigh one gram each? It is important to remember this weight excludes glossy finish cards because the gloss can add weight. It seems insignificant, but when you are working with mass as small as a gram, it can add up quickly.

We aren’t talking about chocolate and yogurt covered raisins here. This is the weight of a plain brown, white or yellow raisin that you can pull out of the box. Knowing that raisins naturally vary in size, shape, and even water content, this cannot be applied to all raisins, but most will fit this category of weight.

Let’s walk down memory lane to your high school days and the elusive crystal Bic pens. The cap with the little hole at the end of it, which was great for making whistling noises, am I right? Well, that little piece of plastic weighs a gram. This measurement is exclusive to the Bic crystal cap and cannot be applied to all pen caps.

The weight of a standard or normal thumbtack will be one gram. This isn’t referring to the new decorative thumbtacks. These are the everyday clear or colored plastic thumbtacks.

We all know sugar is a pretty lightweight material in and of itself. To get a one-gram measurement, you will need ¼ of a teaspoon. The teaspoon must be level and not rounded up. This is referring to regular fine grain sugar, not confectioners, brown or raw sugar. When you increase or decrease the density of the sugar granules, the weight will change.

There are no coins in the United States that weigh exactly a gram, but the Chinese Yen weighs exactly one gram.

How do I measure a gram?

When you begin looking at the small measurement of grams, you may be wondering how you can measure something so small. In order to accurately measure a gram, it is best to use a digital scale. Digital scales provide a much more accurate measurement than manual scales.

You will notice pharmacists use scales when measuring out powder for medicine. If a pharmacist tried to eyeball a gram, it could be very dangerous and even deadly to the patient.

If you aren’t fortunate to have an electronic scale, you can use a balance scale to measure grams. Likely you won’t have a balance scale just laying around, so you may need to make one. There are several tutorials online that can help you with making a balance scale. You will need to following materials to make a working scale:

While this may not be the most scientific method of measurement, but it could be a fun method to use in a classroom to explore the weight of a gram.

What are Grams Typically Used For?

Who Uses Grams in Daily Measurement?

So now that you know a few items that weigh a gram, here are some interesting facts that may leave you astounded. According to the World Atlas, there are three countries in the world that don’t use the metric system.

All the other countries in the world currently use the metric system as their form of measurement.

Perhaps you are wondering how many grams would make up some of the standard measurements we are accustomed to in the United States.

For someone in the United States, these measurements may seem much more confusing than just using the words we are accustomed to, but around the world, this is the accepted form of measurement.

Now that you know several objects that weight a gram, take some time, look around and see if you can find anything else that weighs a gram. Happy Measuring!