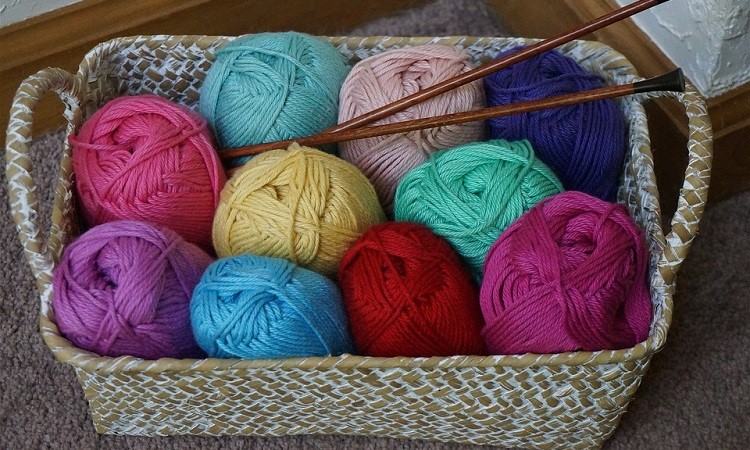 Knowing everyday items around your house that weigh about five pounds will come in handy way more often than you think it might. For example, if you find that you’re wanting to start doing lifting exercises, but you simply don’t have the time or money to buy weights, you can easily find items that you already have that you can use instead of spending the money on actual weights. Maybe you need five pounds to hold something down. We curated a list of items that will come to your rescue no matter the reason.

Why You Need to Know

There are a few different reasons why knowing the weight of the things you have in your house could be important. Many recipes, for baking in particular, measure out their ingredients by weight. If you don’t know how much your bag of flour weighs, you might not have enough, which will lead to a disaster.

Along with trying to find an easy household fix for lifting weights when you can’t get to the gym, you might want to know what around you is heavy because it could be causing you problems. As someone with notorious back problems, lifting anything above about 7 pounds is detrimental. If you’ve just had surgery or if you’re pregnant, keeping your lifting to a minimum is imperative to recovery.

Bags of sugar, flour, and potatoes are always a good place to start if you’re looking for something to use as a weight. They do not need to be kept cold, so you won’t need to worry about them spoiling like you would gallons of milk or ice cream. You can choose the weight of the bag you buy; most stores will carry anywhere from 1 to 10 pounds, though you can find a 20-pound bag or bigger at bulk stores like Sam’s Club and Costco.

Sometimes, the grocery store has a sale on one-pound packages of bacon. Maybe they’re doing a two-for-five deal, and you want to make a breakfast casserole. You won’t get much larger than a one-pound package of bacon at your local grocery store, though they will be available at bulk stores most of the time. So, if you go to the regular grocery store and see that they’re having a sale, you can expect to be able to buy five packages of bacon and have them weigh in at about 5 pounds total.

In the US, yarn, rather than being sold by yardage, is sold by weight. As an impulse buy, someone might have bought five pounds of yarn off of Amazon in bulk. From this yarn, that someone was able to produce nine different skeins. Of course, that number will vary by personal preference, like how big you like your skeins to be.

Grocery stores have those weird food scales no one really uses. If you did use one of those things, then you might realize that one bunch (typically 5-7 bananas) is about one pound. That means that you could buy five bunches of bananas for a total of five pounds. Not going to lie, as someone who is slightly addicted to bananas, that sounds incredible.

Sticks of butter are so beautifully uniform. Wherever you go, whether it’s to a bulk store or your local grocery store, one stick of butter is going to be the same, no matter the size of the pack you buy. Four full sticks of butter make one pound, so you would need twenty sticks to get to five pounds. Now, you might ask yourself, “who the heck would buy that much butter?”

Someone who bakes would buy that much butter. Butter is an integral part of almost every baked good there is, so especially around the holidays, don’t be judging if someone has five pounds of butter sitting in their refrigerator!

Two Racks of Baby Back Ribs

A rack of baby back ribs, which is about ten bones, weighs about two and a half pounds. That means that you could have two of them if your goal weight for ribs was five pounds. That’s a lot of ribs, but anyone who likes them knows that it goes fast. If you have a barbecue, you should plan on having at least two bones per guest. So, in this situation, five pounds of ribs would be just about perfect for a small party.

Footballs are something most people have lying around their homes, whether there’s a kid in the house that plays the game or you like to bust it out at parties for fun. One football weighs about 15 ounces. So, four footballs would be barely under five pounds. Following the Price Is Right rule of closest without going over, four footballs make the cut.

War and Peace weigh approximately 3 lbs, 14 oz on its own. So, to close that gap, you could stack the first 460 pages of War and Peace on top of the completed book, and you would have right around five pounds worth. Why did somebody weigh it, you ask? You probably haven’t read War and Peace. Weighing it is the most interesting part.

There’s lots of food going on here because that’s what you usually find in a home. Costco rotisserie chickens are a gift to this planet, and they weigh in at about two and a half pounds apiece. Of course, the weight will vary from chicken to chicken, but that is their average weight. That’s true for most premade rotisserie chickens. Two rotisserie chickens are just about perfect for feeding a family of eight, which means they’re also a great option if you’re having a small get together and want to bamboozle your guests into thinking you made food when you did not.

One pound of paper is approximately a hundred sheets, so to get to five pounds, you’ll need 500 sheets of standard laser-printer paper. This amount of paper isn’t unusual at all, considering most stores will sell reams of paper that contain exactly that. Especially if you have kids or younger siblings, you know that 500 sheets of blank printer paper do not go very far. It probably calls to them in the night or something.

Once you add in books, keys, technology, and all of that to a standard backpack, you can expect it to weigh around five pounds on average. That is, of course, unless you or your kids are taking a bunch of hard classes that, even in the age of technology, all require physical textbooks. Then you can expect a much heavier backpack. Knowing how much your backpack weighs can help you in the long run; if you begin to feel like you’re having a lot of back and shoulder pain, knowing how much your backpack weighs might help you eliminate the problem.

Don’t Let it Weigh You Down

Knowing how much stuff around you weighs is important, but you shouldn’t focus too much on it. When you’re cooking, following a recipe is important, but what’s more important is that you are enjoying it. Letting yourself become concerned with getting the exact weight right every time is going means you won’t be able to improvise when you need to.

However, being aware of how much the things around you weigh could come in handy, especially if you find yourself in a situation where too much heavy lifting will cause you