Rail transport has been a means of moving cargo since the days of Ancient Greece. This long history continued to develop as new technology progressed. The Industrial Revolution saw a massive change in both the things that could be transported by train and the weight at which they could handle. Today, the heaviest trains are responsible for carrying cargo worldwide.

The 10 Heaviest Trains in the World (Lightest to Heaviest)

The heaviest trains are freight trains as they carry heavy materials such as coal or iron. These are measured in gross (total) weight and the weight of the locomotives is not included. This weight is measured in metric tons for standardization. This list details the heaviest trains used around the world and the components that contribute to the significance of their weight. 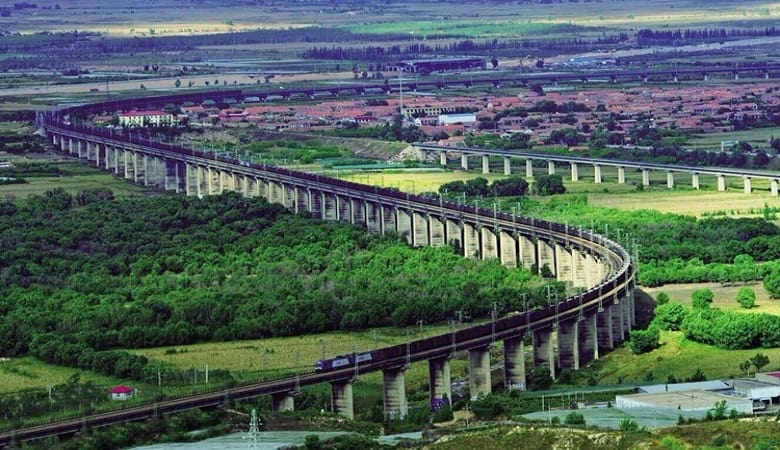 The Chinese rail company starts our list off with a 20,000 metric ton coal train. With 210 wagons, this company carries hundreds of millions of metric tons in iron and coal every year. The company was named “Daqin” for its transportation between the mining center, Datong, and Qinhuangdao.

The 20,000 metric ton trains are the heaviest operating across China to maximize weighted trips. Multiple railways companies are working on technology to provide 30,000 metric ton axle load train for mineral transport across the country. 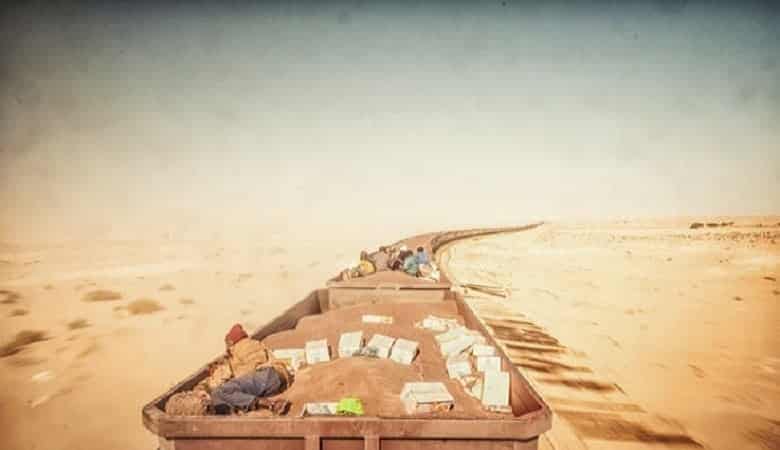 As the only operating freight train in Mauritania, this 20,000 metric ton load carries iron ore on a 16-21 hour journey. 220 iron hoppers are connected to form a 1.5 mile long train (with more wagons, we placed it above the Daquin train). Weight is dependent on the number of hoppers connected, making each one around 100 metric tons. Each hopper can hold up to 84 tons of iron, making the weight of the hopper around 16 tons.

With this significant weight, the train only moves around 30 miles per hour. In addition to the iron being hauled, there are multiple empty rail cars for transporting goods and people. A typical rail car weighs around 30 tons when empty and can hold up to 100 tons of additional weight. The train makes one short stop and this allows people and goods to enter the train.

Produce, furniture, and other desired materials are loaded into these cars for journeys back to smaller villages. Humans can buy tickets to sit or just hop on top of the iron mounds. 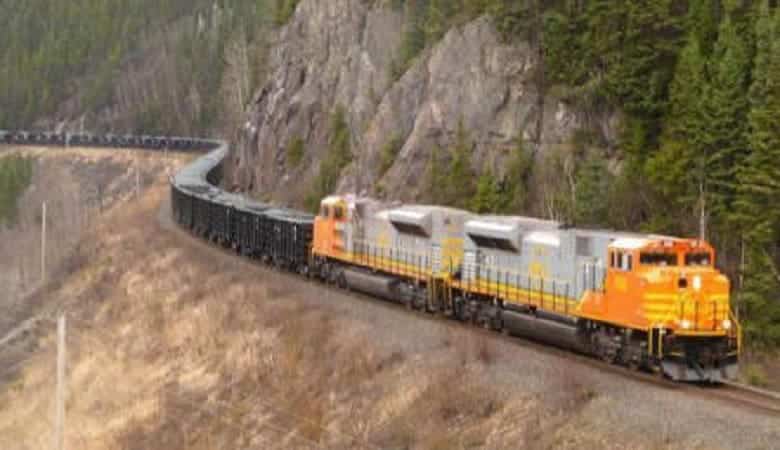 The Quebec North Shore & Labrador railway company moves an impressive one-manned crew iron ore train weighing 30,000 metric tons. These are among the heaviest operated in North America and as shown by this list, around the world. These trains pull upwards of 240 cars, making each car weigh upwards of 125 tons with iron cargo in tow.

A typical car weights around 30 tons, making the load itself weigh around 95 tons. This varies between car to car from different rail companies. 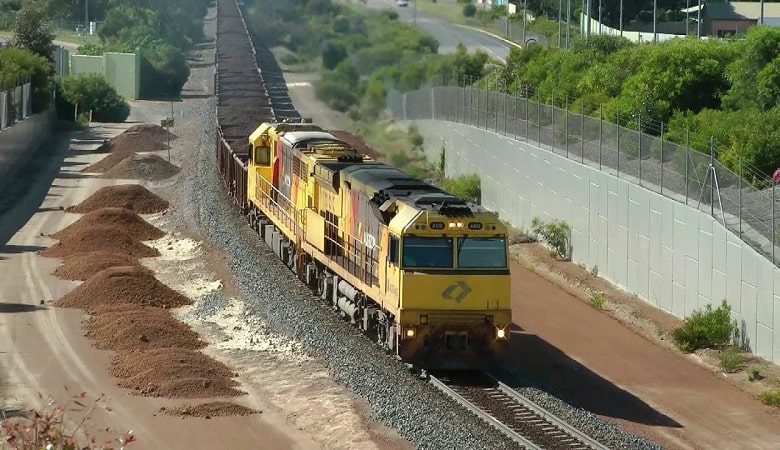 Australia boasts some of the heaviest and most impressive freight trains in the world. Aurizon runs iron freight trains to Esperance in Western Australia, carrying 32,320 metric tons not excluding the diesel locomotives. 14,500 of that number is designated for the gross load in metric tons.

This leaves the additional weight for the freight train and cars itself. The train must be heavy enough to support the significant weight of the materials being carried. The axle load (or total weight that can be supported by one axle) is 40 metric tons. This requires over 800 axles to support the weight of this heavy train.

Iron ore is transported across the Pilbara region of Western Australia along many rail lines. Fortescue is one of these operations that pulls a 40,000 metric ton iron ore train. With 250 wagons per train, 35,000 tons of it are designated as payload (the load that revenue can be taken from: cargo).

Fortescue continues to develop in efficiency and performance, directly correlated to weight capacities. The line was only able to accommodate 40 metric tons of axle load, but with advances in technology, it can handle 43.5 metric tons. This continues to improve as they use 45 metric ton axle load bearing technology on a little less than half of the wagons on a train. 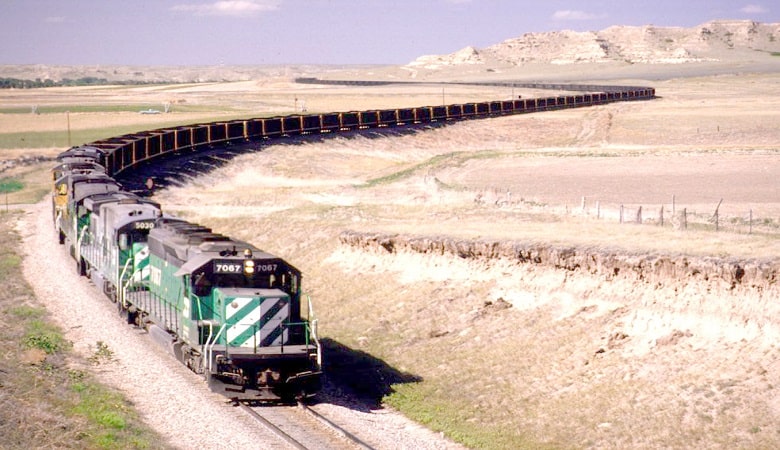 Transporting coal from what is now Kazakhstan to the Urals mountain range region in Russia, this train maxed out at 43,400 metric tons in 1986. Multiple diesel locomotives carried 439 wagons on this train. This was considered a test train to see the feasibility of carrying this much weight across the Soviet Union.

Test trains are used to see if other trains would be able to make these trips consistently. They are often recorded in record books but not regularly duplicated for regular transportation. This was one of the heaviest and longest train feats in the world at the time of completion. 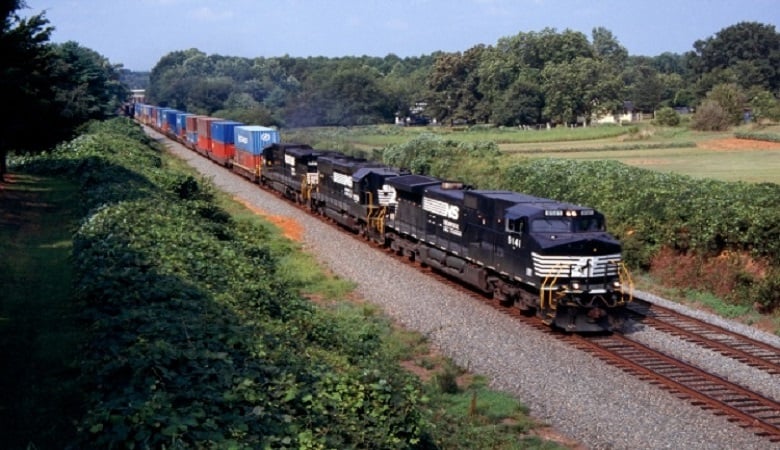 In 1967, a freight train transported coal from West Virginia to Ohio, weighing 43,699 metric tons. This is the heaviest train on record in North America and was used as a test for acceptable train weight and length. This train was composed of 500 cars and a caboose, being powered by six diesel locomotives.

The current trains that run regularly in North America today weight around half the weight of this legendary train and carry less than half the number of cars. 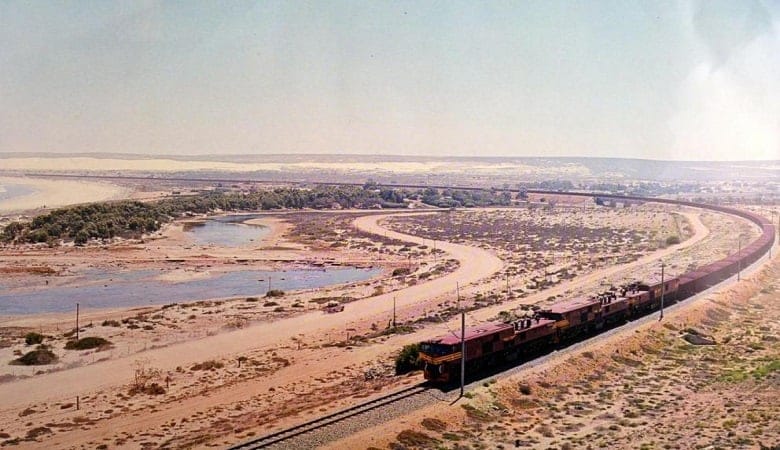 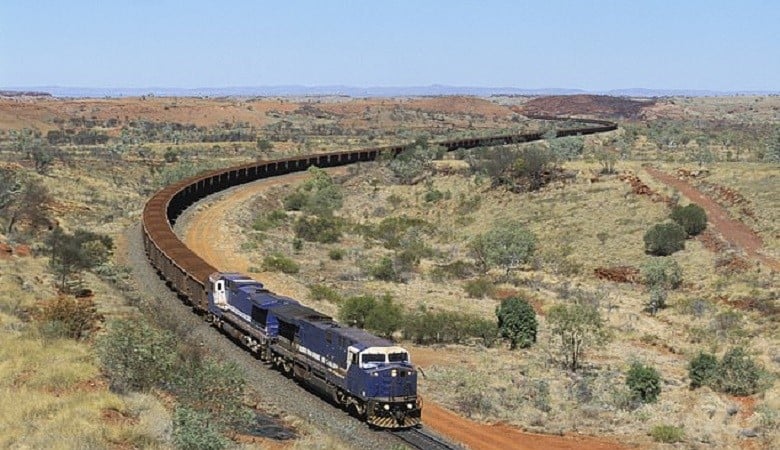 Australia takes the cake for the heaviest trains consistently. In 1996, it transported ore across the Pilbara region with a gross weight of 72,191 metric tons. It may have been shorter in length than the South African train it beat out, but was able to carry more cargo weight. This train was powered by ten locomotives and carried 540 wagons.

The Pilbara region is responsible for transporting significant amounts of iron ore around Australia. The company transports more than 70 million metric tons of iron ore per year. 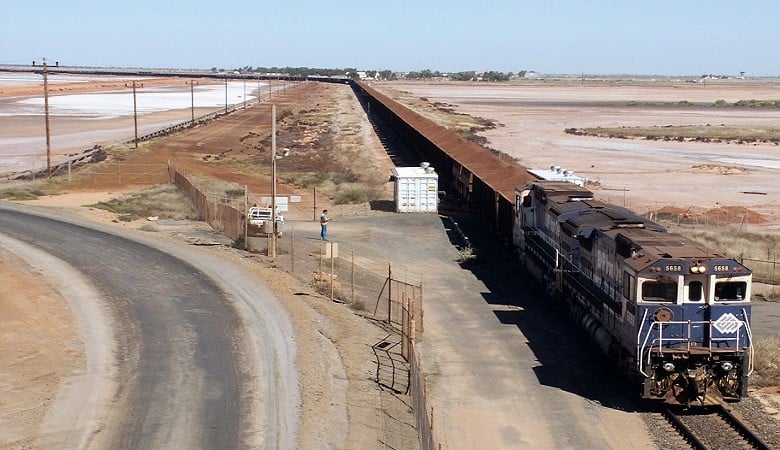 2001 saw the new champion of the heaviest train in the Pilbara region of Australia. BHP replaced one of its own trains with this record. Weighing in at 99,734 metric tons, this blows the other trains out the water. 82,000 of the gross weight is designated for wet metric tons of iron ore.

682 wagons are pulled by eight General Electric diesel locomotives, making this the largest and heaviest train on record. This was a trial run, which was deemed successful despite minor technical difficulties that delayed the arrival time.

You won’t likely see passenger trains on “the heaviest trains” list anytime soon. Freight trains carrying heavy materials such as iron and coal (including all the trains on this list) are able to bring important materials to all parts of the world to help our industries develop and operate. Trains have been and continue to be a staple in the progression of our industrialized world.