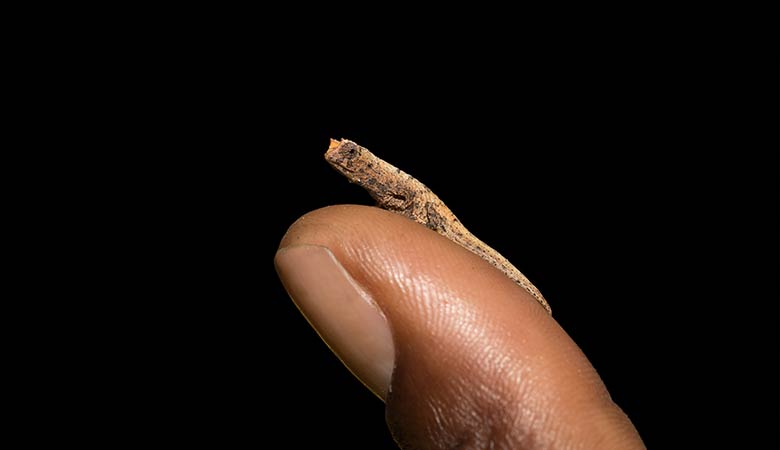 Our society is obsessed with superlatives. What is the biggest, longest, tallest, heaviest, fastest, richest, most popular, most dangerous, most expensive, etc. Also channeling our attention is the opposite end of the spectrum – the smallest, shortest, cheapest, etc. So in that realm, the animal kingdom gives us a large palette of creatures to compare and rank to our nerdy heart’s content.

This is by no means an official or authoritative list. There are certainly other species that should be on this list and unseat some that are, but the debate over the smallest and lightest animals in the world can never be fully answered. These are iconic representatives of the smallest types of animals to be found.

Mammals are hair- or fur-covered warm-blooded vertebrates whose young are born live and feed on their mothers’ mammary glands. Mammals include, but are not limited to, dogs, cats, bears, cattle, hippos, wolves, elephants, camels, deer, mice, bats, whales, and humans. The largest mammal is the blue whale, at over 100 feet and 190 tons.

There may be many more Etruscan Shrews scurrying around in the wild than we realize because, at 1.5 inches, they’re just too hard to see. Not only that, they’re almost always in a whirlwind of activity, so, blink, and you miss ‘em.

The mousy-looking critters come from a region stretching from the Mediterranean Sea to the jungles of Southeast Asia. Despite eating 25 times their body weight in food every day, the Etruscan shrew can manage only .08 ounce as an adult.

Imagine a swarm of tiny bats – each not much larger than a bumblebee – flurrying around your head. It’s the stuff of nightmares.

A fully grown Kitti’s hog-nosed bat is about an inch long, and it weighs around .075 ounce.

Jumpin’ Jerboas! This little critter can jump nearly five times its own length. Granted, that isn’t all that much, because the Baluchistan Pygmy Jerboa measures out at less than two inches.

He’s a member of the rodent family, which includes rats and mice, which humans tend to detest. But maybe we can show a little love to the pipsqueak of the family. He weighs a svelte .13 ounce.

The Baluchistan Pygmy Jerboa looks like a mini-kangaroo, with feet half as long as he is. This species can be found in remote areas of Pakistan and Afghanistan – not recklessly dashing about on open ground, but in burrows under bushes and in grassy areas.

Madame Berthe’s mouse lemur was named after Madame Berthe’s first name rather than her last name(Rakotosamimanana). It’s longer than the animal. The semi-famous conservationist and primatologist was the secretary and driving force behind the research group that discovered the animal in 1992.

The Madame Berthe’s mouse lemur is a three-inch-long bundle of energy found in the lemur capital of the world – Madagascar. But it’s only in the Kirindy Forest region of the country that the little lemur can be found.  So if you find yourself in Kirindy Forest and realize you left your scale in the Range Rover, never mind. If you see an adult Madame Berthe’s mouse lemur, it’s going to weigh in the neighborhood of 1.1 ounces.

The first U.S. entry to the lightest animal list is the Pygmy Rabbit, which resides in reduced numbers on the West Coast. It’s one of only two rabbit species in America to dig its own burrow, instead of freeloading on someone else’s hard work. When you’re only nine inches long, it’s a good idea to be proactive in such things.

While he outsizes and outweighs several other small mammals, he’s on the list because he’s the smallest leporid (hare) in the world, almost never weighing more than a pound. The pygmy rabbit lives in tall, dense sagebrush, which provides most of his food as well as great cover.

The pygmy rabbit is considered an endangered species.

The San Diego Zoo calls them “mini monkeys.” They’re adorable little munchkins that live in the jungles and forests of South America, where they play hide-and-seek with would-be predators who make up their own rules if the game ends in their favor.

Stack one pygmy marmoset on another’s shoulder, and the two of them together would still be shorter than a ruler. A pygmy marmoset’s adult height is around five inches, and they tip the scales at a skimpy 3.5 ounces.

The pygmy marmoset has to be vigilant 24-7, because he’s a delicacy for a number of species, like snakes, small feral cats, eagles, hawks and other opportunistic predators. They tend to stay close to home, often spending their entire lives in one or two trees.

Reptiles are scale-covered, cold-blooded (meaning their blood changes temperature in accordance with the air or water temperature) give live birth or lay eggs and with a few exceptions do not generally nurture their young.

Some might say the only good snake is a small snake – a really small snake. The smallest snake in the world is the Barbados thread snake, so named because it is as skinny as a thread. At full growth, this tiny terror barely reaches four inches and weighs virtually nothing – .002 ounce.

There aren’t many of them in the world. The tiny black slitherer can be found in a confined area of Barbados and nowhere else on the planet, save for zoo terrariums here and there.

The slender blind snake is, as the name suggests, blind, and burrows intricate tunnels in the dirt, feeding on insects. It withdraws the innards of the hapless insects and leaves the skin. It grows to a little over four inches in length and weighs .003 ounce.

He’s not selling insurance. He actually needs some. The Williams’ dwarf gecko is listed as critically endangered, meaning it has an extremely high risk of going extinct. He’s found only in Tanzania, and he doesn’t have many friends.

Also known as the Turquoise or electric blue gecko, the Williams’ dwarf gecko is only three inches long and weighs around 1.5 ounces.

The Brookesia Micra is a Madagascar native chameleon who doesn’t need to change colors because he’s so teensy – one inch, including tail. His weight is .10 ounce.

The smallest tortoise you’ll ever see, the adult speckled padloper is about as big as hatchlings of other types of tortoises – three inches max. He’s found in the remote areas of South Africa away from the cities. His weight is 3.4 – 5.8 ounces.

The smallest, cutest, and perhaps fastest (in short bursts) bird in the world is the bee hummingbird.  The hummingbirds you see at your backyard feeder are monsters compared to this diminutive wing flapper. He maxes out at 2.2 inches. Weight? About half an ounce.

Other than living in paradise – the British Virgin Islands – the life of a Virgin Island dwarf sphaero is pretty uneventful. That’s probably a good thing for a critter who is only half an inch long and weighs .25 ounce.

Bullfrog tadpoles would be like Godzilla to a full-grown Monte Iberia eleuth. An adult is less than a half-inch in length and weighs .008 ounce. He’s critically endangered, his habitat having been reduced to small tracts of forest land in Cuba.

The knots you tie in your fishing line are nearly as big as this fish. Paedocypris, found in the swampy forests of Indonesia, measures a mere quarter of an inch. Weight: Nobody knows.