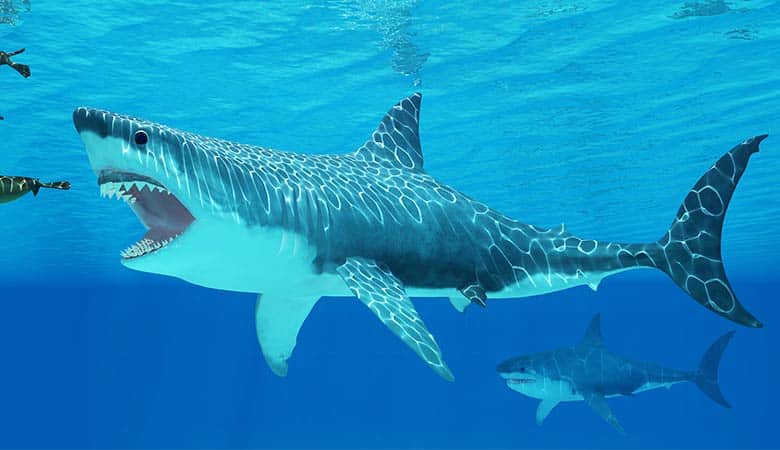 The world around us is full of interesting creatures, both minuscule and gigantic. Learning more about these animals from today and of the past can help us learn more about the world around us and can be extremely entertaining. In fact, we live at the same time as one of the biggest animals discovered to date, which is really quite amazing to think about.

From prehistoric dinosaurs to mammals still living today, we will jump into a list of 15 of the biggest animals that have ever lived. While we will discuss the animals more in-depth, here is a list of the 15 heaviest animals, both living and extinct:

The weight of many of the animals will range due to gender, and many of the prehistoric animals represent an estimated weight. Due to this, they are in no specific order, but we will differentiate between those that are extinct and those that are still roaming our world today.

Prehistoric animals are known for their immense size and have been estimated at weighing over 100 tons. The issue with many prehistoric animals is that their true size is estimated because we simply are not alive during the same time as the species.

However, due to the fossils, scientists are able to get a good estimate of the size of the animals and what they would look like should they be alive today. Interestingly, versions of these prehistoric giants are still roaming our world today!

The largest animal known to exist ever is the blue whale, which has been recorded to reach up to 100 feet in length and can weigh up to 150 tons. This giant species have lived for 1.5 million years!

and are still alive today, though they may grow a little bit smaller due to whale hunting. However, this giant is still ranking in as the biggest animal alive to-date with babies being born at 25 feet long!

The skeleton of the Argentinosaurus was found in 1988 and quickly become the largest known land-dwelling herbivore that we know of today. The dinosaur was around six stories tall, around 120 feet from the head to the tail of this huge beast. While researchers are still discovering more about the dinosaur, they estimate this plant-eater weighed about 100 tons.

Some researchers estimate that the Dreadnoughtus is one of the largest Titanosaurs that ever lived, coming in at around 85 feet tall and weighing about 65 tons. Fossils from the dinosaur have been found in southern Patagonia, Argentina. This prehistoric giant lived about 77 million years ago.

One of the largest carnivores ever discovered was the Spinosaurus, living about 100 million years ago in Africa. From its head to its tail, the dinosaur was about 60 feet in length and weighed about 10 tons. The spines featured on the dinosaur’s back were almost 7 feet tall.

While sharks are still roaming the waters of our planet today, none measure up to the Megalodon, who lived around 25 million years ago. The megalodon reached about 52 feet in length, and jawbones discovered could fit a modern-day rhino inside. Don’t worry about your next beach trip; these giants died about one and a half million years ago.

Whale Sharks are descendants of some of the giant sharks of the past and still come in at up to 40,000 pounds. They are usually found in warm and tropical ocean waters, found in many areas of the world. Similarly, to whales, they can filter and consume large amounts of food quickly, allowing them to reach these large sizes.

The African Bush Elephant is the largest land animal today, with males growing up to 25 feet and weighing in at up to 13,000 pounds, but females are smaller at only a max 22 feet and 6,600 pounds. This immense size makes the adult elephants top beast in Africa, while the young are still subject to some predators.

The second-largest land animal on Earth today is the white rhinoceros found across Africa. The white rhino is one of the largest four living species of rhinos that are still roaming our Earth. They come in at a range of 3,600 to 7,800 pounds.

One of the largest living carnivores today is the Southern Elephant Seal, where males are vastly larger than females and seriously huge! These male seals range in size from 15 to 19 feet long, and they weight between around 5,000 and 9,000 pounds. The largest bull ever recorded was in 1913 and measured in at 22.5 feet long and weighed 11,000 pounds.

The Ocean Sunfish is a species of bony fish that has a flattened main body and features a fish head with a tail. The ocean sunfish is around 5.9 feet long and weighs an average of 2,200 pounds, but some even larger have been observed in the past. This is truly one of the largest fish that is still swimming in our waters to date, while it may be a little lighter than others on our list.

Another African giant, the hippo is one of the largest land animals alive today. They are semi-aquatic and spend a lot of their day lounging in rivers and lakes. Hippos today can weigh over 2,000 pounds.

The Kodiak Bear is found in the islands of Kodiak archipelago in Alaska and is isolated from other members of the bear family. The adult male bear of this species has a height of up to ten feet and weighs between 1,500 and 1,800 pounds. The females are about 20% smaller than the male Kodiak bears.

The largest reptile alive today is the crocodile who lives in tropical regions around the globe and has been roaming the world for years. The adult crocodile can range vastly in size from only six feet up to 25 feet, maxing out in weight at around 2,300 pounds. They have a higher weight because they can go months without food, storing extra energy in their body in the form of fat.

The Asian Gaur is not often discussed but is actually the most abundant species of cattle in the world today and is native to South Asia. This giant cow species can weigh up to 2,500 pounds, with females around 30% smaller than the males. Gaurs feature a massive head and sharp horns making them stand out from other similar species.

The tallest mammal alive today is the Giraffe, natively found in South Africa. The giraffe measures up to 20 feet in height and weighs between 2,800 and 3,500 pounds. The legs of the giraffe alone are taller than an average human at around six feet.