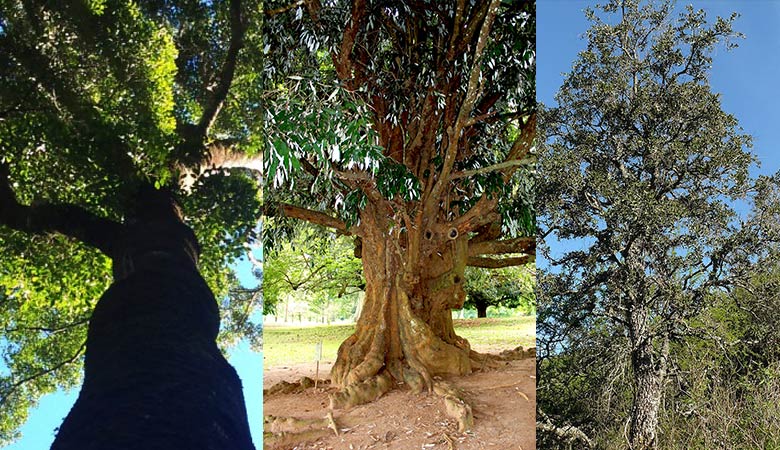 When it comes to selecting wood for a project, large or small, sometimes the weight of the wood can be the biggest determining factor for which wood you use. Since wood is structured much like a sponge at a molecular level, the weight of it can change depending on if it is green, meaning still holding a significant amount of water, or dry. The list below is some of the heaviest woods in the world based on their average dry weight per cubic foot.

When it comes to hardwoods, and their use in woodworking and projects, the overall availability, and sustainability can be an important factor to consider. The CITES Appendix lists currently at risk and endangered species of plants, and several of the species on the top 10 of this list are listed.

Black ironwood is one of the densest woods on the list and tends to be difficult to work with because of that. It also comes from a tree that is considered extremely small, so the pieces available to work with tend to be much smaller, and only workable for smaller projects.

Black Ironwood primarily grows in the southern United States, Florida area. Black Ironwood is considered a desirable wood though for such small projects because it does finish quite well. It has an even grain that lends to a nice texture and finishes with high luster naturally.

This is one of the handful of woods on this list that is not commercially available for sale often, because of it’s size and sustainability for large scale projects.

Most of the species of wood that have the name “ironwood” have a tendency to be so dense that working with them is likened to working with metal, and they often sink in water, as opposed to floating like most wood.

Itin, also known as Caranda, is one of the more common exotic hardwoods on the top of the list of heaviest woods. Itin is one of the species identified as mesquite trees, lending itself to a fragrant smell when being worked.

This wood has often been recommended as a substitute for traditional ebony due to its rich dark color and texture. Grown mainly in South America, this wood is not on an at-risk species list and is more widely available than some of the other species on this list. It is often used in projects for flooring, cabinetry, and furniture.

Itin has several other related species of trees in the mesquite family. Most of the Mesquite species are much more sustainable than the other species of trees on this list, making them much more desirable and easier to find on import.

Given the natural habitats for the mesquite, species tend to be arider, the wood itself can support heavier weights and is great at handling moisture changes without being prone to rot. Coupled with the high supportability for sustaining the wood, Mesquite species can be a desirable hardwood alternative.

Growing in the Savannah, African Blackwood lives up to its name with a deep, rich black color. It often has such a deep coloring that the grain is no longer recognizable, though there are occasionally slightly lighter, purplish shades that can be found.

Because of the density of this wood, it has more commonality with metal than other woods when it comes to working with it. Frequently used in making musical instruments, it works much better when turned, rather than cut.

The availability of African Blackwood is hindered by the slow growth cycles of the trees, given their sparse natural habitat. The trees are currently listed as “near-threatened” due to their lack of long term sustainability. When found, pieces tend to be highly expensive due to the scarcity of the trees.

Most of the genus Diospyros have markedly unique coloring and make them a highly coveted wood type and have small relatively slow-growing trees making them difficult to sustain long term, given the high demand.

Lignum vitae, another of the exotic hardwoods, has a naturally olive appearance, that is known to increase in darkness depending on the age of the tree.

The wood carries a high natural oil content that lends itself to be polished to a high luster naturally, which also makes it great for outdoor projects as it is highly rot-resistant.

Trade of true Lignum Vitae is restricted, so prices for the true species are significantly higher than its Argentinean counterpart. Grown primarily in Central America and northern South America, the source of Lignum Vitae can be questionable, as most sources have been depleted to the point of near extinction.

Due to the limited availability and difficulty of working with it, Lignum Vitae is most commonly used for turned objects like tool handles.

Due to the scarcity and risk for true Lignum Vitae, Verawood or Argentinean Lignum Vitae are frequently used as substitutes. Verawood, while priced a little more moderately, is also on a list for requiring conservation efforts to sustain the species.

Growing primarily in the tropical regions of South America, Quebracho has a beautiful reddish appearance that also changes to darker hues the longer it is exposed to light. Similar to the other hardwoods mentioned above, it can be challenging to work with and was once known as “Axe Breaker.”

It has extreme durability and is most often used as things like railroad cross ties and fence posts as it is highly durable and resistant to insect attacks. Availability for Quebracho is low in the United States and can cost much more than other species when imported.

The species of wood are not considered at-risk currently, though some of the subspecies that are quite similar are questionably sustainable due to recent reductions in their number.

Quebracho used to be at a higher risk for sustainability due to its use in leatherworking, as the tree’s core would be broken up into smaller chips to have tannins extracted.

The decrease in leatherworking with the industrial revolution has made it so that most of the Quebracho species is not considered more easily sustained except for the S. haenkeana subspecies, which is considered vulnerable.

link to List of the 20 Lightest Fruits in the World

Asking which fruit is lightest is a little bit like the old riddle about a pound of feathers and a pound of lead. After all, it isn’t shocking that a watermelon weighs more than a raspberry—but...

Our society is obsessed with superlatives. What is the biggest, longest, tallest, heaviest, fastest, richest, most popular, most dangerous, most expensive, etc. Also channeling our attention is the...