Engines are useful for moving vehicles and machinery from one place to another. It takes a lot of engineering to get one up and running. Most of these machines are built from metals like steel and aluminum, making them super heavy.

Most weigh over 1 ton, and you cannot find them in vehicles on our roads. Heavy sea vessels and land vehicles seem to be the ultimate champions of having heavier engines than other vehicles.

If you have been curious to learn about the heaviest engines in the world, we have listed some of them below.

The Wärtsilä-Sulzer RTA96-C holds the world record for the biggest and heaviest engine worldwide. The two-stroke turbocharged diesel engine went into the books in 2006, weighing more than 2,300 tons.

The engine is a masterpiece by Finnish manufacturer Wärtsilä built for colossal container ships. It has 14 cylinders and is 44 feet high and 87 feet long.

It produces 80,080 kW making it the largest and strongest reciprocating engine globally. The crankshaft weighs 300 tons, and each piston weighs 5.5 tons at the height of 20 feet.

The B&W CM 884WS-150 was the heaviest diesel engine from 1932 to 1962, and it is still one of the heaviest engines worldwide. This gigantic machine is found in Denmark’s H. C. Ørsted Power Station.

It is a two-stroke diesel engine, running on eight cylinders. It weighs a massive 1,400 tons at 82 feet long and 41 feet high.

The crankshaft alone weighs 140 tonnes, and the engine consumes around 40 tons of oil. The engine has the capability of producing 22,500 horsepower.

Even though it features among the heaviest engines ever made globally, Siemens claims that its lightweight structure makes it easy to install and maintain.

The rotor alone spans over 505 feet, maximizing the energy yield in offshore locations.

The GE 1750 Me ARABELLE is a unique engine designed for nuclear power stations to convert steam into electricity. The engine is pretty heavy like all the rest on this list.

The turbines alone weigh 176 pounds which is pretty reasonable for an engine that is 120 tons heavy.

Besides its weight, the ARABELLE turbines can deliver around 700-1900 megawatts in 50 and 60 Hz cycles.

The Caterpillar C175-20 is among the biggest and heaviest engines globally. These massive engines are used to power the Caterpillar 797 series haul trucks.

The EMD 645-169 liter is a heavy powerhouse primarily built to move locomotives and earth-moving vehicles. The engine is quite powerful, so it ranks among the heaviest engines in the world.

The GE9X is currently the biggest and heaviest commercial jet engine in operation. It takes after the GE90-115B that General Electric also built.

This engine weighs a massive 9.6 tons and is primarily built to be used on the New Boeing 777X; and currently holds the world record for the highest engine thrust ever recorded at 134,300 pounds.

Despite its weight, it is regarded as more efficient than its predecessors.

The engine set a world record after blasting 127,000 pounds of thrust. It debuted on the Boeing 777 and began operation with British Airways in 1995.

Before being overtaken by its successor, the GE9X, it was the biggest jet engine with a thrust of 110,000 lbf. 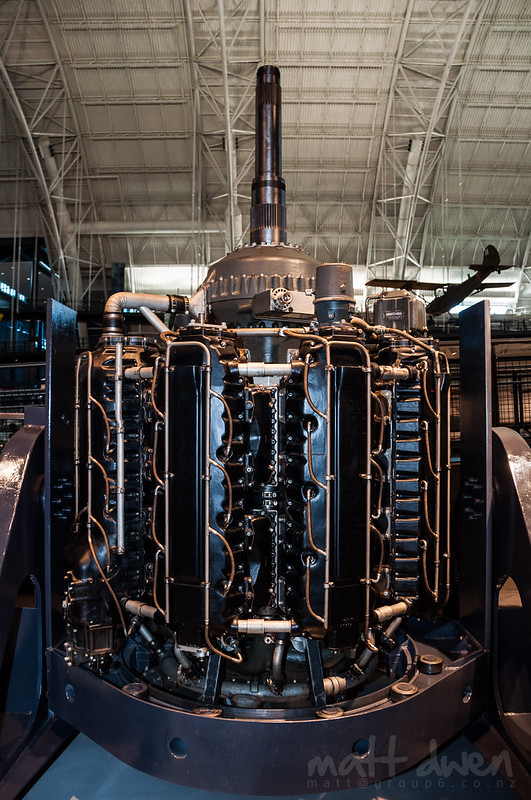 The Lycoming XR-7755 is the heaviest and most giant radial engine ever produced at a weight of 2.7 tons. The 127 liters engine produced 5000 brake horsepower running on 36 cylinders.

These features alone make it one of the heaviest engines worldwide. It also ranks as the largest piston-driven aircraft engine to ever be produced.

The project has been canceled because the USAF decided to use jet engines.

The Pratt & Whitney R-4360 engine is a four-row radial piston aircraft engine built for use in World War II.

It also ranks among the most massive largest-displacement aviation radial piston engines ever mass-produced. It weighs around 1.5 tons and has never been used because the war ended before it was put into use. It is a 71-liter engine with 28 cylinders with a power output of 3,500 bhp.

So far, so good, it has been a good learning opportunity, and at least you can name a few of the heaviest engines in the world. Most of these engines were built back when the heavier the engine was, the better it performed.

They are different from today’s engines that have been optimized for high performance without being overly heavy. Car engines are pretty heavy, but none feature among the heaviest engines globally.