A hatchback is a vehicle with a rear door that swings upward to allow access to the cargo space. Hatchbacks may have a fold-down second-row seat that allows the interior to be rearranged to favor passenger or cargo volume.

It is unquestionably a family favorite, owing to the cargo capacity it gives, among other things.

In this article, we’ll go over a complete list of the heaviest hatchbacks, as well as key details about each one.

Since 2019, Volkswagen has been producing the Volkswagen ID.3, a battery-electric small family car (C-segment).

It is the first production car to use the MEB platform, as well as the first ID. model. It was first shown as the I.D. concept car at the 2016 Paris Motor Show and was unveiled on September 9, 2019, at the Frankfurt Motor Show.

In Germany, deliveries to retail consumers began in September 2020.

This technological marvel weighs about 4266 pounds.

The Porsche Panamera is a mid-size luxury car (European E-segment) produced by Porsche. It’s front-engined and rear-wheel-drive, with all-wheel-drive models available as well.

The name Panamera comes from the Carrera Panamericana race, as does the Porsche Carrera lineage. The Panamera is widely regarded as the long-awaited follow-up to Porsche’s late-1980s 989 concept car.

In April 2009, the Porsche Panamera was introduced in production form at the 13th Auto Shanghai International Automobile Show in Shanghai, China. In 2011, hybrid and diesel variants of the vehicle were introduced.

The vehicle weighs 4001 pounds at the curb.

Nissan’s Leaf is a five-door hatchback battery electric vehicle (BEV) with a small design. It was first released in December 2010 in Japan and the United States, and it is now in its second generation, which was released in October 2017.

The total weight of this hatchback is 3934 lbs.

Unless the statement happens to be about the 2017 Mercedes-Benz B250e, eco-friendly and utility are two terms you don’t frequently see in the same sentence.

There’s a straightforward reason for this contrast. Specifically, this compact electric vehicle (EV) combines a truly zero-emissions drivetrain with a fairly spacious interior that can comfortably carry four people or a significant amount of baggage.

The B250e (formerly known as the B-Class Electric) is powered by a 132-kilowatt electric motor and a 28-kWh lithium-ion battery, with Tesla Motors providing all of the components.

The combination offers the car an operational range of 84 miles, which is adequate but not exceptional among electric vehicles. From a typical 110-volt wall outlet, the battery pack may be recharged in 30 hours.

The B250e weighs nearly 4,000 pounds and has a large power plant, acceleration is outstanding.

Because the battery pack is housed beneath the cargo floor, the B250e’s cargo hold is roomy and has a level load floor.

The A3 Sportback e-Tron is Audi’s first effort into the plug-in hybrid market, offering all of the features of the conventional A3 plus 17 miles of all-electric range. If you want a luxury plug-in hybrid without breaking the bank, this is a fascinating vehicle.

Audi has always offered diesel-powered engines and a hybrid edition of its Q5 crossover, but until the 2016 Audi A3 Sportback e-Tron, it had never offered a plug-in hybrid (PHEV).

The e-Tron is very much a member of the existing A3 family in terms of appearance, with the unusual hatchback design being possibly its most noticeable feature. The charging port is buried below the Audi rings in the grille, and the inside is identical to that of the normal model.

This electric beauty has a whopping curb weight of about 3616 lbs.

The vehicle gets 42 mpg on the interstate and 44 mpg in the city, according to the EPA. Its 1.8-liter engine produces 98 horsepower and 105 pound-feet of torque.

The automobile can run on battery power alone for up to half a mile in EV mode. When a car is traveling at modest speeds, the Vehicle Proximity Notification System (commonly known as the noisemaker) notifies pedestrians of its proximity.

As part of an options package, Lane Departure Alert is available on specific models. In 2017, however, the Toyota Prius was phased out.

Timeless style, cutting-edge connectivity, and a full suite of Hyundai safety features. The i30 provides a driving experience that exceeds expectations on many levels.

The quality and enthusiasm that shows through every detail reflects the design philosophy of the i30 family hatchback.

The driver-focused dashboard and cabin generate a noticeable sense of beauty, quality, and space thanks to their peaceful simplicity. Wireless smartphone charging, Apple CarPlayTM/Android AutoTM, and an 8″ or 10.25″ touch screen infotainment display are available on some models.

On both engines and with both transmission options, a 48-volt hybrid system is offered. When decelerating or stopped, it can run on electricity, saving gasoline at regular intervals on your daily commute. 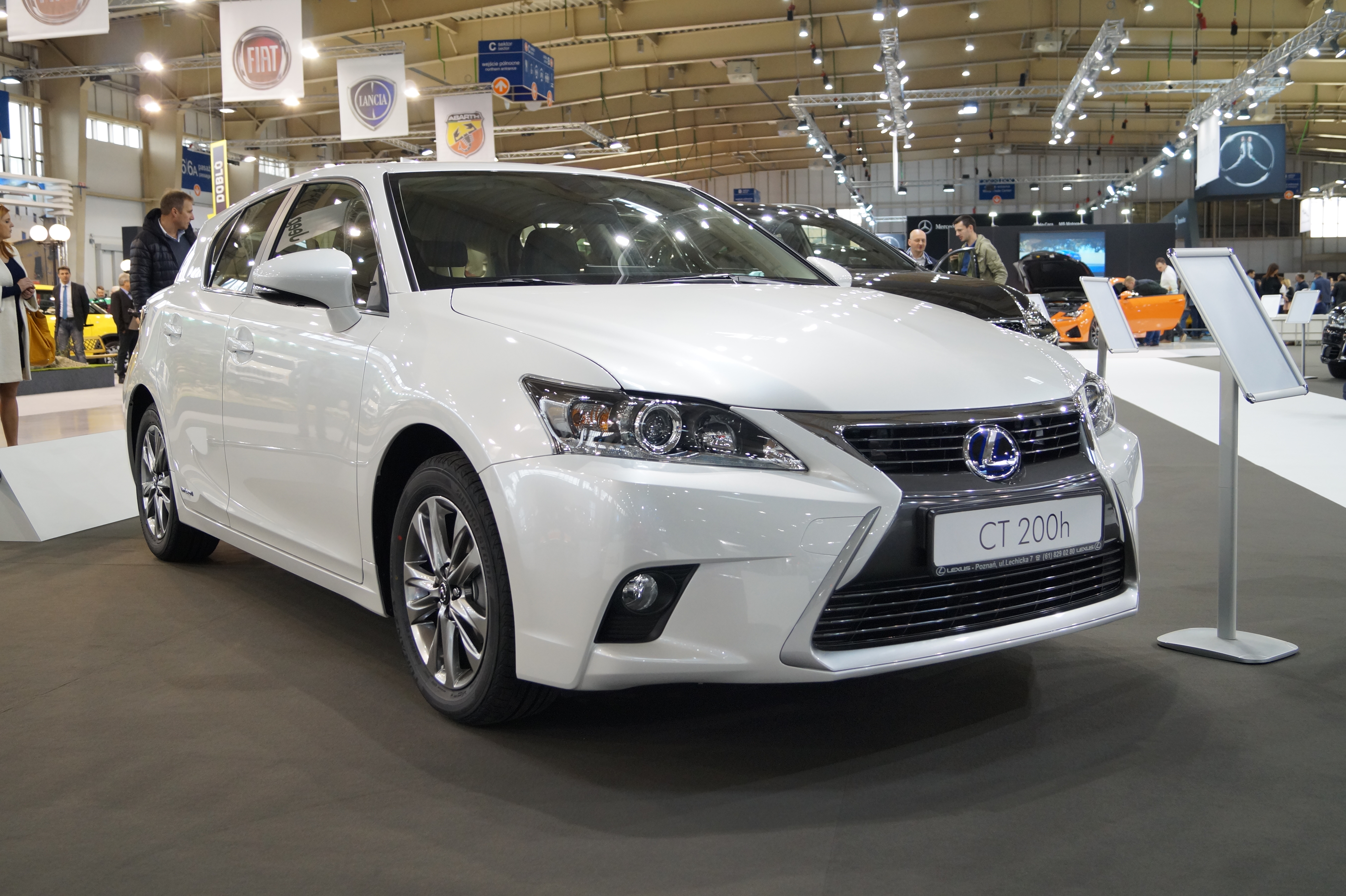 The Lexus CT is a premium compact hatchback hybrid electric vehicle manufactured by Lexus, Toyota’s luxury subsidiary. The CT is a luxury hybrid based on the Toyota Prius drivetrain and Toyota MC platform chassis and is the world’s first luxury compact and hatchback hybrid.

The CT stands for “Creative Touring,” and the “200h” refers to the hybrid’s performance being equal to that of a conventional 2.0-liter engine. It debuted at the Geneva Auto Show in March 2010.