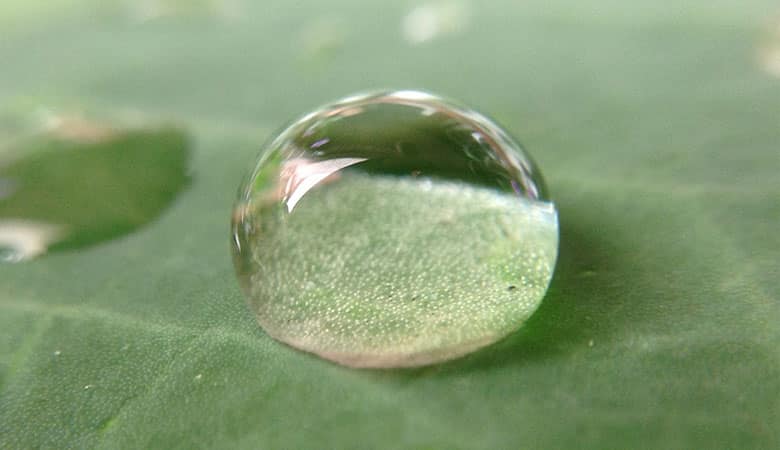 A milligram is a very small unit of measurement in the metric system, which means only specific (and tiny) things can be reasonably measured with it. It also requires very precise scales to accurate weigh out a milligram.

Only a few resources are so precious (or go such a long way) as to require being measured out by the milligram, and while most of these objects can be measured out via larger units of measurement. Read on to find out more about these different things and why they are measured out in milligrams.

A small feather (such as those that make up a bird’s down) weighs approximately a milligram, while larger feathers might weigh up to a gram apiece. These growths in the epidermal of a bird are what allow it to fly through the air, provide thermal insulation, and waterproofing.

Feathers are so light that they are the inspiration for the idiom “light as a feather”. In ancient Egypt, it was believed that when you die you are forced to weigh your heart against a feather to determine your moral worth, and the only way to get to the Field of Reeds (the ancient Egyptians’ version of heaven) was to possess a heart that was lighter than the feather on the golden scales of Osiris.

The core of graphite in a pencil weighs roughly a milligram. Back in the day these pencils used to be called “lead pencils”, but the truth is that pencils have always contained graphite, which is actually a form of solid carbon closer in composition to charcoal than lead. Despite this, the core of graphite in a pencil is still referred to as the “lead”.

The graphite in pencil lead is mixed with clay in varying proportions and fired in order to create pencil leads that make a variety of light and dark marks. While graphite has been used as a lightweight material in pencils since the ancient Romans (when pencils were still called stili), nobody thought to add erasers to pencils until 1858.

Raindrops can vary greatly in how many milligrams they weigh, with the smallest raindrops during a drizzle weighing in at only a few milligrams, and with larger raindrops produced by storms weighing up to 300 milligrams. This means that a fraction of a raindrop weighs a milligram, and the fraction depends on the full mass of the raindrop.

The differing weight of raindrops is dependent on two factors—the size of the condensation nuclei and variation in coalescence rates. These are also factors that determine how soon one raindrop breaks down into smaller raindrops.

Because it doesn’t take very high levels of many medications to integrate into the human bloodstream—indeed, substances have to be small enough to be able to travel via the blood to even be introduced to it without danger of injuring the circulatory system—doses of medication are typically weighed out in doctor’s offices and hospitals by the milligram.

In fact it is vital for nurses and other medical personnel to have a strong understanding of metric system measurements such as milligrams, since this is how dosage is calculated, and even minor mistakes when dosing a patient with strong medications can potentially injure or even kill them.

People typically see gold measured out in carats, but a carat is simply another word for 200 milligrams, which means that a milligram of gold is 1/200th of a carat. Gold is unique in that it can be measured not just in milligrams, grams, or carats, but in troy ounces and “parts fine”, which measures the purity of precious metals.

Gold is one of the most precious metals on earth and has been used as a form of currency by human civilizations for thousands of years. But to give you an idea of how small a milligram of gold is, fourteen milligrams of gold are only worth seventy-four cents.

An ounce of gold as illustrated in the photograph here is worth over $1500. That just goes to show you how physically small a milligram of gold is. Milligrams of gold are more often used in electronics, computers, and dentistry rather than jewelry or currency.

Propellants such as gunpowder are usually measured out in grains. In a powder charge, five grains of propellent weighs roughly 320 milligrams.  As you can imagine, it requires very little propellent in order to create a ballistics explosion, and the fact that it is called “powder” gives a pretty good indication of how light this substance is.

While grains and milligrams are used as units of measurement to denote how much propellant a piece of ammunition has on board, the measurement “grain” has also become a way for people to denote the mass of the ammunition itself, rather than the propellant.

Mosquitoes are one of the lightest animals on the planet, with the smaller ones clocking in at 2.5 milligrams. This means that if you cut a mosquito in half (not that we recommend it) you’d have roughly a milligram if you picked up one of the two pieces.

While these tiny insects might not seem all that imposing when they’re buzzing in your ear, the fact remains that mosquitos are classified as the deadliest animal on the planet due to their role as a disease vector for hundreds of deadly viruses and bacterial infections in both humans and animals.

People have always made comments about how mosquitoes can smell blood, but the truth is more interesting—a mosquito is able to sense the carbon dioxide given off by a breathing animal and hones in on its prey based on that, not by sensing blood. And while all mosquitoes might end up swatted with impunity if spotted by humans, it’s only the females that drink blood.

Vitamins and minerals are designed to be absorbed into the bloodstream, so like medication doses, these substances are typically measured out by the milligram. Many vitamins, such as Vitamin C, have a daily recommended dosage of vitamins, and not getting enough of all the vitamins necessary in a healthy diet can lead to severe health problems, such as scurvy or rickets.

Think of how small a multivitamin is. That one tiny pill often contains over a thousand milligrams alone!

As can be seen from this list, a milligram is such a small unit of measurement that there is almost nothing weighed out in the unit of a single milligram alone—even the smallest objects or amounts of substance are measured out in hundreds of milligrams. But things that weigh only a matter of milligrams are so small and light that they are virtually weightless.