When getting a product, we are always more focused on the specifications and most times end up overlooking the weight. But in reality, the weight of a product is core to its functionality, ease of use and carriage amongst other things.

This piece seeks to discuss items that weigh around 800 pounds and intriguing things you should know about them.

A pound a unit is now in general use among English-speaking peoples equal to 16 avoirdupois ounces or 7000 grains or 0.4536 kilograms. Flowing from the above, 800 pounds will therefore equal 362.874 kilograms.

From the above definition, it can be deduced that an item that is said to weigh 800 pounds is quite heavy and cannot be lifted easily; however, things that weigh 800 pounds can still be found around us and some of them are contained in the subsequent paragraphs; while some are a combination of different amounts of an item, some animals, others are items that we use almost every day. 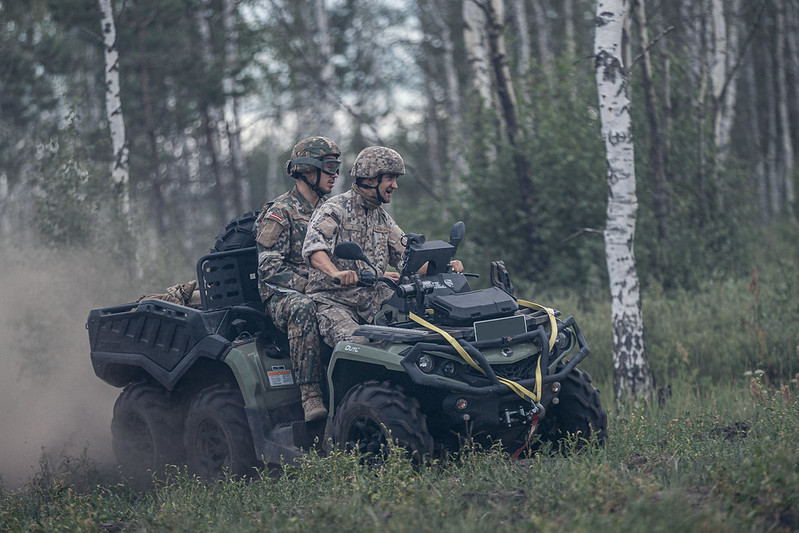 All-Terrain vehicles popularly known as ATV’s, are vehicles that travel on low-pressure tires, with a seat that is straddled by the operator, along with handlebars for steering control.

As the name implies, it is designed to handle a wider variety of terrain than most other vehicles. The weight of ATV’s range from about 220 pounds to 1170 pounds; however the 2018 Polaris Sportsman XP 1000 weighs 800 pounds which is why it is on this list.

Monster trucks are quite big just as the name implies; they are specialized trucks with heavy-duty suspension, four-wheel steering, and oversized tires constructed for competition and entertainment uses.

Monster trucks were first developed in the late 1970s and gained public notoriety in the early 1980s where they were used as side acts at popular motocross, tractor pulling and mud bogging events, for car-crushing demonstrations.

It is only natural that trucks that big have equally big tires to support and balance their enormous weight. The tires that monster trucks use are taller than the average 10-year-old (66 inches tall) and they weigh about 800 pounds for just one.

The Dodge truck V10 engine is one that was carefully crafted to be first amongst its equals. At the time it was produced (1994-2003) it had the highest torque and horsepower, with the broadest usable torque curve (1,000 – 4,000 rpm) of any large gas engine in the field.

The Dodge company had this to say after its production; “It gives the new Ram pickup the ability to outrun all other trucks in its class with manual or automatic transmissions whether unloaded, loaded, or pulling a trailer.” The weight of the Dodge truck V10 engine is around 800 pounds (this is without fluids).

You can have 5 different gallons of sand and each of them will weigh differently; the reason being that the weight of sand is generally dependent on its density, which can vary based on different loose, dense, dry, compacted, grain sizes and wet conditions.

However, for the purpose of this article, the focus will be shifted to dry-packed sand. Based on the US customary measurement system for US gallons, a gallon of dry-packed sand weighs around 14 pounds, making 55 of such gallons weigh around 800 pounds.

Apples are one of the most popular, tasty, versatile fruits on the planet. They contain antioxidants, vitamins, dietary fibre, and a range of other nutrients. Due to their varied nutrient content, they may help prevent several health conditions.

Approximately 126 average-sized apples make up a bushel of apples.

According to the U.S. Department of Agriculture, a bushel of apples weighs around 48 pounds. It follows that 17 bushels will weigh around 800 pounds.

The weight of motorcycles varies depending on what they were designed for. A dirt bike will ordinarily be lighter than a touring motorcycle.

A dirt bike has to be lean and agile to fluently drive over dirt tracks, while a touring bike, on the other hand, is built to be king of the road. It has loads of storage space, a radio, heated grips, a big windscreen, etc.

All this comfort comes with weight. An average touring motorcycle weighs around 800 pounds which is quite heavy, especially when compared to other types of motorcycles.

However, larger upright pianos that are 48 inches tall or more, weigh as much as 800 pounds.

The leopard seal also referred to as the sea leopard, is the second-largest species of seal in the Antarctic (after the southern elephant seal). The killer whale is it’s only natural predator.

It feeds on a wide range of prey including cephalopods, other pinnipeds, krill, birds and fish, and it weighs around 800 pounds.

The grizzly bear, also known as the North American brown bear, grows up to 790 pounds. The most interesting thing about this species is the significant difference in sizes between male and female grizzlies.