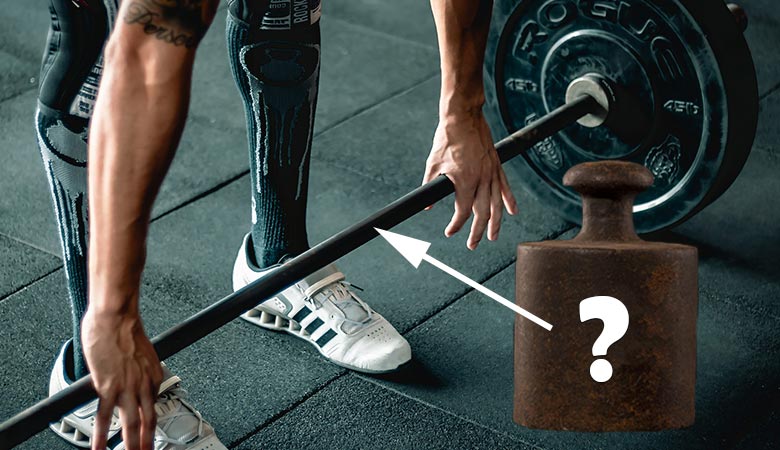 Gym equipment can seem intimidating at first, especially if you are just beginning your weight training. You could be wondering what equipment you should use? What weight should you start off with? How to correctly use the various weight training equipment in the gym and so on.

A barbell is a great weight training starter as it helps you get more muscle engagement as you train. By knowing more about it, you can easily adjust your training regimen to achieve the desired results.

What is a barbell?

A barbell is an exercise equipment mainly used in weight training, weightlifting, bodybuilding, and powerlifting. It consists of a long metallic bar with weights attached at each end. These weight plates fastened to the ends of the bar are used to make up the desired total weight.

Barbell lengths vary from 4 ft(1.2 m) to 8ft(2.4m), and it has etching to help with grip. This etching is known as the knurl and serves as a visual guide for where to place your hands. Bars longer than 7.2ft (2.2m) are normally used by powerlifters and are not commonly found everywhere.

Whether you are seriously training for a weightlifting competition or looking for low-impact weight training methods using a barbell, the weight matters. The overall weight of your barbell can influence how you exercise as different weights engage different muscle groups.

The standard barbell weighs 45 pounds (20kg), a common weight among other barbel types. Beyond that, other types have different weights and specifications. That’s why it’s vital to know what kind of bar you are using before you start training.

Olympic bars are made to bear extremely heavy loads without bending or breaking.

Similar to the male Olympic one, this barbel is designed to be used in Olympic weightlifting competitions. However, unlike the men’s barbell, it’s designed for female weightlifters, weighing 33 pounds (15 kilograms). It is also slightly thinner because the average woman’s hands are smaller than a guy’s.

Despite them being thinner, they are still as sturdy as the men’s barbells and can bear a lot of weight without bending. Even a cheap Olympic barbell can maintain more weight than a standard barbell.

3. A technique or kids barbell

This lightweight barbell weighs about 11 pounds (5 kilograms), but there’s a 5-pound (2 kilograms) one if this is too much. It is ideal for kids or novices looking to improve their lifting technique.

When you start weight training, developing the right technique is more important than lifting heavier weights as soon as possible. The different weight options allow you to progress at your own pace.

Unlike the other bars, this barbell is curved, and it is used for bicep curls, upright rows, and lying tricep extensions. It can weigh anywhere between 10 to 15 pounds (5-8 kilograms), but there are heavier ones too.

The curved nature of the bar allows your wrists and forearms to take a more neutral position reducing the risk of repetitive stress injuries as you exercise. These bars are made to hold Olympic-sized weight plates, but they are not used in a competitive setting.

Powerlifting barbells weigh similar to the men’s Olympic barbells in weight and dimensions. However, they are made for squatting, bench pressing, and deadlifting. However, some powerlifting bars can weigh up to 55 pounds (25 kilograms).

The grip on these bars varies slightly and is a bit more rigid compared to an Olympic barbell. They also don’t require spinning sleeves, a common necessity for Olympic bars.

Benchpress bars have no whip, which is the bar’s ability to bend as it rebounds from the movement of the weight, but this allows them to accommodate more stable pressing motion. They are also thicker to help you work on your grip.

The squat bars have a knurled center, with a thick diameter and very low whip. The knurl isn’t for your hands. It’s made to help the bar grip the back of your shirt, preventing it from sliding down your back and shoulders. The deadlift bar has a lot more whip compared to the other two barbells. This allows for more speed when lifting it from the floor. They are typically sport rugged, have a very textured knurl and a narrower diameter.

This bar is also called the trap bar, or the hex bar.it gets its name from the hexagonal or trapezoidal shape formed in the middle of the bar. This shape is ideal for deadlifting as the middle part helps you get a sturdy grip and puts your hands at the center of the bar’s gravity.

These features make lifting the bar less stressful on the joints than the traditional deadlift bar. They also allow heavier loads to be lifted faster. This bar weighs 45 pounds (20 kilograms), but heavier variations are weighing 60 pounds.

These arched bars weigh 45 pounds (20 kilograms), but unlike other barbells, this barbell’s low hanging weight allows it to present a challenge even to experienced lifters. This is because its shape makes it difficult to maintain stability.

This barbell features an open rectangular shape at its center with a series of small vertical bars. The neutral grip it offers makes it work for all kinds of weights, and it also goes easy on the shoulders. It weighs about 35 pounds (15 kilograms) or less.

This 60 to 70-pound (27-30 kilogram) bar has a special feature known as a yoke bar, which is a thickly padded arm at the center. These go around your neck, allowing you to grip the protruding handles. Other than the added comfort, the yoke bar activates the glutes, back, and hamstring muscles.

Knowing the weight of each bar helps you get more from your weight training as you can match the weights to your needs. Using the right barbel and lifting technique will give you the best and safest results when lifting as well as prevent injury.