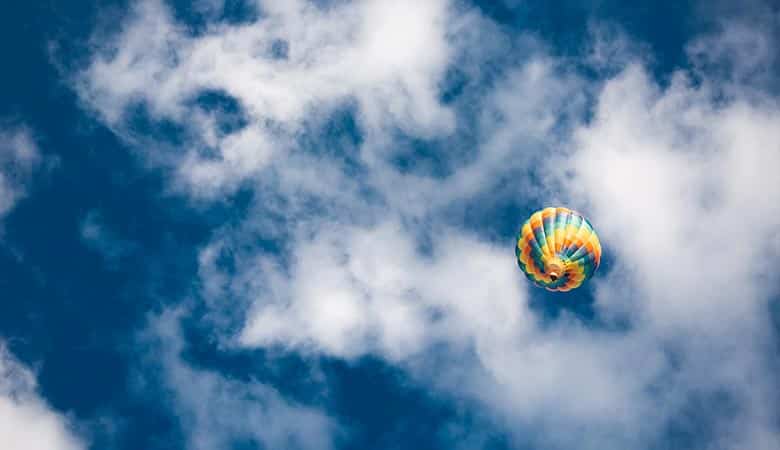 What is the one thing we can’t see, we can’t smell, or touch, but its weight is still heavy over us?

It’s clear, odorless and colorless and consists of different gases, including nitrogen (78%), oxygen (21%), argon, carbon dioxide, and other small traces of other types of gases and aerosols. This substance is air.

Air refers to the Earth’s atmosphere, which is about 300 miles thick and weighs 5 quadrillion tons. Air has mass, and anything with mass has weight. Air is a light substance, and 1 cubic foot of air is estimated to weigh 0.0807 pounds.

To the naked eye, one would wonder if air even exists. Not only does it exist, we’ll list the 3 reasons why air is impossible to ignore:

Air – You Can’t Leave Home Without It

We should never underestimate the value of this substance called air. Though it may be invisible to the eye, its source is the strength to so much that we hold as significant in our lives. These are the reasons why rather we realize it or not, we can never ignore air.

An air mass is a large area of air that has taken on the characteristics, temperature and moisture levels from the land and/or water that is below it.

Air masses run hundreds to thousands of miles long. The humidity of the air mass, along with the temperature, and other characteristics are uniform throughout.

Tropical air masses are warm/hot as they originate over the lower latitudes of both land and sea.

Layers of The Atmosphere

The Atmosphere is the mass of air surrounding the Earth. Earth’s atmosphere extends from its ocean, land, and ice-covered surface outward into space – extending over a vertical distance of about 6200 miles.

The atmosphere is divided into 5 layers:

Every layer of the Earth’s atmosphere plays a crucial role in supporting life on it.

Air seems light, but there’s a lot of it pushing down on Earth’s surface. This is called air pressure, and we experience it with a total weight of 14.7 pounds per square inch pushing down on us.

The air pressure is low on top of a mountain because there’s less atmosphere pushing down on us. That difference in air pressure is what causes our ears to pop when we’re taking off in an airplane or driving up high elevations into the mountains.

Without air and the oxygen in air, life as we know it, would not exist on Earth. People and animals need air to breathe. Breathing is part of the respiration process.

During respiration, living things take in oxygen from the air and gives out carbon dioxide. It’s this process that gives us the energy to eat, grow, and live.

Plants use carbon dioxide, along with sunlight, to make food and oxygen. A person breathes about 35 pounds of air every day. That’s a lot of air! We only consume 1 pound of food and 3 pounds of water per day.

Since we need air to breathe and are taking it in by the second every day of our lives, this makes it necessary that the air we breathe in is of the highest quality.

Yet, forest fires, car exhausts, volcanic smoke and dust, and sand and dust storms, all contribute to poor air quality and can negatively impact our health.

3. Air is Ever Changing

Even on a still day, the surrounding air is always moving. Wind is moving air, and this causes a form of weather. The faster the air moves, the more windy the weather becomes. The fastest gust of wind ever recorded on Earth was 253 miles per hour.

Air also plays a part in the formation of precipitation, which is a particle of water that can be either liquid or a solid, that originates in the atmosphere and falls to the ground. Those forms of precipitation include rain, snow, graupel, sleet, hail, and freezing rain, and depends on the temperature of the air.

While rain can fall in any season, the temperature will be above freezing (32 F). The other forms of precipitation will take place when the temperature is below freezing.