“This has to be the heaviest car ever,” you say, as you huff, puff and grunt in an attempt to push your friend’s car out of the mud.  If you really think that, you would be wrong.  Not even close.

So what are the heaviest cars of all time?

These hefty hunks of steel represent the best in automotive over-achievement.  While they’re not necessarily examples of one automaker trying to one-up its rival, there is that element.  But there’s more to it than that. Some of these cars are part of history, and evoke images of bygone eras, of world wars, of stunning opulence and gangster get-aways amid a hail of bullets.

These behemoths wouldn’t qualify for “Green Car” parking spaces in today’s society.  In fact, many wouldn’t even fit between the yellow lines in most shopping center parking lots. These were the toys of the aristocrats, for whom size profoundly mattered and for whom big cars were an icon of their pedigree.

Not all of the cars on this list are vintage or from a different era or mindset.  You might have even ridden in one or two of them.

So let’s take a closer look at these weighty wonders from lightest to heaviest: 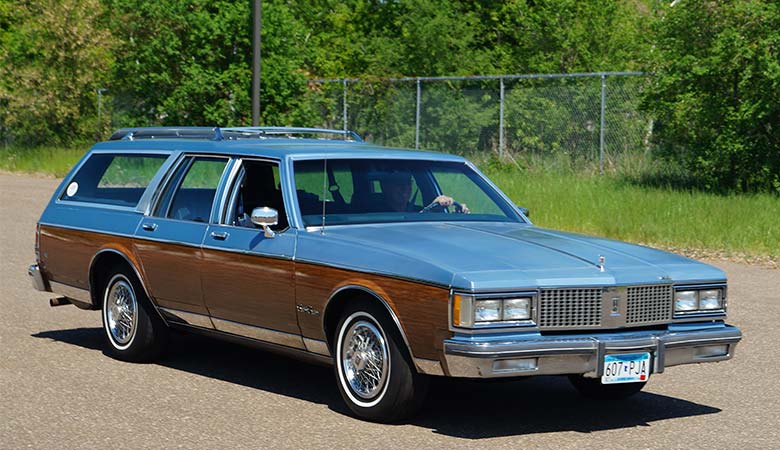 Remember the station wagon Clark Griswald brought home to the family in National Lampoon’s Vacation? OK, this wasn’t it.  But it’s close.

This massive composition of iron, steel, chrome, wood (in some models), vinyl and leather made for an imposing vehicle lumbering down Route 66. Its weight can be attributed to its size – 18 feet long and six-plus feet wide. 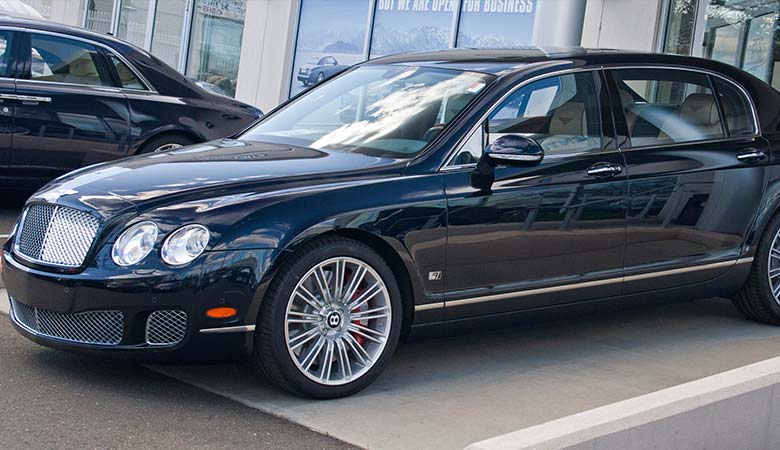 For the price of a three-bedroom house in the suburbs, you can have one of these luxury sedans.

If you want to know where the weight is, open the hood.  Inside you will find either a 500-hp V8 or a 615-hp V12.  And, if that’s not enough horsepower for you, you can add turbochargers to boost it to an insane 626 horsepower. 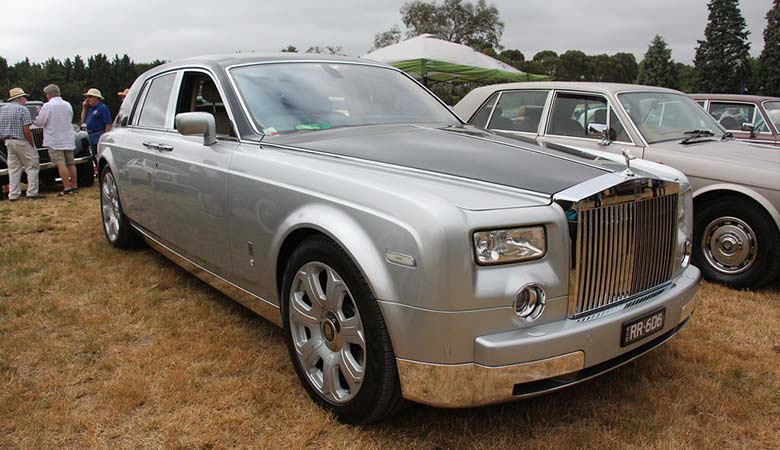 Almost 20 feet long, and it’s not even a station wagon!  The opulence factor is strong with this one, as you might expect, with tons (almost literally) of chrome, a luxurious interior, heated seats, plus lots of leather and extras.  When they say it seats five comfortably, they mean it. 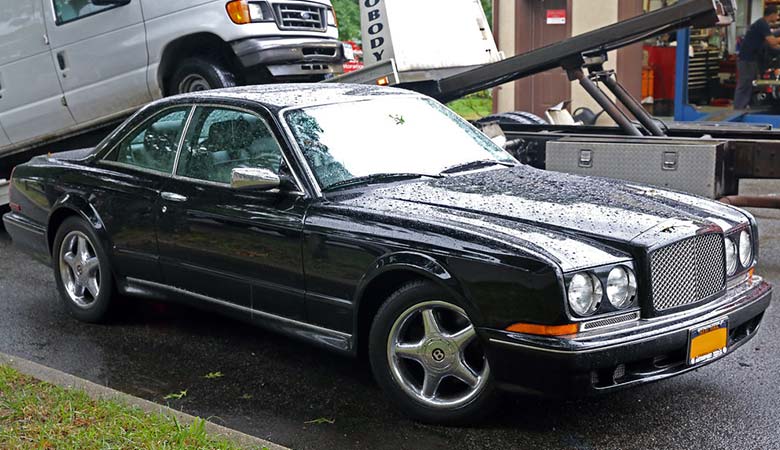 The offspring of the impressive Continental R, the Bentley Continental T came into the world in 1996.  Actually slightly smaller in wheelbase than Dad, the T is loaded with chrome and wood trim, but the heart of the beast is its massive engine, generating a whopping 467 horsepower.  Despite its heft, the Continental T can go from 0 to 97 in 6.2 seconds. 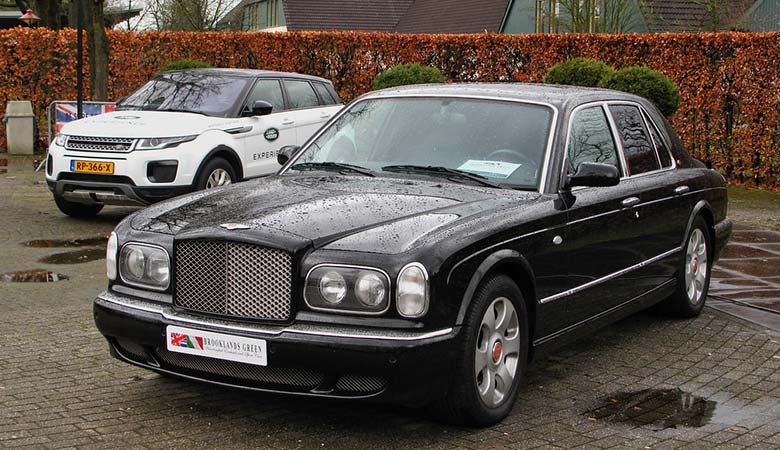 It’s not a wine.  It’s a very, very big car.  Eighteen feet long and change for a quarter.  It’s also over six feet wide and five feet tall.  This is a true full-size luxury car, with trim fit for a king and plenty of size for castle-raiding in style. 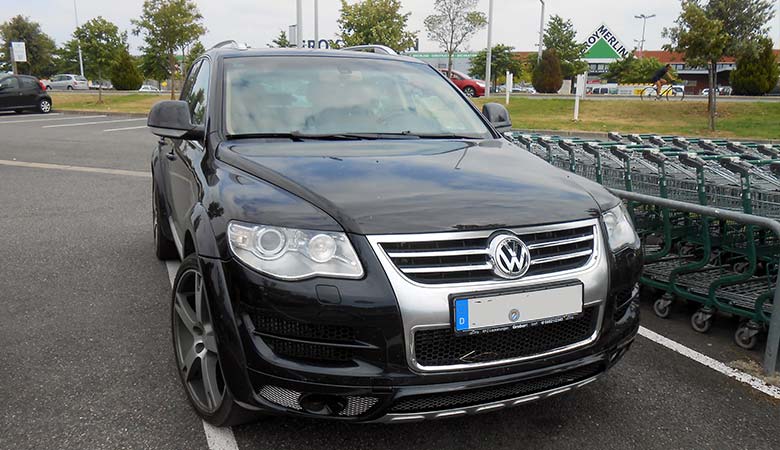 It’s more station wagon than SUV, with sleek lines and a sweet ride.  It stands tall, at well over six feet, and sits wide, also at over six feet, but it’s not terribly long – compared to others on the list – at 15 ½ feet.

It’s off-road capable with heavy-duty suspension and plenty of power, but it’s so luxurious that it just doesn’t seem right to get it muddy. 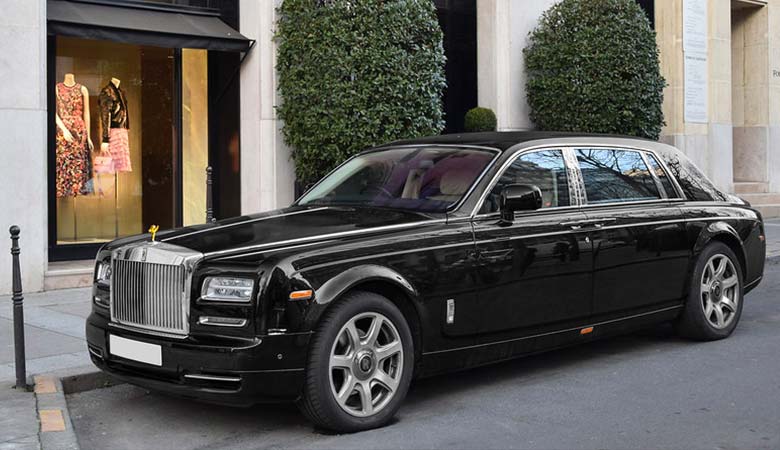 Part of Rolls-Royce’s Phantom family, this big Bertha is over 19 feet long and is wider than her sisters with an extended wheelbase that measures nearly seven feet.  Add in all the usual Rolls-Royce extras and it’s easy to see why she weighs so much. 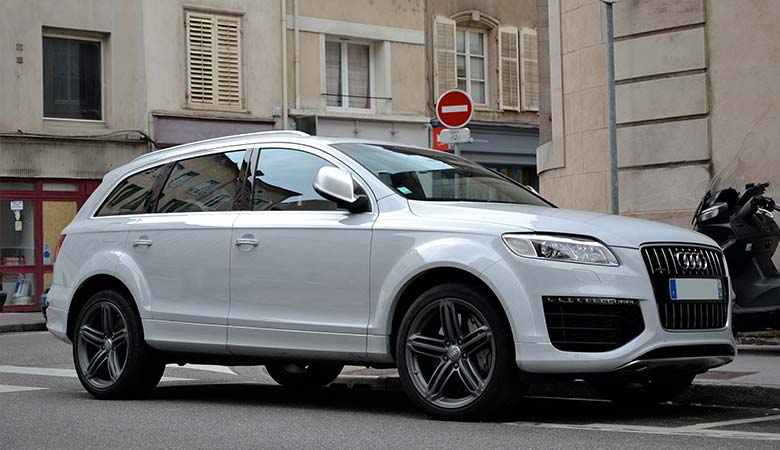 Is it a station wagon or an SUV?  It’s too pretty to do much of the “utility” function.

It uses the same chassis as the Bentley Bentayga and the Lamborghini Urus, and if you’re not familiar with those cars, just know that it’s a heavy chassis.

It also comes with some jumbo engines, in both gasoline and diesel. 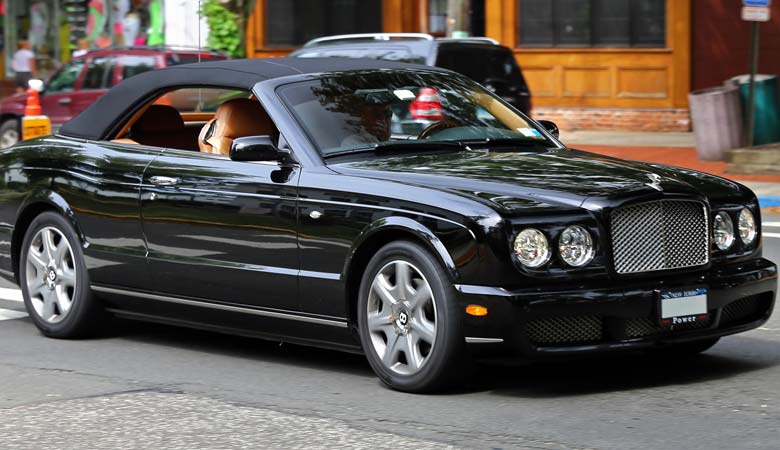 OK, so how does a convertible get on the list of the heaviest cars ever?  It doesn’t even have a top!

Here’s how: It’s one big convertible at nearly 18 feet long and over six feet wide.  Plus it has the typical Bentley over-the-top V8 engine, turning out 365 horsepower.  It’s rear-wheel drive, so include the long drive shaft in the weight factor. 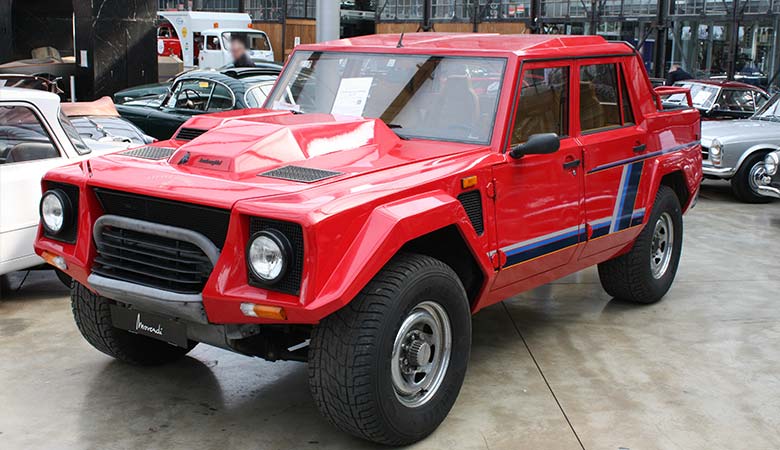 You were thinking $400,000, 200-mph sports car, weren’t you?  Rethink: $400,000 Hummer.  LM002’s prototype predecessor was originally produced for military use, but it wasn’t a big hit.  It’s not hard to see why this bad boy weighs nearly three tons.  Heavy metal is everywhere, the chassis is war-ready and the engine is massive.  Weaponry not included. 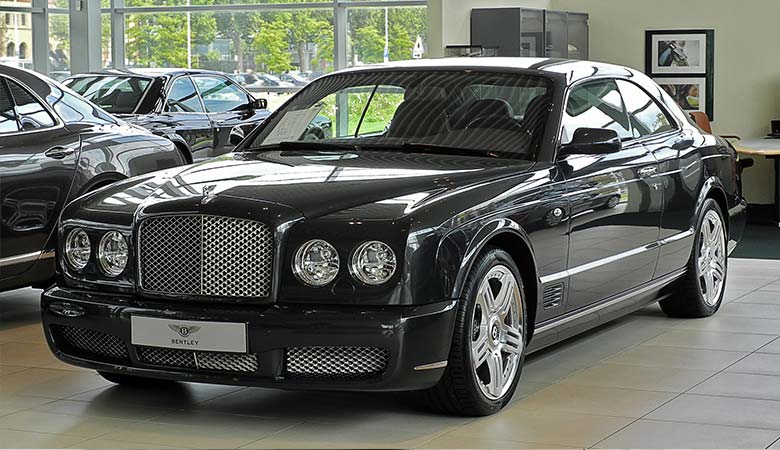 Only six years in production (1992-1998), this classy car was a real head-turner in its day.  Beauty meets brawn.  Heavy frame, lots of extras and a ridiculously over-muscled V8 engine give this a heavy, heavy footprint. 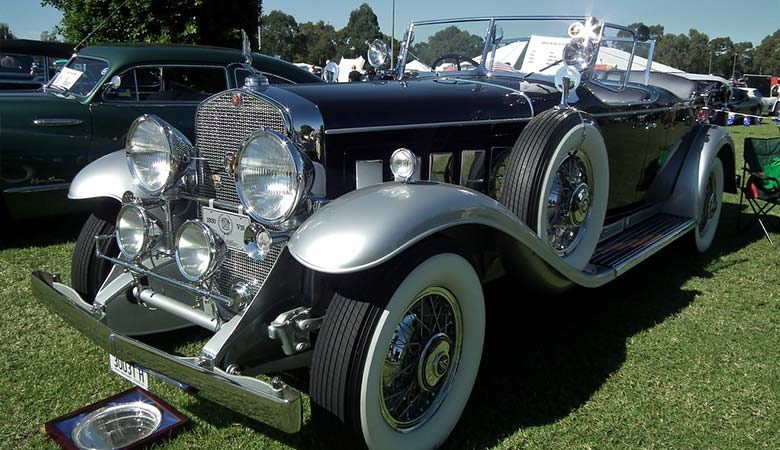 Nothing like inch-thick glass to deflect Tommy-gun fire, huh.  The V-16 came along a little late to be of use to Al Capone (he was in the big house), but other gangsters had this car, and modified it for illegitimate purposes. Nearly 19 feet long, and over six feet wide, it came with a 452 cubic inch, 16-valve engine. 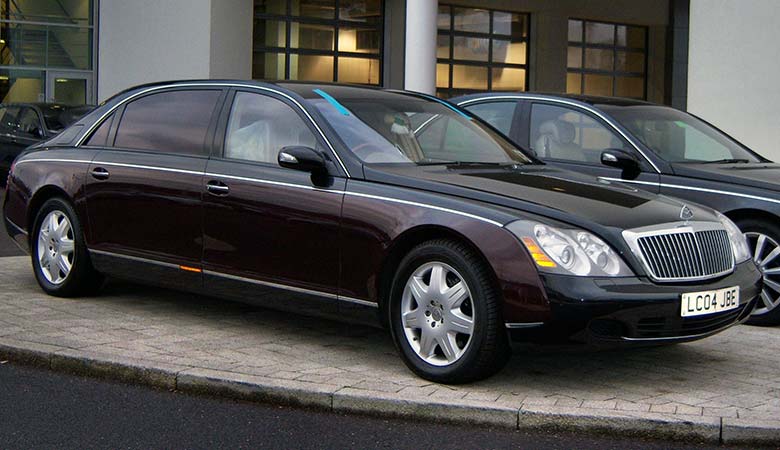 Of course you’ve heard of the Maybach 57. Well, the Maybach 62 is like that.  Only bigger.  And better.  And heavier.  And longer, at over 20 feet.  It’s ultra-luxurious and worthy of the title land yacht.

You’ve probably not ridden in one of these.  There were only seven of these made, primarily for royalty.  The longest car on our list, it’s a five minute walk from front bumper to rear (21 feet, actually).  The engine is one of the largest ever built at 12.7 liters. 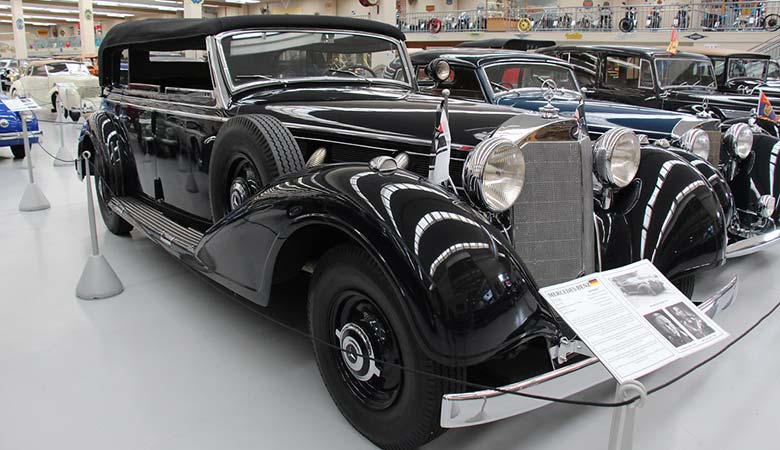 This was never intended as a family car.  It was used as a state vehicle in Nazi Germany.  Adolf Hitler rode in one, as well as his Axis cohort Emperor Hirohito in Japan.  Armor-strong steel all around, massive size (over 19 feet long) and a monstrous engine (457 cubic inches) drove the weight very close to the five-ton mark.