Amphibians are usually confused for reptiles considering some species have features that are common among reptiles. Amphibians can survive both on land and water, but some entirely live in water.

These animals are cold-blooded and about 90% of species underclass Amphibia are frogs. Like all other groups of animals, amphibians have unique characteristics which set them apart from the rest.

They externally fertilize eggs, they grow four legs with a few exceptions, and they are vertebrates.

Out of the 6000 amphibian species on earth, you are likely to find different sizes with some being bigger than crocodiles.

Read on to know the heaviest and lightest amphibians worldwide. 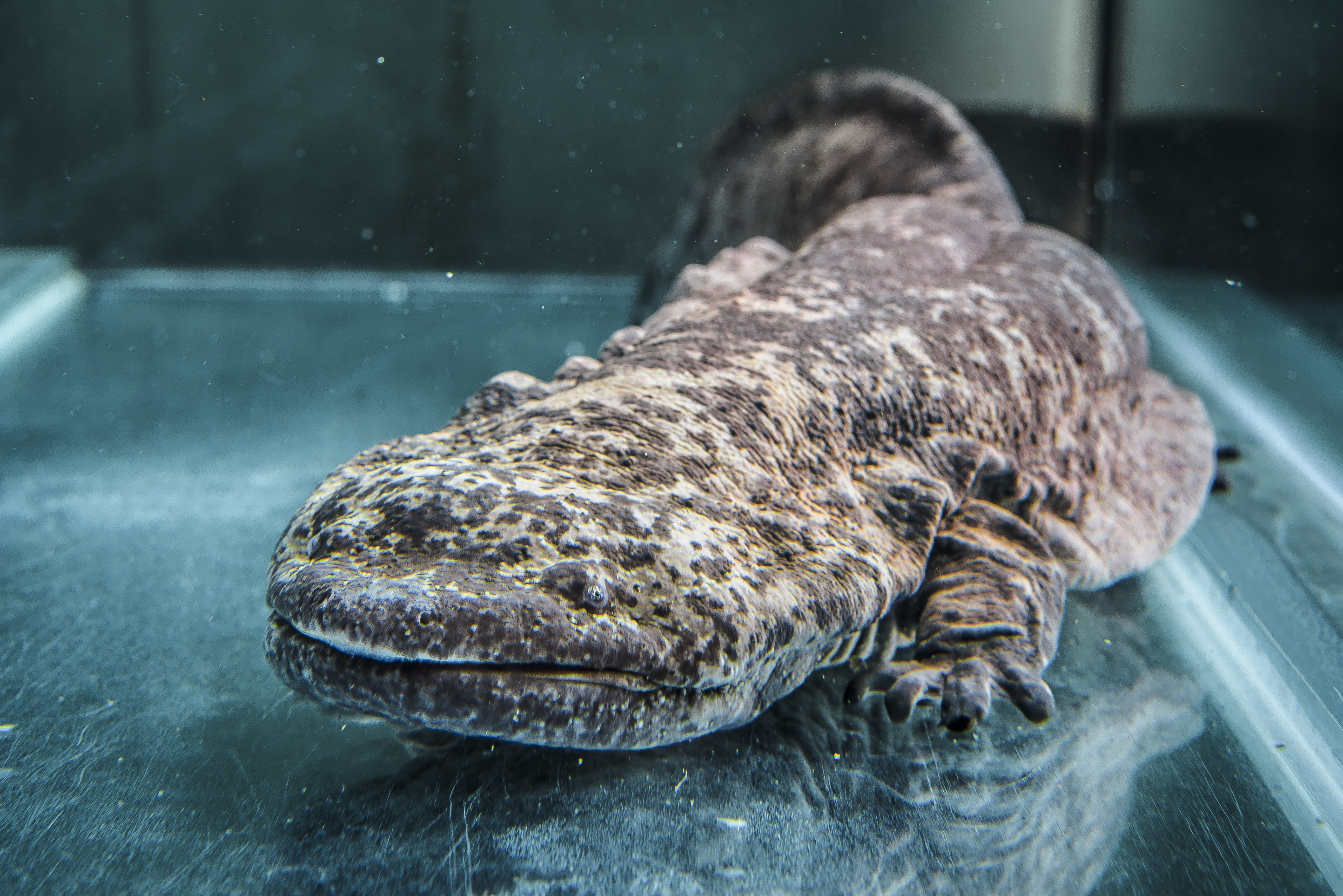 The Chinese Giant Salamander is the heaviest amphibian in the world and also one of the heaviest salamanders. These creatures can grow longer than 6 feet weighing more than 130 pounds initially.

Chinese Giant Salamanders have different color tones, with some being dark brown with speckles, some being black, red, or albino-toned.

These species of amphibians mostly feed on crabs, fish, shrimp, and other amphibians. They also live in rocky crevices and fast-flowing streams.

The majority of the largest salamanders and amphibians are native to China, except the Japanese giant salamander which is foreign.

From its name, the giant salamander can grow beyond 5 feet and weigh approximately 58 pounds.

These amphibian species have brown and black skins which provide better camouflaging at the bottom of rivers and streams.

Their main diet includes frogs, fish, and insects and due to their low metabolism, they can survive for weeks without any food.

The Goliath frog is also known as a giant slippery frog or goliath bullfrog and is the biggest living frog on earth. These large frog species can grow over 13 inches long weighing nearly seven pounds when fully mature.

Their diet majorly consists of snakes, fish, birds, small amphibians, and mammals among many more. However, with the increased deforestation, these frogs are declared vulnerable and endangered. 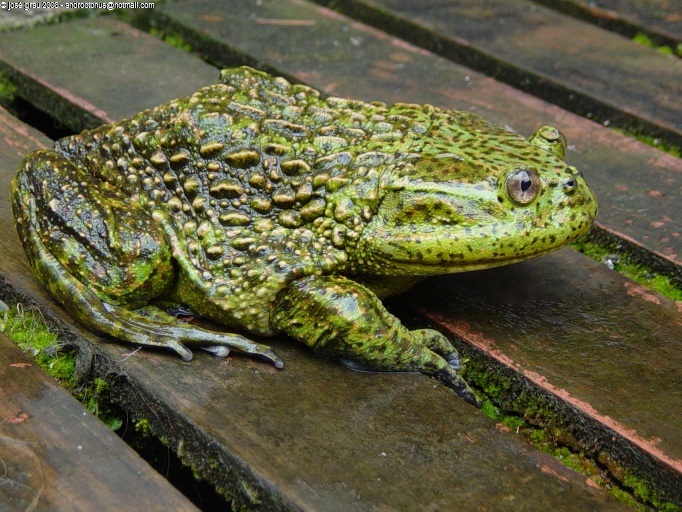 Although they are commonly referred to as helmeted water toads, the Chilean frogs are not actual toads.

These frogs are mostly found in Chile especially in deep ponds with colors varying between green, yellow, brown, and have large heads.

The Chilean giant frog is usually hunted for meat by locals which have almost declared the species extinct.

The cane toad ranks as the largest toad globally and is known to secrete substances from their skin and glands which are irritating and poisonous.

The female cane toad grows bigger than the male toad at a length of 5.9 inches. They are also quite heavy, weighing about 2.9 pounds which is pretty massive for a toad.

Cane toads are mostly yellowish, gray, and red-brown in color which allows them to blend in with their environments. They mostly feed on birds, reptiles, small amphibians, and small rodents.

The Caecilia thompsoni is the largest caecilian in the world, growing over 4.9 feet long.

These worm-like creatures are also some of the heaviest amphibians, weighing around 2.2 pounds when fully grown.

They mostly thrive in tropical moist lowland forests and subtropical habitats. These species of caecilians are found in Colombia and surrounding regions with similar conditions.

The Amazonian horned frog, also known as the Surinam horned frog is quite big and can grow to a maximum of 7.9 inches while weighing 1.1 lbs.

You can easily identify this frog by the horns above the eyes and the wide mouth. This frog species is common in Bolivia, Brazil, Ecuador, Suriname, Peru and other regions surrounding the Amazon ecosystem.

The frog is brown and green in color for better camouflaging within its surroundings.

Fire salamanders are some of the largest salamanders in Europe, growing more than 9.8 inches long.

These salamander species are also among the smallest amphibians weighing roughly 0.6 ounces (19 g). They mostly appear black, with yellowish spots which reflect their name.

Some subspecies may also be red mixed with black or slightly blended into the yellow for a fiercer look. It is quite difficult to differentiate the male species from the female because they all look alike before breeding.

During breeding, the glands around the vent in male fire salamanders become swollen.

The Oak Toad can comfortably perch on a human finger and is one of the smallest amphibians common to North America.

A fully-grown Oak Toad can grow anywhere between 0.75 and 1.3 inches which is smaller than a bottle cap. An Oak toad weighs approximately 0.0005 ounces which closely compares to the size of a Paedophryne amanuensis.

The smallest vertebrate and amphibian was discovered in 2012 in Papua New Guinea. The Paedophryne amanuensis is very small, and scientists could barely locate it among other species.

The frog is 0.3 inches long and weighs 0.0003 ounces (0.1 grams). Scientists believe this frog evolved into a small size for easy feeding on mites and ants that large predators never considered.

Although they appear to be small, these amphibians can jump up to 30 times higher than their body sizes.

There are thousands of species under the Amphibian class and it is quite exhausting trying to cover all of them. From the list, you get to learn about the heaviest all the way to the lightest amphibians that exist within our environments.

Some salamanders rank as the biggest amphibians yet some are small enough to fit on a quarter. To this point, you have more details about certain amphibians that you would have never come across easily.