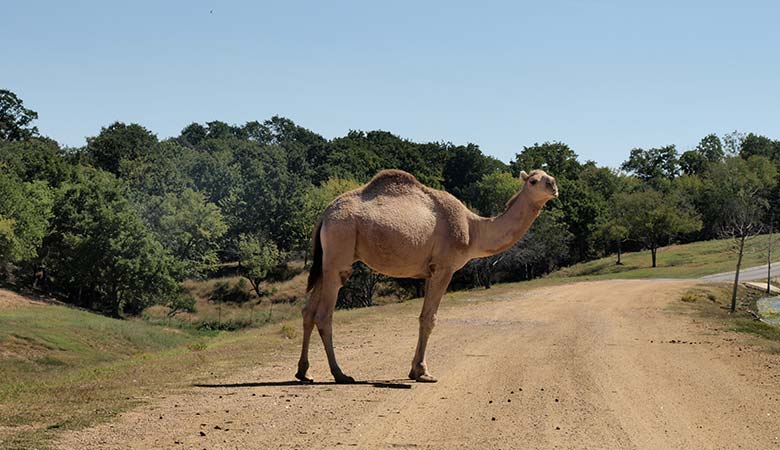 It might surprise you to know some of the animals that grow to weigh around 1,500 pounds. That animal must be an exceptionally large one, right? I guess that depends on what you consider a large animal.

So which animals weigh around 1,500 pounds? There is a wide range of animals that weigh approximately 1,500 pounds. There are more familiar ones like cattle and horses, and then there are those that might be a little less familiar like sunfish and manatees.

Let’s take a look at some specific animals and their relative weights to get a good grasp on what 1,500 pounds really is in the natural world.

These herbivores can grow to a height of 7 to 11.5 feet and reach a weight between 930 and 2,200 pounds. Bison are often called buffalo by mistake and are the heaviest land animals native to North America.

Bison are grazers and feed on grasses, herbs, shrubs, and twigs. Bison populations dwindled during the 19th century when settlers targeted them for food, sport, and to deprive Native Americans of them.

Thankfully their numbers have rebounded from a few hundred to over 500,000 and live on preserves and ranches, raised for their meat.

Not only large, but bison are also quick as well and can reach top speeds up to 40 miles per hour. To learn more about American Bison, click here.

Known as “hairy cattle” in China, Yaks can grow to weigh over 1,800 pounds. Yaks were most likely domesticated for Himalayan trade routes, and continue to be useful today.

Their lung capacity is about three times that of traditional cattle, so yaks are much better suited to the high elevations. Yaks are covered in long, black hair that lays over a shorter black or brown coat for warmth. Source.

The first thing I think of when picturing a large animal would be a cow. Looking specifically at dairy cows, here is a list of a few breeds and their respective weights. Source.

The manatee’s weight can range from 440 to 1300 pounds and can be anywhere from 8 to 11 feet long, fully grown. These gentle, graceful water giants are known as “sea cows.”

While resting, manatees can remain underwater for up to 15 minutes but must resurface every 3-4 minutes while swimming. When seen from a bird’s eye view, it’s likely only the manatee’s nose and nostrils are visible. Source.

The image of the polar bear was made iconic by the Coca-Cola company, but how much does it weigh? Adult polar bears can weigh between 750 to 1,450 pounds.

A high-calorie diet mostly consisting of seal fat helps polar bears maintain their hefty weight. Polar bears are the largest land carnivore and make their home in the arctic. Source.

Camels are well suited for their desert environment. Their humps consist of fat that can be metabolized for water. Camels also have a third, transparent eyelid, two rows of lashes, and can shut their nostrils to protect themselves from blowing sand.

Camels are particularly useful to humans, and not only because of their unique abilities to survive in their harsh desert climate. Camels can carry approximately 375 to 600 pounds and are also a source of meat, milk, and leather and wool products. Source.

In the deer family, moose are definitely the largest. Males weigh on average 794 to 1,323 pounds while females weigh 595 to 892 pounds. Some males can reach all the way up to 1,500 pounds. Male moose have antlers that can reach 6 feet in length from end to end.

Moose aren’t able to survive in warmer climates, because they are unable to sweat. They are only found in colder climates with seasonal snow coverage. Moose are not social animals and only come together in herds during the mating season. Source.

Crocodiles are some of the largest living reptiles in the world. There are species of crocodile: the Saltwater crocodile, the Nile crocodile, and the American crocodile. Check out the table below to see their relative weights.

Adult leatherback sea turtles are massive, and a fully grown adult can weigh between 550 to 1,500 pounds, with some even surpassing 2,000 pounds. They can trace their turtle ancestors back 100 million years.

Leather-back sea turtles can be found in the waters of the Atlantic, Pacific, and Indian oceans, and the Mediterranean Sea. These carnivores have a lifespan of approximately 45 years.

Their shell is slightly flexible and rubbery, unlike the bony shell of other turtles. Leather-back sea turtles can dive deeper than any other turtle, as deep as 4,200 feet, and can stay at those depths for about 85 minutes. Source.

Giraffes are the tallest living animals in the world, thanks to their six-foot-long neck. Female giraffes grow to weigh up to 1,500 pounds, while the males can reach weights up to 3,000 pounds.

To keep their blood pumping, a giraffe’s heart has to be huge. Typically they are 2 feet long and weigh about 25 pounds. Their lungs are equally large and can hold up to 12 gallons of air.

Giraffes are very social animals. A group of giraffes will usually contain about 10 to 20 giraffes and is called a “tower.” Giraffes only sleep about 20 minutes a day, keeping them alert to the presence of any predators. Source.

The average weight of an adult black rhino is 1,800 to 3,100 pounds and is also known as the hook lipped rhino. This rhino species is critically endangered. Their total population is estimated to be between 5,000 and 5,500.  Source.

Black rhinos can reach speeds up to 28 miles per hour and are much more aggressive than the white rhino. This is definitely not an animal you want to surprise. Black rhinos can generally be found in:

Adult ocean sunfish can weigh as little as 545 pounds to as much as 2,205 pounds. They can be quite a sight for divers and are the largest bony fish in the world. Sunfish favor temperate and tropical oceans.

Sunfish are omnivores that feed on other fish, zooplankton, and algae. Their favorite food, though, is jellyfish. They won’t harm humans, but are curious animals by nature and will often get close to divers to investigate.

Grizzly bears are a subspecies of brown bears and have an average weight of 700 pounds. Females can get up to 800 pounds, while male grizzly bears can tip the scales at 1,700 pounds.

Grizzly bears are omnivores and feast on a wide variety of plants and animals, such as:

Grizzly bears are listed as a threatened species. There are only 1,500 Grizzlies left in the United States and about 31,000 in Alaska.

While it’s definitely not the norm, the heaviest recorded human weight belongs to Jon Brower Minnoch. At his heaviest, Minnoch weighed 1,400 pounds.

Suffering from generalized edema, it is estimated that approximately 900 pounds of Minnoch’s weight was retained fluid.