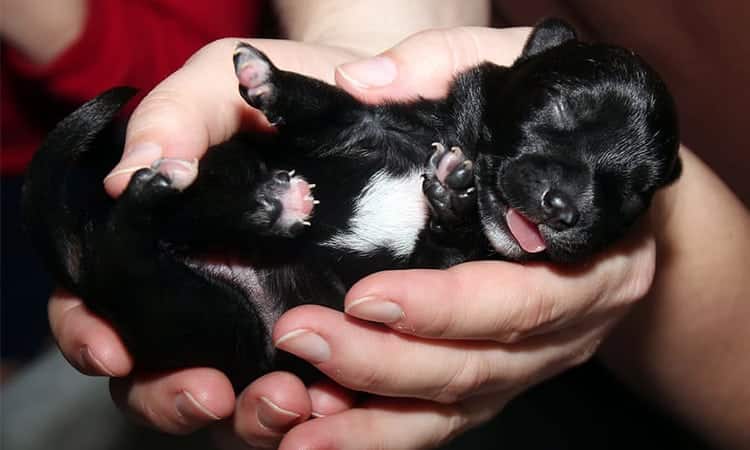 I love finding out obscure facts about objects, such as their weight. Whether it’s babies that were born very heavy, strangely large rocks, or even just the weight of my favorite chocolate bar, I want to know how heavy it is. So, we compiled a list of common things that weigh 100 grams.

One hundred grams is about 0.22 pounds or 0.1 kilograms. Since it is such a small amount, the things you’re going to find that weigh about a hundred grams are going to be tiny and cute, which makes for a better list, in our opinion. This list has been broken down into a few sub-categories: animals, household items, and food.

There are lots of animals that weigh about 100 grams, and even more that you can couple together to make that. Knowing how much your animal weighs might be a useful tool if you’re trying to rent a place.  Some landlords, especially in large cities like New York, limit larger pets, like dogs, by their weight.

Mice, specifically field mice, are so tiny and cute that it physically hurts sometimes. One field mouse doesn’t weigh 100 grams. In fact, they only weigh about 30 grams each. At birth, they weigh about 1-2 grams. So, if you have baby field mice, you can get to about 50 before you reach 100 grams, and if they’re adults, you’ll have three and ten babies.

Of course, the weight of the little tiny newborn puppies depends on the breed. Great Dane puppies are going to be larger than chihuahua puppies. The type of puppies that usually weigh about 100 grams at birth are smaller breeds like chihuahuas, Boston terriers, and beagles.

Tree frogs are teeny-tiny little things, and their weight reflects that. The typical adult male tree frog weighs about 50 grams, so you would need two to get to 100 grams, but some females weigh as much as 90 grams when they’re full-grown. Never fear, though–babies weigh about five grams each, so if your adult frog is bigger, get two babies. The more frogs you have, the better off you’ll be, at least in your heart.

When baby African penguins are fresh out of their egg, you can expect them to weigh about two ounces, which is somewhere in the area of 56 grams. Under this logic, you can have at least one full baby African penguin and then a couple of field mice or some baby tree frogs. If you’re trying to start the most eclectic zoo in history, this could be a good starting place for you.

Quickly, baby African penguins begin to gain weight quickly after birth, and, when they’re fully grown, they weigh in at about 6.8 pounds, or about 3 kilograms. So, realistically, a full-grown African penguin weighs about as much as a newborn human baby.

You can’t have a discussion about how much animals weigh and not also talk about their poop.  Okay, you can, but what’s the fun in that?  Rabbit poop is easy to weigh–a rabbit poops about the weight of 5 large strawberries a day. A large strawberry weighs about 20 grams. So, a rabbit poops around a perfect 100 grams a day. For scale, one rhino poops around 20 times that in one day.

Okay, no more poop talk. This is perhaps my favorite category. It’s so random and will make you want to weigh anything and everything around you for the rest of the day. What you’ll find, though, is that there are not that many household items that weigh under 100 grams. Household items typically have a more concrete weight, since they’re not growing and changing daily.

This one requires a little bit of math, but don’t worry. It’s already done. There are three classes of paper clips you’ll find lying around your house: small, regular, and jumbo-sized clips. A small paper clip weighs about one gram, meaning you could have 100 of them if you wanted 100 grams worth of paper clips. The regular paper clips are the same weight. However, a jumbo paperclip weighs about 1.5 grams, so you could have about 90 of those and then 10 regular or small clips.

What do you clip with paper clips? Paper, that’s what. One sheet of standard US letter-sized paper weighs about 4.5 grams. By this logic, you can have 22 sheets of paper and one standard clip to hold them all together. That means you could print out the first chapter of William Golding’s Lord of the Flies, as long as it was the small print edition, which starts on page 6 and ends on page 28. Or, you could print out 22 pages of pictures of puppies, field mice, and rabbits. The choice is yours.

This one is a little unsettling, and it doesn’t necessarily count as a household object, but where else is it supposed to go? One human molar weighs about 1.4 grams.  We each have twelve molars.   So, after doing some math, you’ll find that you can have about 71 human molars that will weigh equal to 100 grams. That means you have about the equivalent of 6 human mouths worth of molars, if one of those people has had a wisdom tooth removed.

Some people do wear incredibly heavy earrings, but for the most part, one earring is usually about four grams. That means you can have 25 earrings to weigh a total of 100 grams.

Rabbits poop about the weight of five strawberries per day, but how much does that weigh? The food category will take you through some of your favorite foods and show you just how much of them you can eat for 100 grams.

The recommended serving size for Cheez-its, which are arguably the best snack crackers, is 30 grams.  Each cracker is 1.1 grams, so that’s about 27 crackers. So, for one hundred grams, you could have 3 and 1/3 servings of Cheez-its, which is about 1/4th of the box.

No way, dude. That’s crazy. Until you start weighing things around you, you may not have any idea how much something weighs, whether it’s an animal, a food item, or even the cap to a pen (approximately 1 gram, by the way). Weight is something we as humans focus on a lot in ourselves, but we don’t so much worry about the things around us, so learning about seemingly trivial things like how much they weigh is something that, when you take the time to do it, might surprise you.