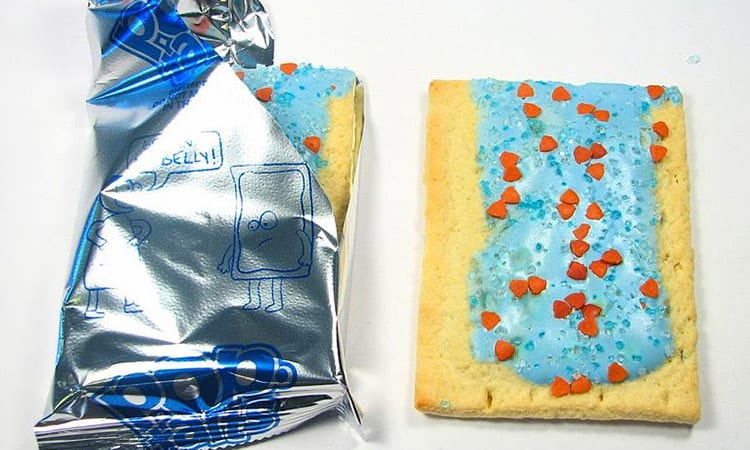 Not only does knowing how much certain things weigh help you determine how much you need, but it is also a fun fact that you can share at parties. If you ever need or want something that weighs 200 grams, you have a few options. Some of these common items may surprise you.

What common items weigh 200 grams? Many items can amount to 200 grams, such as a roll of nickels and a cup of granulated white sugar. Other items of that weight include three C-cell batteries and an adult hamster. However, there are plenty of other everyday things that all weigh the same amount.

Whether you need to weigh out 200 grams without a scale or you want to compare the weight of things, you should know what weighs 200 grams. Plenty of items make the list, so you have a ton of options. Don’t be afraid to whip out any of these items when you need an easy way to weigh something.

1. A Roll of Nickels

If you have a bank account and two dollars available, you can get a roll of nickels from your local branch. The 40 coins inside a roll of nickels each weigh 5 grams, and together they weigh 200 grams. Of course, you will still have to account for the paper that contains the nickels.

To get an exact measurement, make sure you take the paper off as it could add a slight amount of weight. You should also try to get a roll of new nickels, though that might not always be possible. However, as nickels wear down, their weight can change.

The metal can wear away and make the coin lighter, and dirt can collect on a nickel and make it heavier. Unfortunately, you can’t always tell if the coins are new, but there are no doubts that a roll of nickels will weigh very close to 200 grams. If you want a roll of new nickels, contact Federal Reserve Bank in your area, where they will at least know if new coins are coming in soon.

As with nickels, you can calculate 200 grams with a set number of pennies, though you’ll need more than a single roll. You’ll need 80 pennies, or 80 cents, to reach that 200-gram mark, and you can also get pennies from your local bank. Unlike nickels, though, pennies come in rolls of 50, so you’ll need a little less than two rolls.

If you have a dollar to spare, you can exchange or withdraw two rolls of pennies. Of course, you’ll have 20 extra pennies left over, but that can come in handy. Like with nickels, consider opening both rolls of pennies to inspect them.

Dirty coins might weigh a little more than the standard 2.5 grams that pennies weigh. On the other hand, older coins would weigh a bit less due to the metal wearing down. If you open both rolls of pennies, you can find the best 80 out of the bunch to get 200 grams worth.

3. A Cup of Granulated Sugar

Different baking ingredients have different densities, and that can affect how much they weigh. While a cup of granulated sugar weighs 200 grams, a cup of flour weighs around 120 grams, which is much less than 200. When packed tightly, a cup of brown sugar could easily weigh 220 grams.

It can be helpful to know the volume of different baking ingredients so that you can get the right amount. Packing flour or sugar too much or too little could mean not having the right balance of ingredients. Whether you bake often or not, having a cup of granulated sugar on hand means you can easily compare other ingredients by weight.

They may not be as common household pets as dogs or cats, but hamsters can be fun to have around. As an adult, a Syrian hamster, or golden hamster, has the added benefit of weighing about 200 grams.

You can always take your hamster to the vet to double-check their weight, and that’s not a bad idea if you need an accurate measurement. If you have a hamster and it’s at a healthy weight, that weight will probably be close to 200 grams.

Not only is that useful to know if you need to compare the weight of something, but it also can help you determine if your Syrian hamster is healthy. If they weigh significantly more or less, that may be a sign that the hamster has health problems. To see how that compares to the weight of other hamsters, click here.

Drifting away from animals, check your stock of batteries where you might find three C-Cell batteries. Each one weighs about 67 grams, and together that adds up to just over 200 grams. Specifically, the three would weigh 201 grams, but that’s a lot more accurate than some everyday items.

C-Cell batteries aren’t as common as different types of A batteries, but they’re easy enough to find. If you want to use batteries to measure 200 grams, you can use new or old batteries as the weight won’t change as they get used up. Now, the density of the battery could change, but that’s not an issue when you need the weight.

Who doesn’t love to eat a Pop-Tart or two for breakfast on a weekday morning? If you have Pop-Tarts on hand, 4 of them will weigh 200 grams. Of course, you should get rid of the foil packaging on two packs so that it doesn’t add extra weight.

You can use different varieties of Pop-Tarts, and 4 of them will come close to 200 grams. However, the cinnamon variety is more accurate compared to other options. Make sure you select the frosted Pop-Tarts since the unfrosted ones weigh slightly less than 50 grams each.

The majority of people have access to water, either through the tap or buy purchasing bottled water. Two deciliters of water, or about 200 cubic centimeters, weighs 200 grams. You can use a 2-deciliter cup to measure the water, or you can use a measuring cup.

Each deciliter amounts to 100 milliliters, so you’ll need double that. If you want to use water to calibrate your scale, place your chosen cup on the scale and press tare, which will reset the scale. Then, pour 200 cubic centimeters into the cup, and you should have 200 grams.

Water is one of the best options because you most likely already have some in your house. You don’t need to go to the bank, a hardware store, or the pet store to get it. Just make sure that you take note of the weight of your cup so that you get the most accurate weight and measurement of the water.

Many common items weigh just about 200 grams. While some things come close, the items here are all right on the dot or off by a gram. Some items, like water, may be more common than others, but they’re all easy enough to get whenever you need or want something that weighs 200 grams.