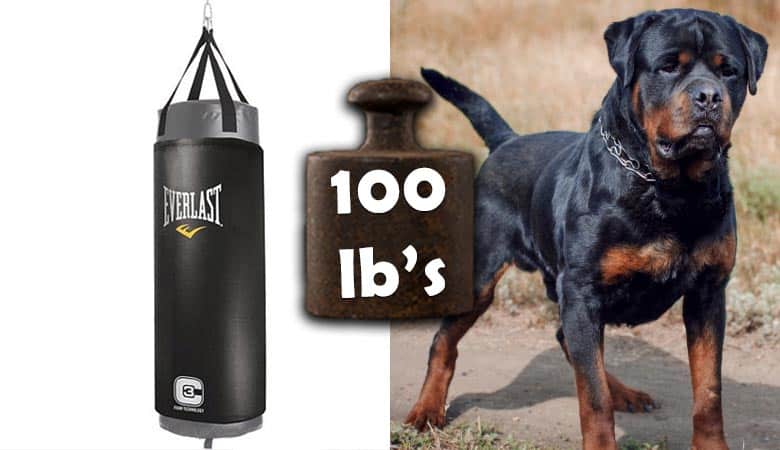 Most people spend their adulthood trying to lose pounds. In fact, a recent read selected 20 people who lost more than 100 pounds to share their weight loss secret. Another read suggested 17 ways to lose 100 pounds or more.

Constant reveals showed hundreds, if not thousands of people who have lost 100 pounds or more, on purpose. One hundred pounds of extra weight is something people deal with. When we are able to release that extra weight and let it go, it’s a triumphant time.

If you want to do a comparison of how much of a release that is, here are 10 things that weigh as much as some of us are trying to lose, at least one hundred pounds.

Weight lifting bars are the staple of working out. They come in an array of weight sizes, and they are not all the same balance.

It’s important to know the weight size that works best for you without causing you serious injury.

A person should never start out lifting 100 pound weights, but work their way up to them. They will know it’s not too heavy if they can do repetitions of the lifting.

Pumpkin growing contests happen across the country every year and are major hits at agricultural events in the Fall, and each year the winning pumpkins get larger.

The 1,000 pound mark was breached around the turn of the millennium. Since then, a German gardener took the world record with a pumpkin that weighed in at 2,323 pounds.

For all that pumpkins afford us in their sweet and savory dishes, they also serve as beautiful, bright fall decorations. Large pumpkins require a good deal of work, preparation and care. And they are well worth the admiration.

Hippopotamus’ are large animals that can weigh up to 3 and half tons in adulthood. They grow up to be 13 feet long and can stand as high as 5 feet tall, and can have a lifespan of 50 to 60 years. A mother hippo will go off on her own for about a week or two to have her baby. Baby hippos weigh 55 to 120 pounds at birth.

There are several types of dogs that weigh in at around 100 pounds. The top five are mentioned below:

Akitas are large, powerful, and alert dogs. They have much substance and heavy bone, and their small eyes carry forward in line with the back of their neck. The female dog can get as big as 100 pounds. The males can weigh anywhere from 100 to 130 pounds.

Bloodhounds are powerful dogs, whose skin is thin to the touch and extremely loose, especially around the head and neck where it hangs in deep folds. They are also good at hunting for scents. Female bloodhounds can weigh up to 100 pounds; the males can weight anywhere from 90 to 110 pounds.

Komondors are in a league of their own. They’re large, muscular dogs with plenty of bone and substance. What makes them stand out is their unusual heavy coat of white cords all over their body. It serves as a good form of protection from extreme weather and beasts of prey. Female dogs can weigh 80 or more pounds; males weigh at least 100 pounds.

Kuvaszs are large, sturdy built dogs who are well-balanced and are pure white. While the females usually weigh in at just below 100 pounds, the males can weigh anywhere from 100 to 115 pounds.

A rottweiler’s compact and large built exhibits strength, agility, and endurance. They’re robust and powerful with defined rust markings. The female dog can weigh anywhere from 80 to 100 pounds; the male can weigh 95 to 135 pounds.

Read next: Top 15 Heaviest Dog Breeds in the World

The hawksbills sea turtle is a small, agile turtle with an oval-shaped body. It’s distinguished from other sea turtles by its sharp, curving beak and the saw-like appearance of its shell margins.

It changes color depending on water temperature, and although it lives part of its life in the open ocean, it spends most of its time in shallow lagoons and coral reefs.

Adult hawksbills weigh between 100 and 150 pounds, and their shells grow to an average length of 2.5 feet.

The AGM-114 Hellfire is an air-to-surface missile. It was originally developed for anti-armor use, but was later used for precision drone strikes against other targets.

With a range of five miles, the Hellfire missile is the primary 100-pound (45kg) class air-to ground precision weapon for the U.S. military.

It’s sister bag, the Everlast Powercore Nevatear Training Bag is the second heaviest of the Everlast punching bag family weighing between 80 and 100 pounds.

A foal is a young horse within its first year of life. At birth, a baby horse typically weighs 10% of its mother’s weight.